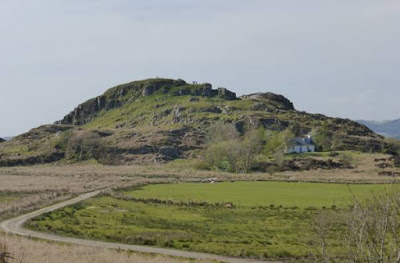 Dunadd is a hill fort in western Scotland, perched atop a rock that rises dramatically from a boggy plain. It was occupied in the Bronze and Iron Ages, but its glory days came in the early Middle Ages when it was the capital of Dal Riada, the Kingdom of the Scots. 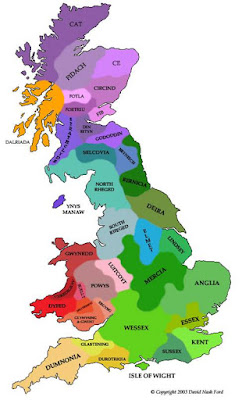 Scots, you know, came from Ireland; until they showed up around 400 AD the place was part of Pictland. Behold a nice map of Britain around 550 AD that shows the Pictish kingdoms in purplish, the Welsh in reddish, the Saxons in greenish, and the Scots in orange. 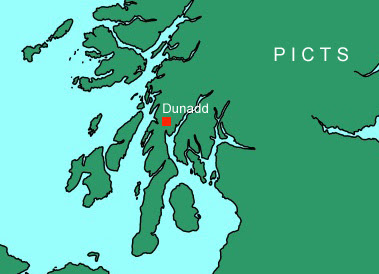 So Dal Riada was an Irish kingdom in western Scotland, with close ties to Ulster. Written sources tell us that at times in the 7th and 8th centuries its capital was at Dunadd, and most scholars think that Dunadd was the place that still bears the name. 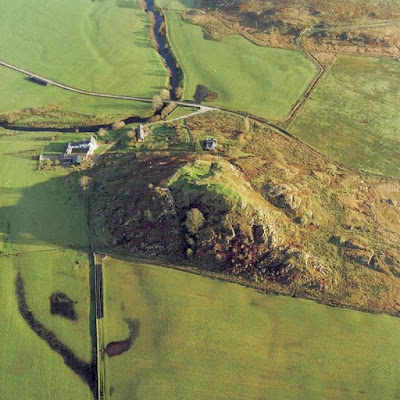 Dunadd is a site chosen for defense. It is not convenient to much of anything by land, and the best road from the site to into central Scotland is a causeway across miles of bogs. 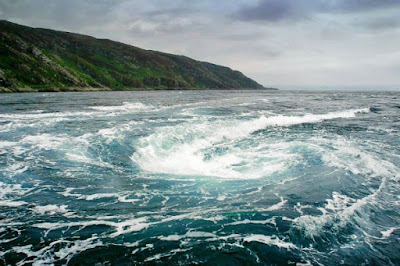 The approach by sea takes you past the famous Corryvreckan whirlpool, where the hag of winter was said to do her laundry, a death trap for sailors without local expertise.

This tells you something about the kings of Dal Riada; despite their golden jewelry and gold-tongued bards, they clung rather precariously to the shores of Scotland. Chronicles tell us that Dunadd was twice taken and sacked by Pictish warlords, and for long stretches Dal Riada was dominated by the Saxon kings of Northumbria. 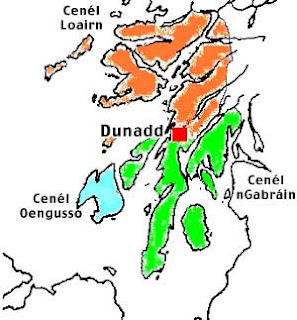 Besides the foreigners, the Scots had problems with each other. Two powerful clans competed for lordship, the Cenél nGabráin and the Cenél Loairn, and Dunadd was pretty much on the boundary. They passed the capital and the kingship back and forth between them. 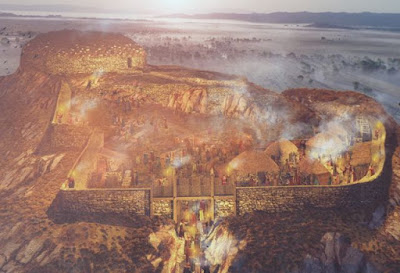 Reconstruction of Dunadd at its height. 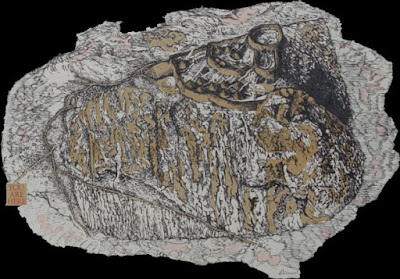 And another. Note the long-standing problem of whether certain stone constructions (like the round citadel at the top of Dunadd) had roofs or not. 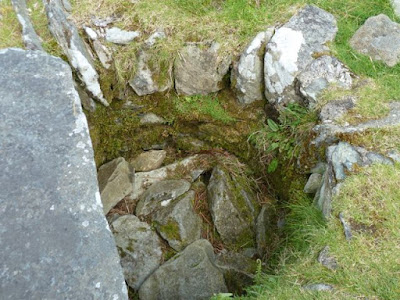 Well, on one of the lower terraces. 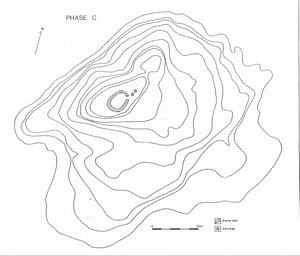 Dunadd has been excavated three times: in 1904-5, in 1929, and in 1980-1. The most recent excavations were the most interesting. They established the sequence of construction of the features and rough dates for the phases. They also found lots of pottery imported from France, which presumably arrived full of wine, an interesting look into overseas trade in the Dark Ages. 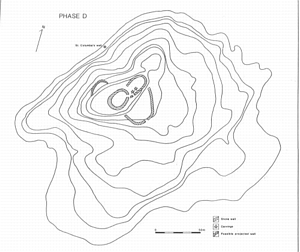 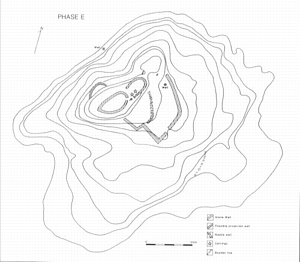 The most recent archaeologists dug only four trenches, two of which were pretty much empty. But one landed on top of a metal-working shop of the 7th century and produced wonderful things: more than 200 crucibles, hundreds of molds and mold fragments, and numerous pieces of bronze, silver, and gold. I would love to show you pictures, but so far as I can tell there just aren't any. Grrrrrr. One day British archaeology will enter the internet age. I hope this happens before I die but I am not counting on it. 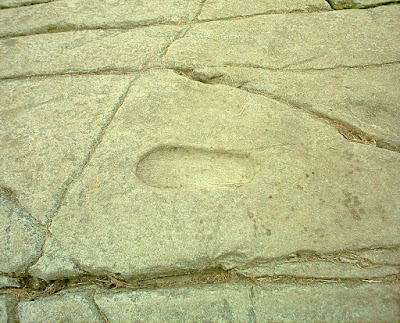 The most famous thing about Dunadd is the footprint (size 8) carved into the rock. This is not the original but a concrete cast that sits on top of the real thing to preserve it. It is supposed to be an exact recreation, and from what I can tell most folks who visit the site don't even realize the substitution. 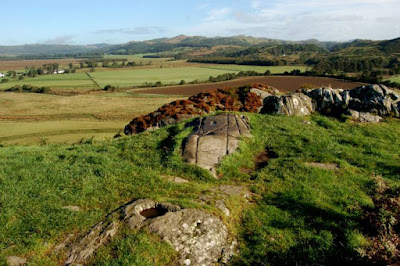 Many people think this foot print was used in the ritual that made Dalriadan kings: you put your foot in this and said whatever one said and got blessed by some important abbot and presto, you were king. The Irish had lots of such traditions, and the famous Stone of Scone was used in making kings of Scotland until Edward I stole it and put it under his throne. But now we have democracy so anybody who hikes up to the top of Dunadd can put his or her foot on the (concrete cast of the) royal footprint and be king for a minute or so. 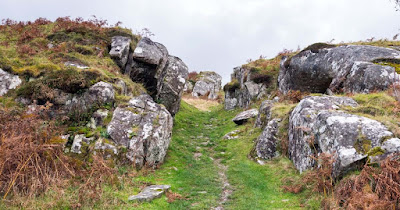 Seems like a wonderful place to imagine long-ago worlds.
Posted by John at 9:39 PM