Mount Kumgang in a Divided Korea 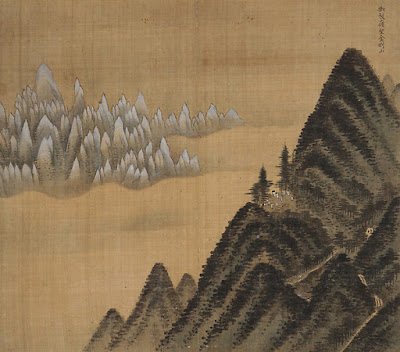 Timed to coincide with the Winter Olympics, the Met is staging a show of paintings and drawings of Mt. Kumgang, a sacred place in traditional Korea. Jason Farago:


The skiing events take place in the Taebaek Mountains, and for centuries before Alpine sports came to this country, pilgrims, artists and tourists trekked to these thickly forested peaks that span the eastern crest of the Korean Peninsula. No mountain in the Taebaek range is more august than Mount Kumgang, also called the “Diamond Mountains”: a stunning expanse of jagged granite peaks and coursing waterfalls, praised by poets and painters, Koreans and foreigners, Buddhists and neo-Confucianists, for more than a millennium.

“I wish that I had been born in Korea,” the 11th-century Chinese poet Su Shi is said to have wept, “so that I could see the Diamond Mountains in person!”

This month’s visitors to Pyeongchang will not be able to see them either. Mount Kumgang, just 90 miles as the crow flies from the Olympic Stadium, lies in North Korea — and, except during the years of Kim Dae-jung’s Sunshine Policy, it has been impossible to travel there from the South (or, indeed, from almost anywhere). The mountains, central to the cultural history of both countries, have become a misty mirage in the South Korean imagination. 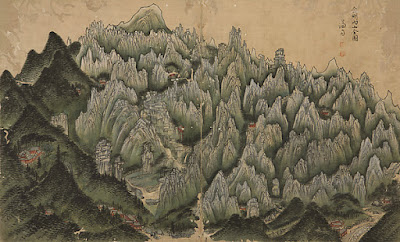 This reminds me of what I posted the other day about the Berlin Wall. As a teenager I believed that the division between East and West Germany was permanent, or at least would outlive me, and that those Germans working for unification were foolish dreamers. But already my children had to learn about all that in history class. 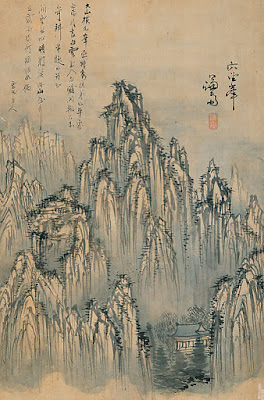 So while unification of Korea does not seem close, who knows?
Posted by John at 8:07 AM