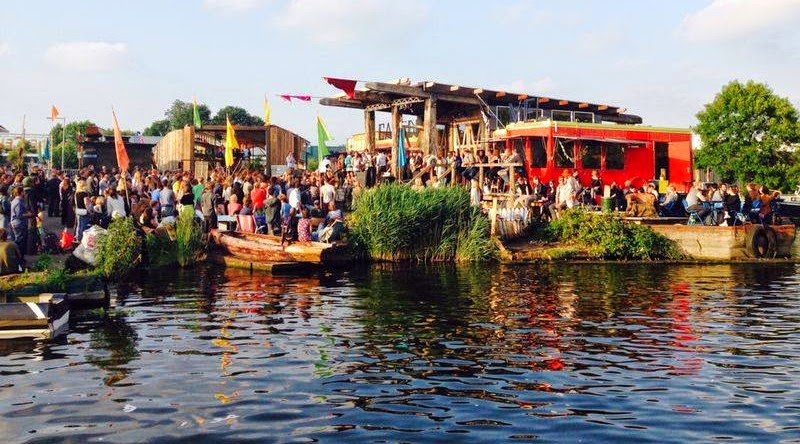 De Ceuvel is a new neighborhood in Amsterdam that is getting a lot of attention despite its tiny size. 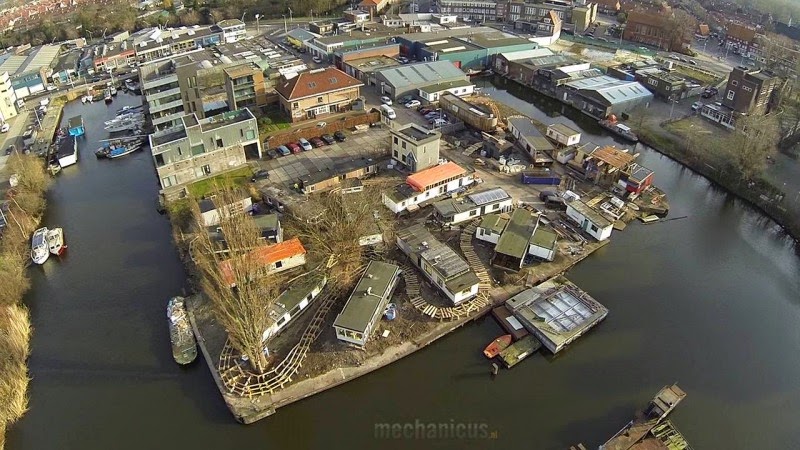 This little neighborhood of houseboat offices and a cafe was once a shipyard and the soil is heavily contaminated. So what to do with it?


In 2012‚ the City of Amsterdam offered a challenging call for development proposals for a 4‚470 m2 piece of waterfront land. The plot was offered for free‚ but with a series of caveats: it was only available for ten years and had to be a clear site at the end of that time‚ it could not include housing‚ it must attract the endlessly desirable “creative” crowd‚ and its polluted soil needed to be cleaned. This meant the winning pitch had to be innovative on environmental‚ economical, and construction fronts simultaneously. 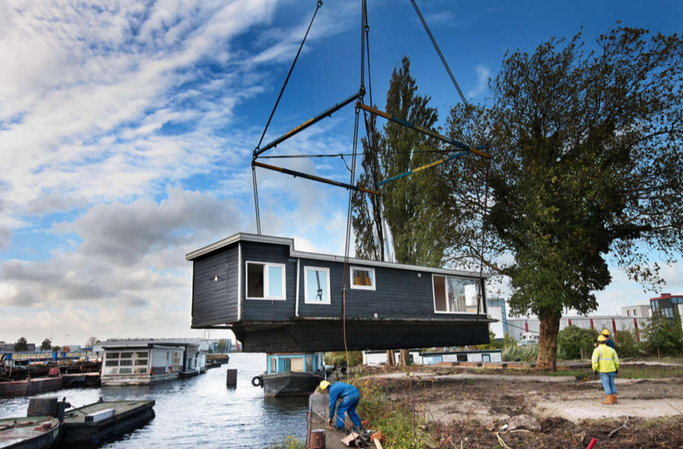 A design shop called space&matter came up with a clever plan for a temporary neighborhood: houseboats moored on land, connected by raised walkways. The site clean-up would be achieved by carefully selected plants such as fireweed and willows. The project would also generate its own power via solar panels and process its own waste using composting toilets and biofilters. This green approach made the project irresistible to that sort of person:


The original tenants were found through an advertisement on Marktplaats, a Dutch ad site, which asked potential tenants to chose one of the houseboats on sale that week, pretend that they could buy it for one euro and explain what they would do with it. And, in fact, most of the houseboats were acquired for that nominal sum. As Amsterdam’s canals gentrify, and moorings are being leased by wealthier and more demanding residents, old boats are being scrapped to make way for new. 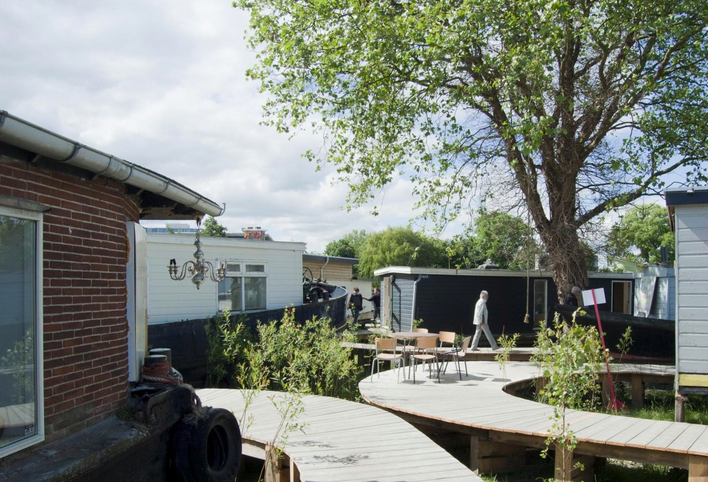 To achieve the project within their limited budget, the designers came up with all sorts of clever dodges:


Many time-consuming‚ red tape permit issues were avoided by refurbishing the boats on the water (no permit necessary to do so) and then hauling them on site afterwards. To both formally and functionally bind these diverse boats moored on dry land‚ a 450 m2 raised wooden walkway was added. It allows for pedestrian access without disturbing the cleansing plants or the provision of water and power to the units.

Of course many urban experiments are cool for a while but then fade back into slums, but in this case that wouldn't matter because the site is supposed to be cleared again in ten years anyway.

This sort of project makes me feel optimistic about our species, and it makes me even less tolerant of the sort of "civilization is going to end" rhetoric that permeates our zombie apocalypse culture. There are millions of people who are energized by the challenge of creating something new from scraps, and the worse things get, the more they will come to the fore to fix them.
Posted by John at 7:32 AM