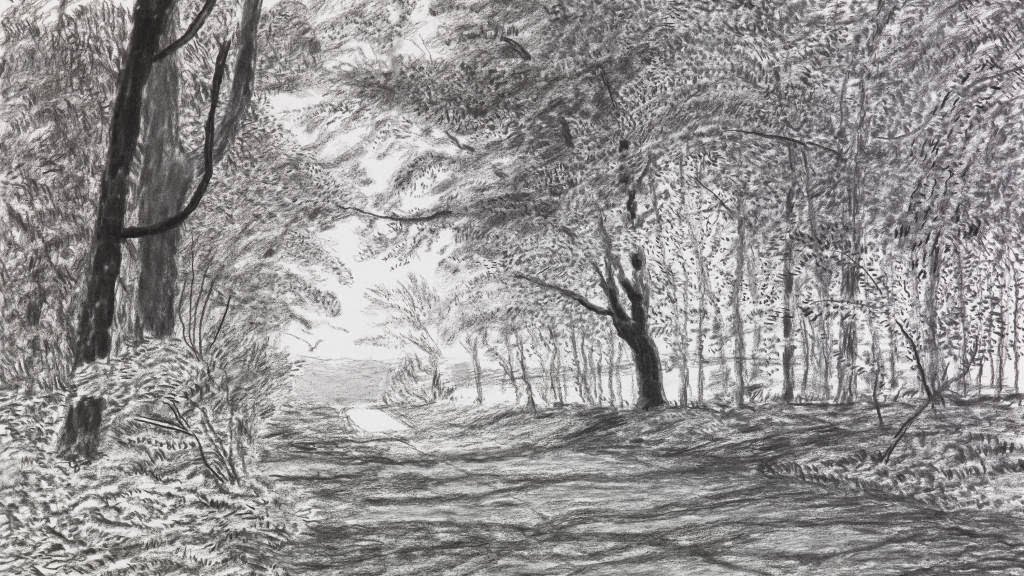 He’s probably correct about that. For the past decade or two, it has been hard to say what the cutting edge might be. In a world without rules it is impossible for anyone to break any. ‘They thought they would get authority by damaging the other, earlier establishment,’ Hockney suggests. ‘But by doing that you damage all authority.’

Hockney himself has never been a member of the avant-garde, or any other team; more an expeditionary force of one, determinedly pursuing his own explorations. The centre of his interest has always been what he calls ‘the depiction of the visible world’. And his crucial skill has been drawing, which he was thoroughly taught at Bradford and practised late into every evening, thus developing an extraordinary virtuosity.

He laments the neglect of drawing in recent art education. ‘People had been drawing for 40,000 years, and they gave it up in 1975. It’s almost funny. But they couldn’t give it up really. You can’t: it’s always back to the drawing board!’ 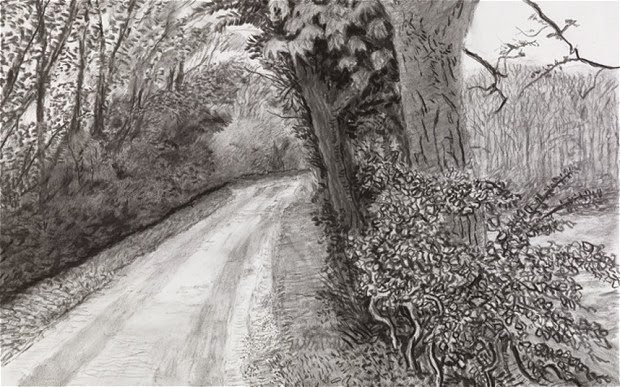 The decline of drawing has been a theme of Hockney's lately; he said in another interview,

As someone who cares a lot about drawing and is deeply engaged with ideas of creativity and the "cutting edge", i think it's amazing that it took over 100 years for people to give up on drawing. Once photography happened, drawing couldn't possibly serve the same function it used to! That said, it is a useful skill - just not culturally central any more. Likewise the desire to rebel against authority. We may have a more loose establishment these days, and "rebelling" isn't what it once was, but it's still easy to see who's doing innovative work. It's exciting up see artists working with new technology (3d printing, wearable art, etc), people doing insane and beautiful craft with new materials, young artists speaking out against the political status quo, and everyone using old technologies in new ways. These are interesting times!