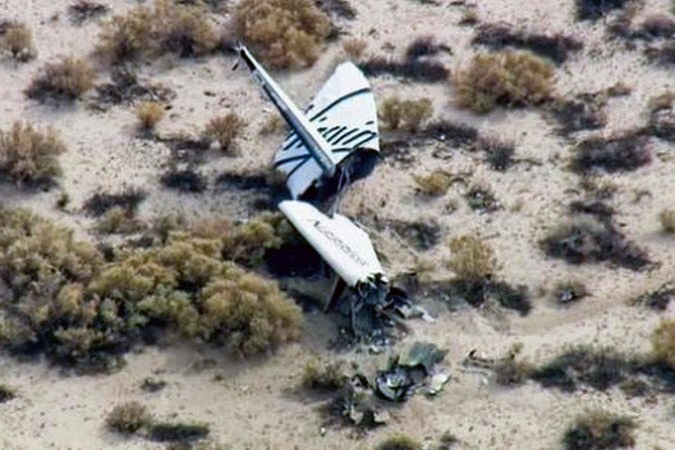 Virgin Galactic's Spaceship 2 crashed in the desert yesterday, killing one of the two pilots and pushing back their plans to start offering flights to paying customers next spring. 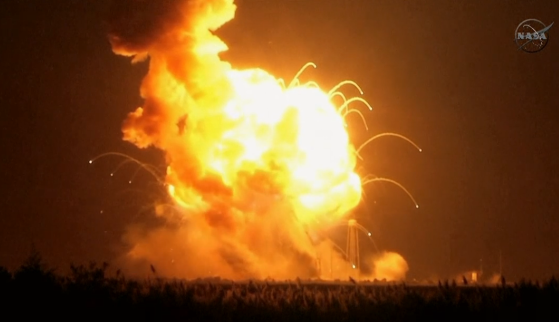 Earlier this week a commercial rocket headed for the International Space Station exploded. So not a great week for commercial space flight.

Let me say that I have never personally understood the hype around commercial rocketry.

NASA has been hoping that switching to commercial launch companies would save money, and in the short term it has. These incidents make people wonder, though, if the money has been saved by reducing safety and whether that is sustainable in the long run. NASA also has vaguely grandiose ideas about sparking some kind of commercial space industry. But doing what? Except for communications satellites, what does any commercial entity need in space? The space industry has always been driven by the needs of governments (spy satellites, launching astronauts, etc.) and I don't see why or how that would change. Right now celebrities and billionaires are willing to pay huge sums for brief trips to space -- Brad Pitt and Angelina Jolie are said to hold $200,000 tickets for Virgin Galactic's first commercial flight -- but once that gets old, then what? Sure, people would pay big money for trips to the moon, but is that really a viable business model? I just don't get it; I don't see how there is enough money to be made in space to sustain capitalism there.

It feels to me like another libertarian fantasy -- if we can pry space out of the cold, clammy hands of government and turn loose individual initiative, something great will happen. I doubt it.
Posted by John at 11:24 AM

I regularly struggle to discuss space flight with most people, because like yourself I think it lacks any tangible value any longer - and that means I tend to annoy and frustrate people who embrace the collective modern fantasy of humanity's inevitable grand intergalactic space empire, and vice versa.

I will be the first to admit that the Space Race did result in many tangible technological benefits - but I will also be the first to point out that not only were such advances not the driving motivation for our going into space, but even more importantly, we've since flatly plateaued in our capacity to achieve further meaningful progress.

Which is not to say we shouldn't still send the odd probe or two off on scientific missions, or that we shouldn't conduct experiments in microgravity. There is still a place for space endeavor solely from a pure research standpoint.

But practical gains from space? I don't believe they exist any more.

The physics are what kills the fantasy for me. I have a very good grasp of just how much energy it takes to put a given amount of mass into orbit, and I know how obscenely huge, empty, and exceedingly dangerous space is. It is painfully obvious to me that humanity is never, ever getting off this rock. We might send dozens, even hundreds of people into orbit - but the distances are so great, and amount of fuel needed so excessive, that even sending a single person to our nearest neighboring star system is completely, absurdly impossible.

Even with theoretical, as-yet-entirely-hypothetical, incredibly advanced and powerful propulsion systems, getting to Alpha Centauri would take half a century. Even if we somehow magically seeded a permanent colony (How? I have no clue! The amount of materials involved would be insane!), we'd still be unable to interact with said colony in any meaningful way.

If there were valuable physical materials of use to earth (incredibly unlikely), getting them back would require insane amounts of resources and time - even if we were shipping back pure platinum, or some other absurdly rare and valuable commodity (and assuming prices magically didn't drop when the first shipment arrived and supply of went through the roof), it would still be completely economically unviable, by several orders of magnitude.

But even just basic communications would be essentially impossible, as light-speed communications would still require almost four and a half years each way. At best we could have the colony send regular reports of their progress, but what value is that to us? It's not as if they can perform research that would be of any meaningful value - certainly nowhere near worthwhile given the incredible, staggering, insurmountable costs and difficulties of establishing the colony in the first place.

But most everyone I speak to any more still clings to starry-eyed delusions of humanity spread among the stars, living in some sort of sci-fi pop culture intergalactic space opera. Everyone oohs and aahs at each new rocket we launch, swelling with pride and a sense of accomplishment as millions and millions of dollars literally go up in smoke (and that's even assuming it doesn't just explode!) all for the sake of putting a few hundred pounds into orbit. Everyone is too busying dreaming of pie in the sky exotic space life and adventure to realize the futility of it all, and the absurdity of carrying on with such pipe-dreams while the world continues onward as ever, still full of hunger, hatred, and strife.