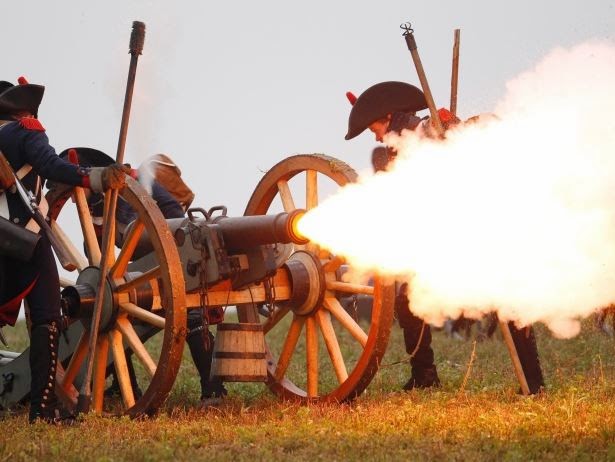 The Battle of Austerlitz was fought on December 2, 1805 near Brno in the modern Czech Republic. It was one of Napoleon's greatest victories, in which he lured an army of Russians and Austrians into attacking his men in a position that looked advantageous for them but was actually a trap. As Napoleon predicted, the allied forces shifted so strongly to both flanks that he was able to split their center with a great charge and then turn on one of the isolated wings and crush it. (Some American historians think Lee was trying to recreate this feat when he launched Pickett's men at the Union center on Cemetery Ridge on the third day at Gettysburg.) 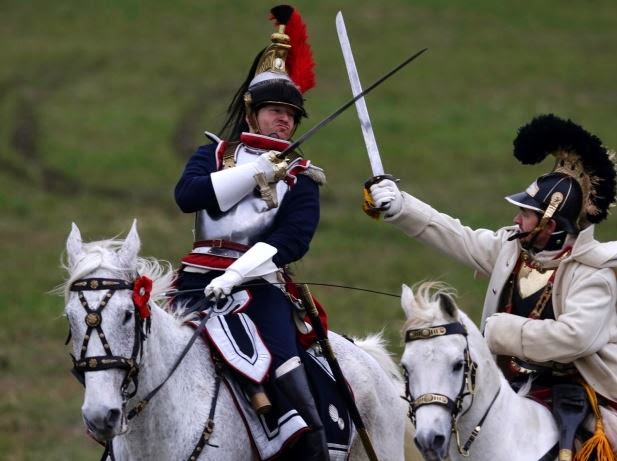 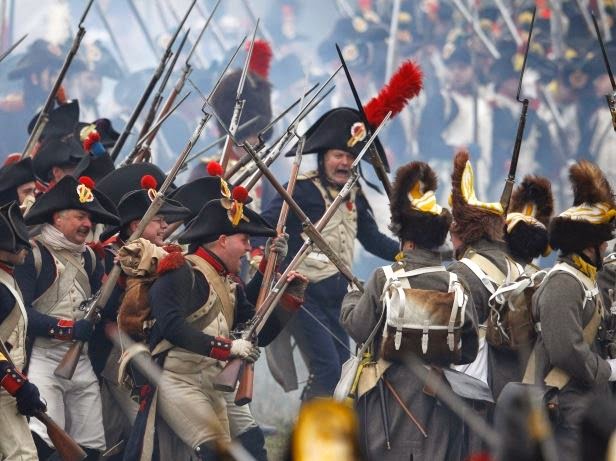 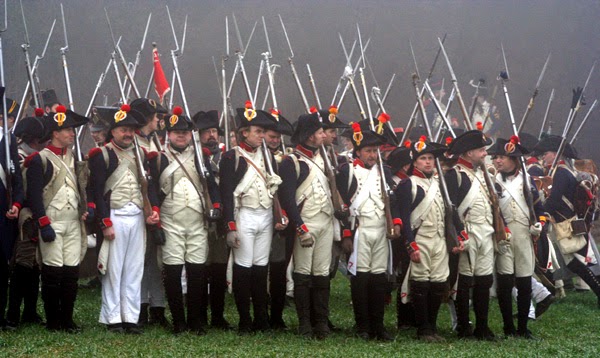 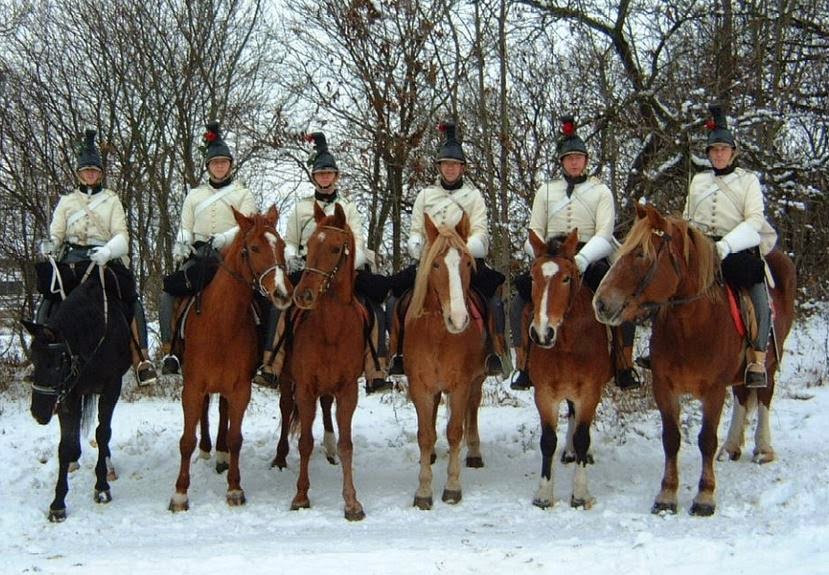 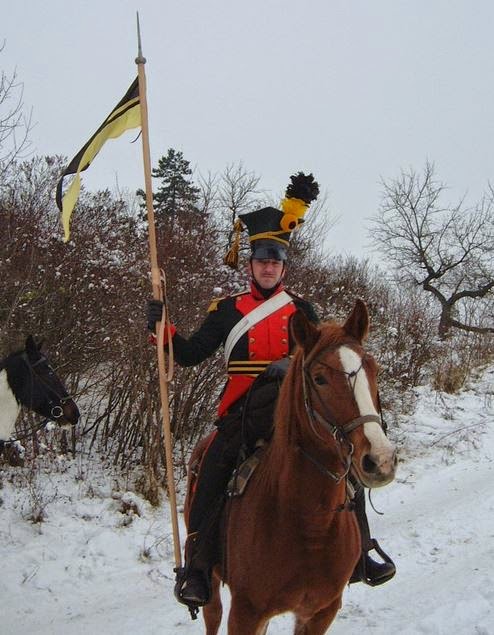 Now Austerlitz is the site of a great annual reenactment, just held again this year. Oh, those wonderful Napoleonic uniforms. 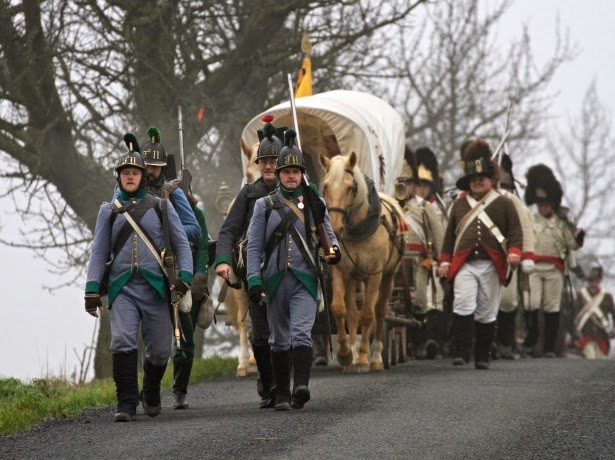 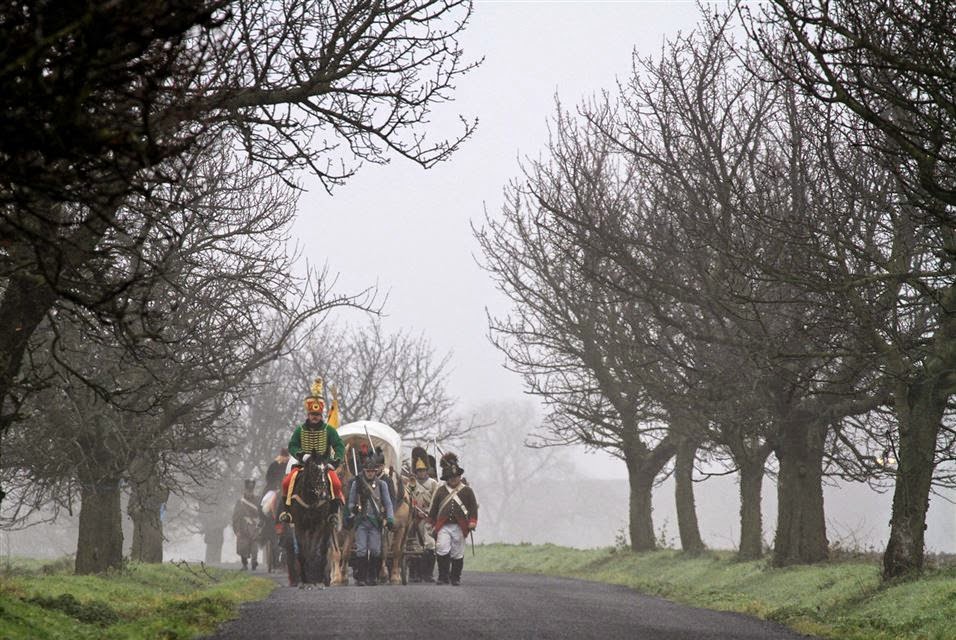 Some of the reenactors want to get out of the house for more than a day, so some of them also reenact the great marches of 80 kilometers (50 miles) or more that brought the forces to this battlefield. 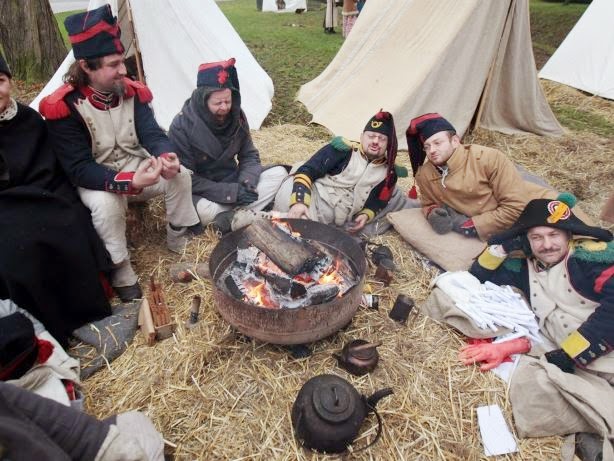 Is that a fake severed hand in front of the guy on the right, in the camping scene?

Looks like it to me. No doubt he likes to have it blown off in combat.