Fred Tomaselli: Birds from Another World 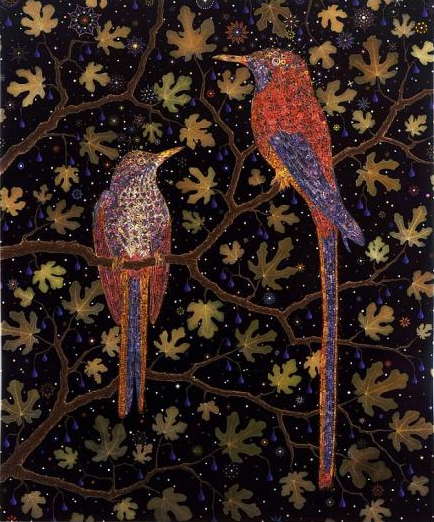 Fred Tomaselli is an American artist born in 1956. Various web sites place him in either California or Brooklyn, so I suppose he is one of those bi-coastal people who refers to the Midwest as "flyover country." I just discovered his work from an exhibit at the Smithsonian on birds in contemporary art, and I just love these images of birds. Migrant Fruit Thugs, 2006. 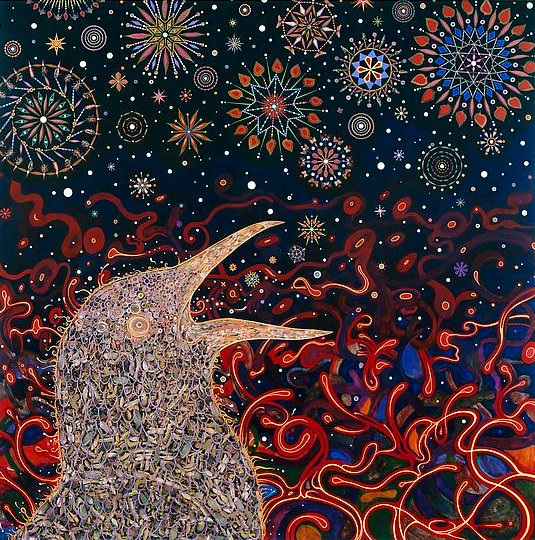 These works are hybrids of paintings and collages: acrylic on board, but with leaves, bits of printed matter and other things, including both legal and illegal drugs, all covered in clear resin. Starling, 2010. 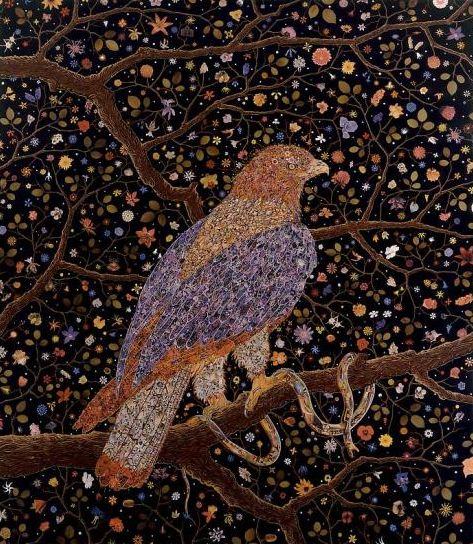 The presence of embedded psychoactive substances is a clue to where Tomaselli is pointing with these images. The images themselves are full of other clues, including the sorts of starbursts that accompany hallucinatory experiences and a resemblance to the art of Australian Aborigines. This work -- Avian Flower Serpent, 2006 -- resembles the Aztec symbol that now sits in the middle of Mexico's flag but originated in a shaman's vision. 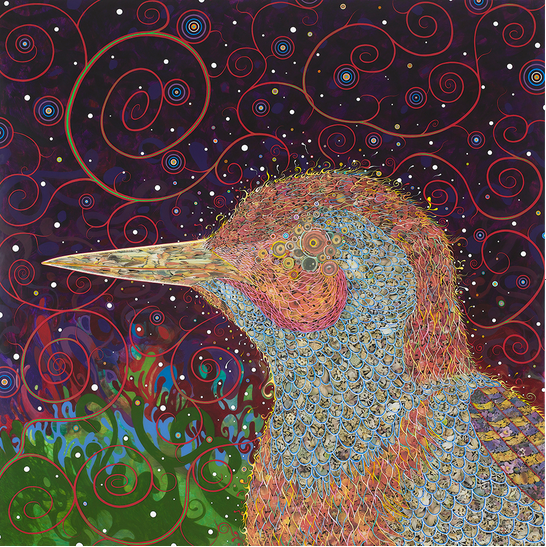 Birds are also strongly associated with shamanism in many cultures, and I think they are here. Woodpecker, 2008.


There is nothing else in magic but the wild thought of the bird as it casts itself into the void. 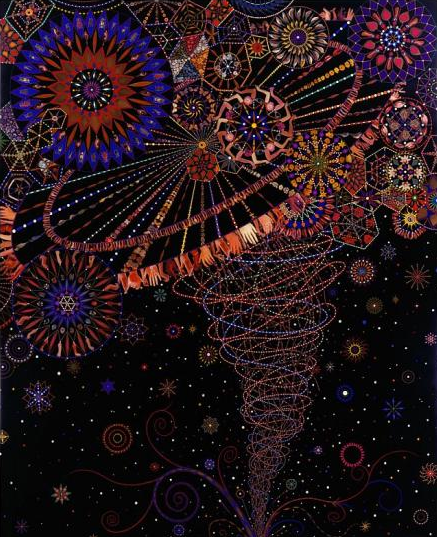 Not that all of Tomaselli's work depicts birds -- he has a diverse body of work that includes some highly political stuff and much straight abstraction. Abductor, 2006. 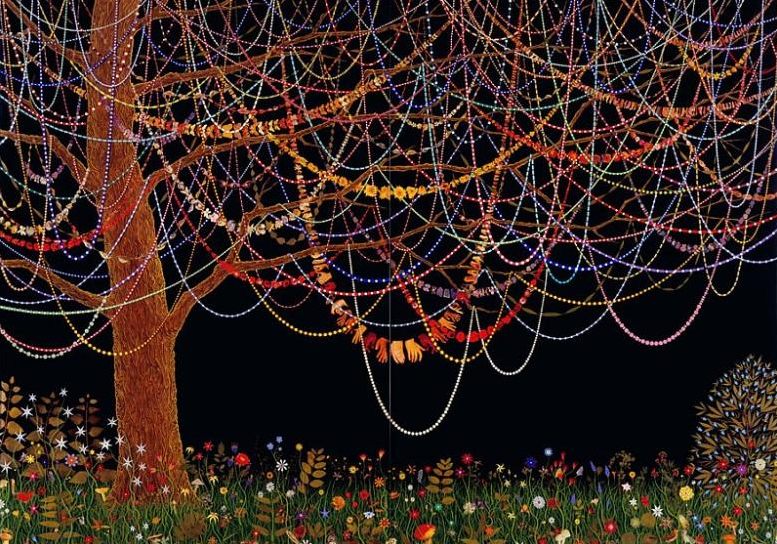 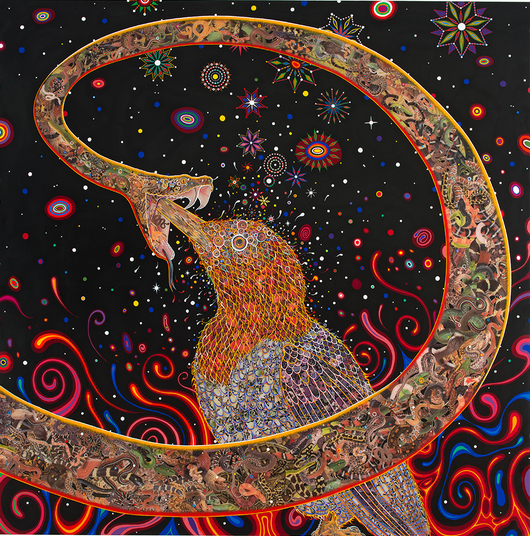 But what I love is the brilliantly colored images of birds as messengers from the other world. Penetrators, 2013. More at his web site.
Posted by John at 6:58 AM