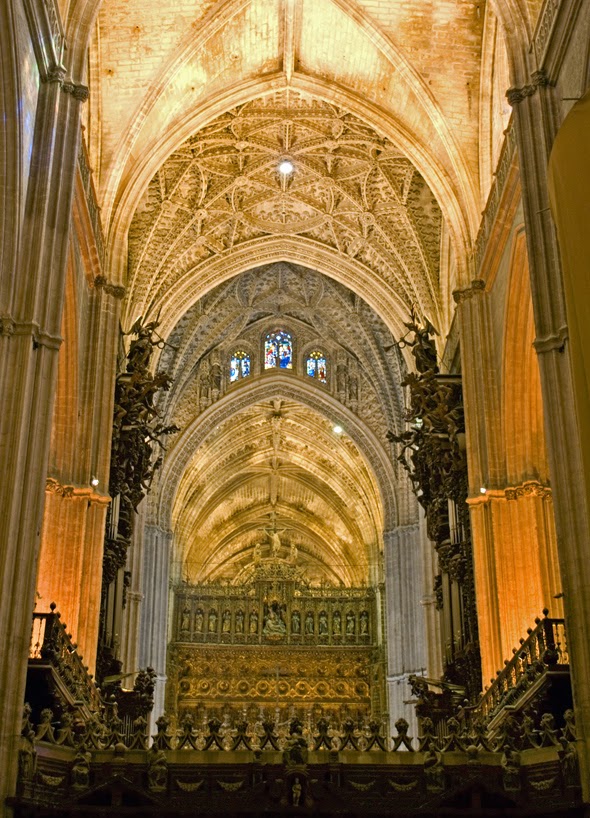 The Cathedral of Saint Mary of the See, better known as Seville Cathedral, is by one reckoning the largest of all the Gothic cathedrals. 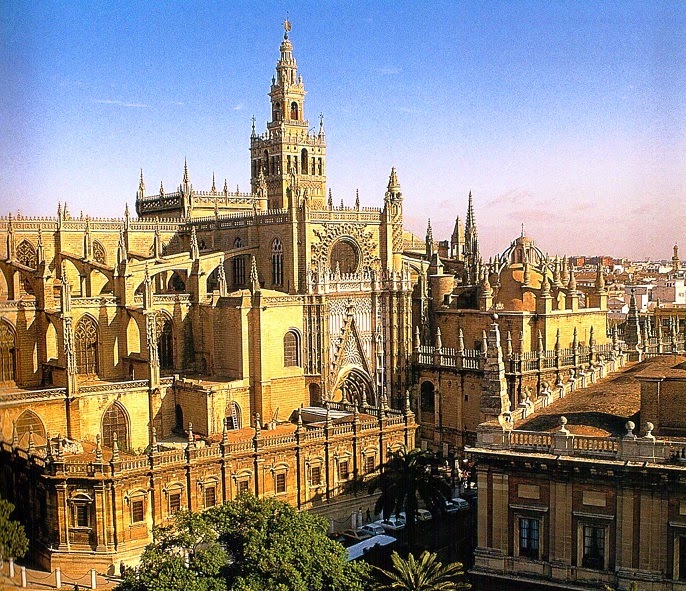 Seville did not fall under Christian rule until 1248, and the residents made do with a converted mosque for the next 150 years. By 1400, though, the city was wealthy enough that its leaders wanted to build a great new Christian monument. 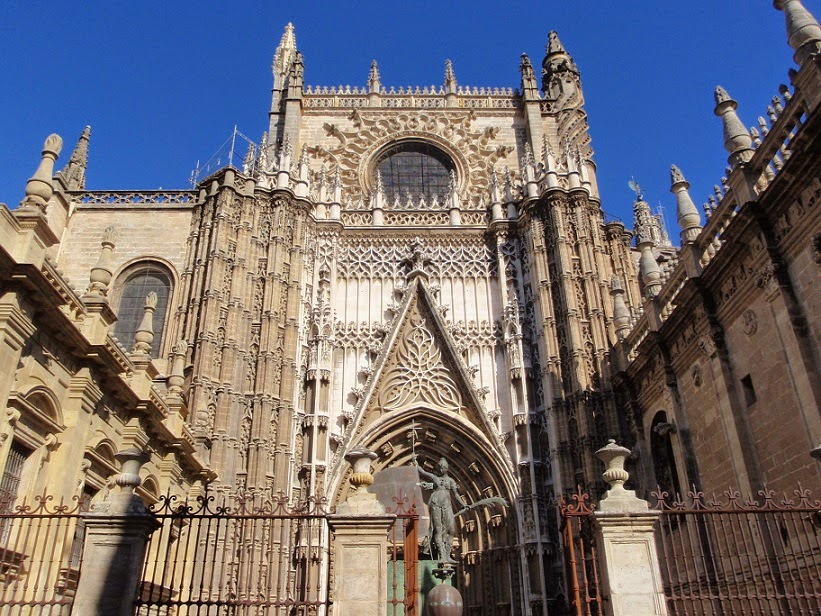 According to local tradition, one of the cathedral canons said, "Let us build a church so beautiful and so grand that those who see it finished will think we are mad". 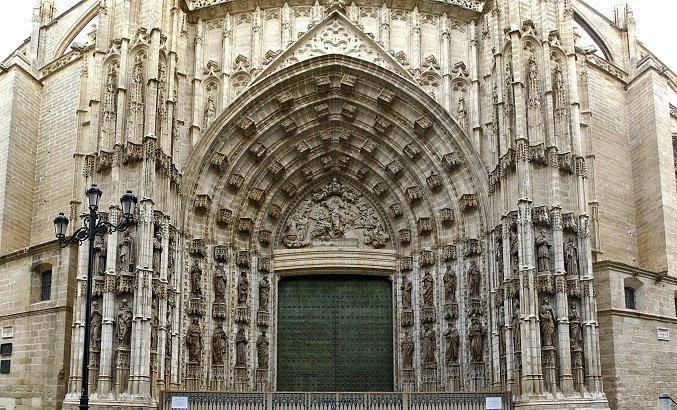 Construction began in 1402 and the Cathedral was essentially complete in 1506. The main entrance. 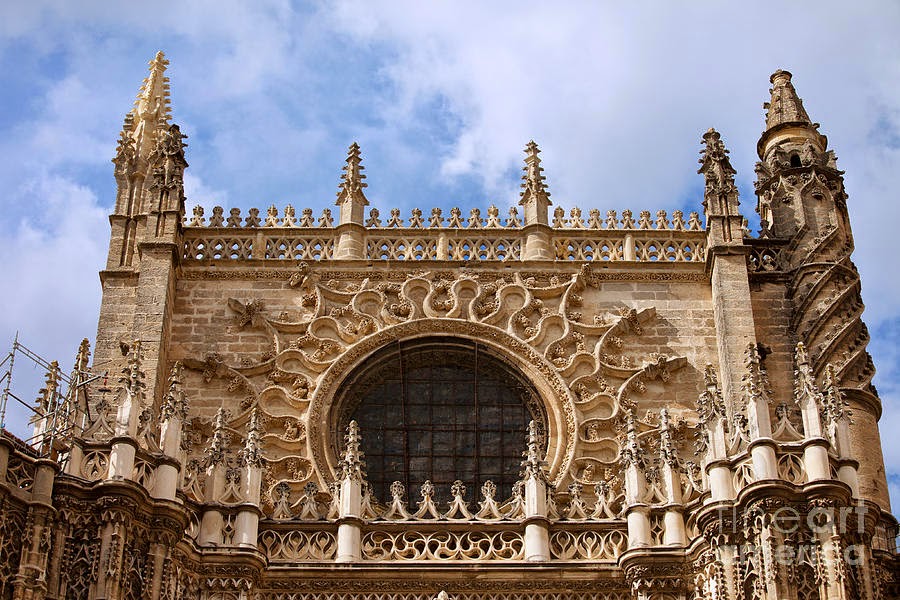 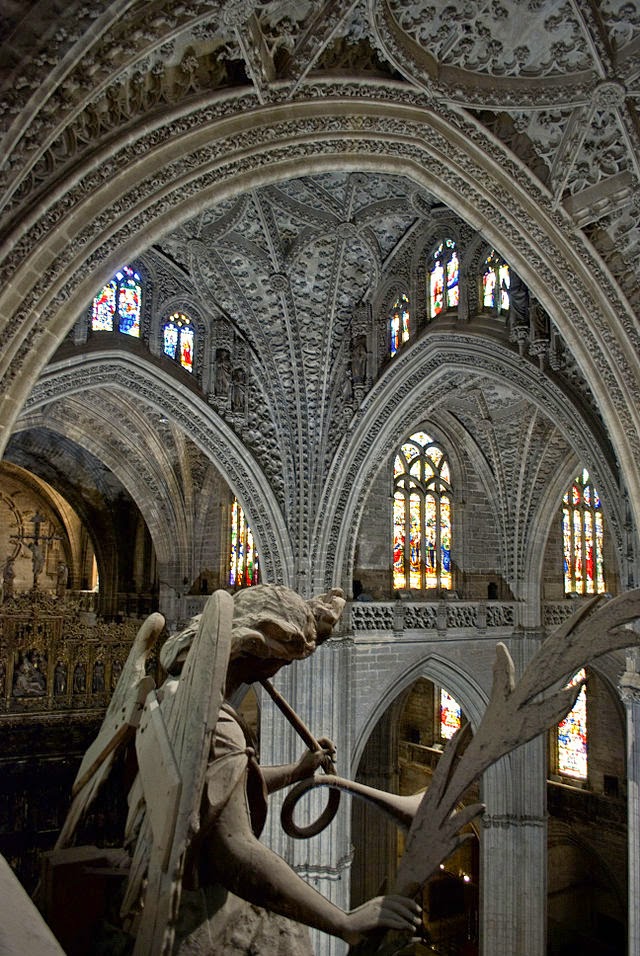 Details of the decoration. 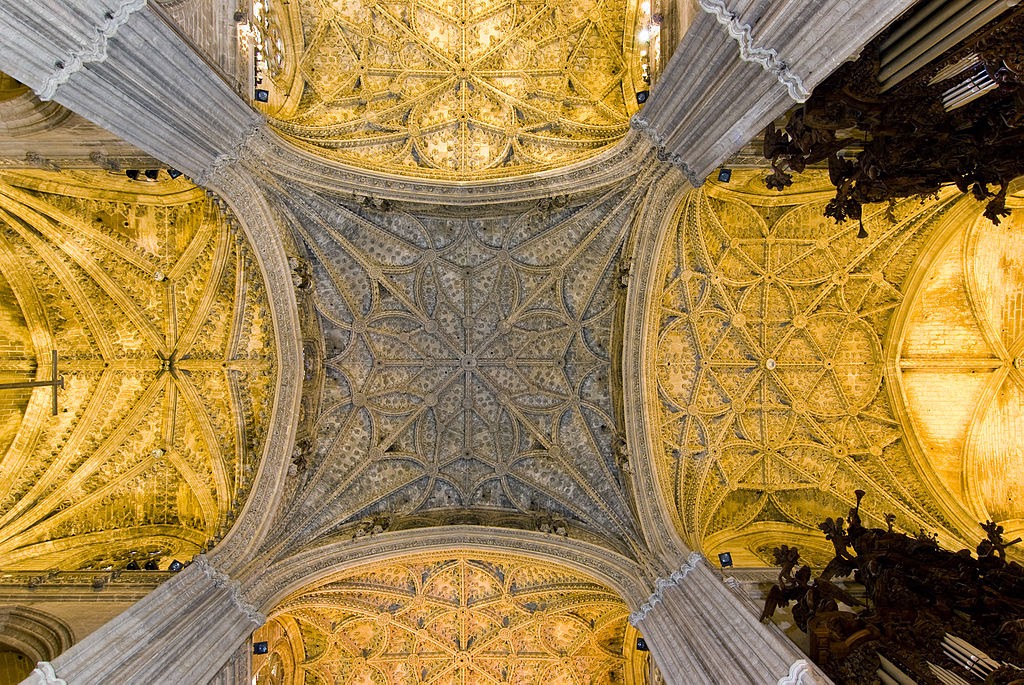 The bell tower, La Giralda, was simply the mosque minaret, with a Renaissance cap on top. 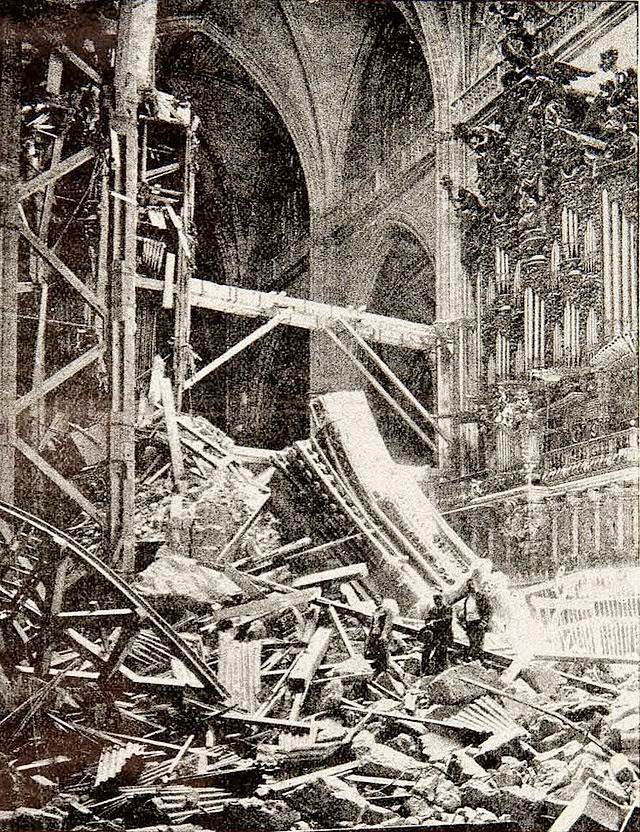 Only five years after the cathedral's completion had been celebrated, in 1511, the dome collapsed and had to be rebuilt. The dome again collapsed in 1888, after an earthquake (above), and it was not reopened until 1903. 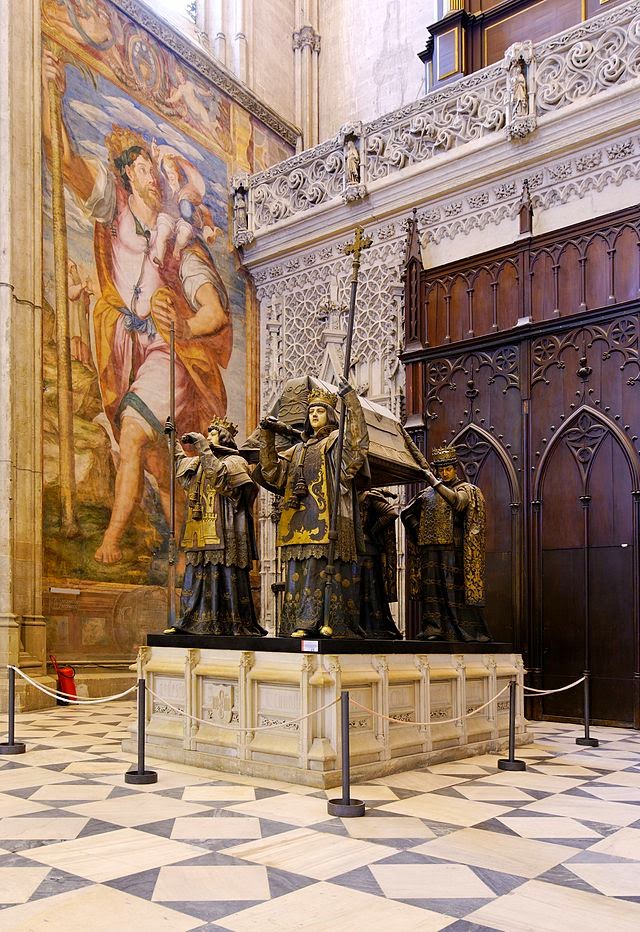 Among the famous people buried in the cathedral is Christopher Columbus. 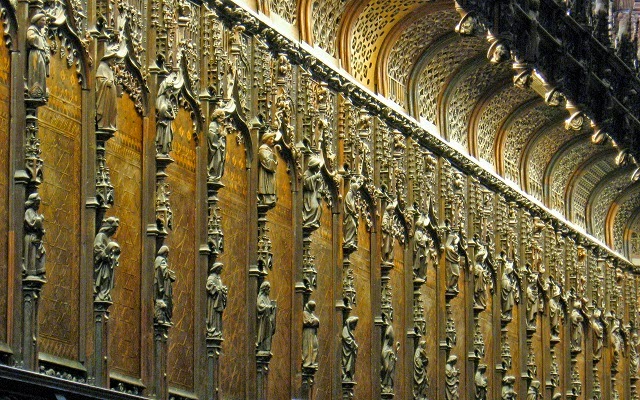 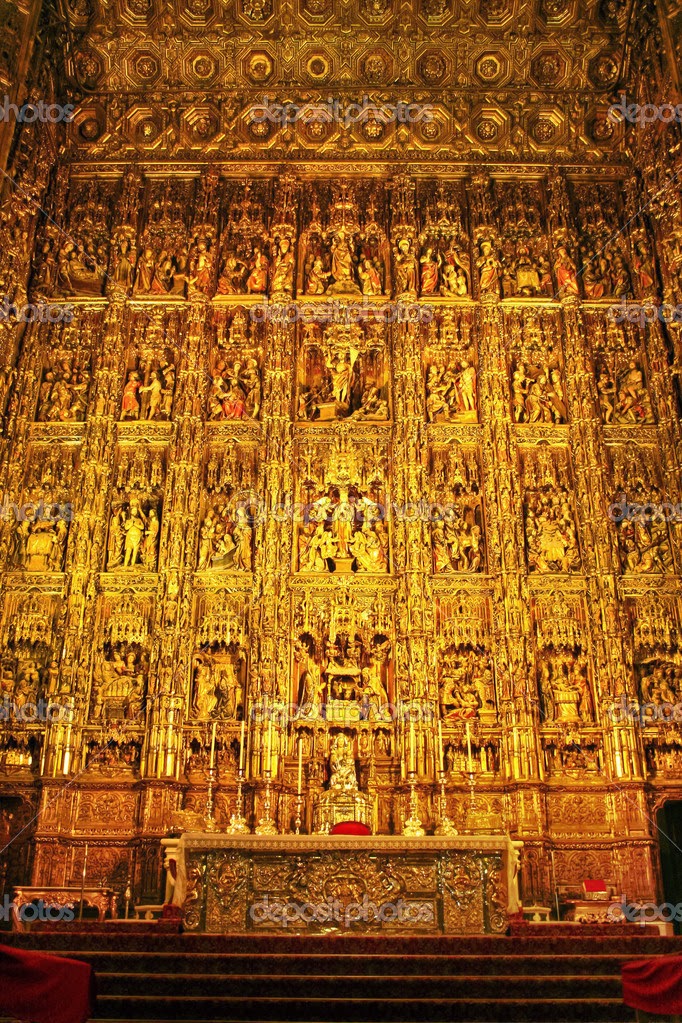 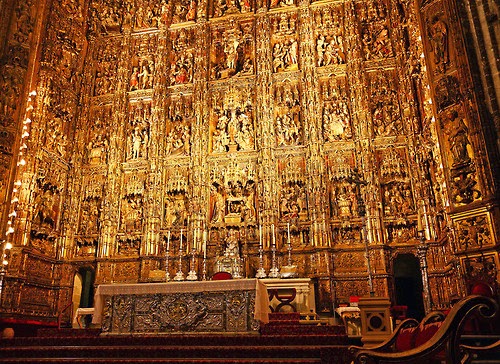 The cathedral's most famous feature is the gold altarpiece or retablo, the work of Pierre Dancart. Built between 1481 and 1565, it is made of gilt wood. 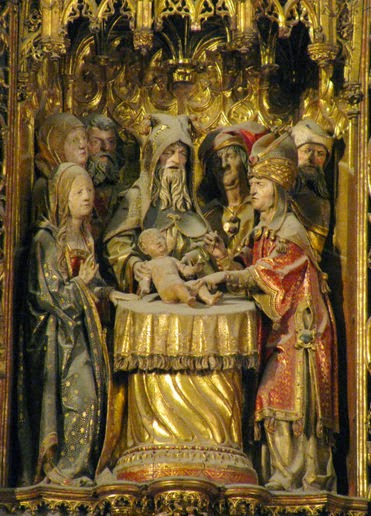 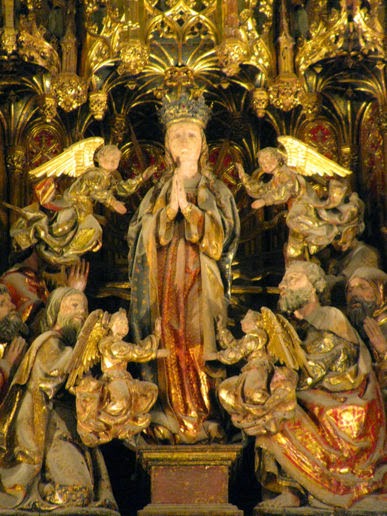 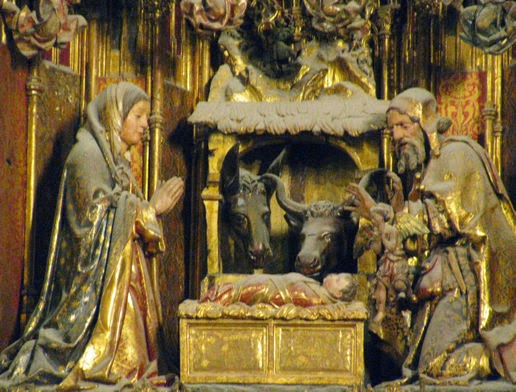 The carvings depict scenes from the life of Jesus. Dancart worked on his masterpiece for 44 years, completing more than half of it himself. After his death the altarpiece was completed according to his design. 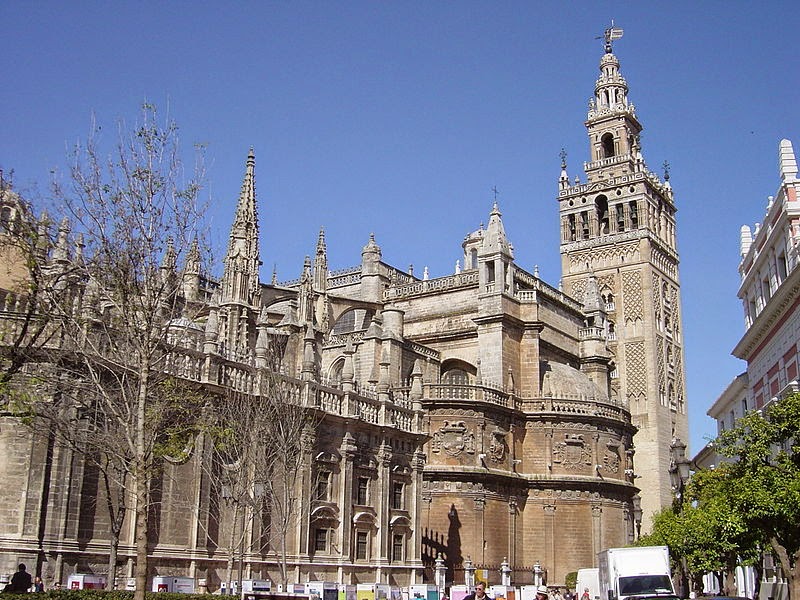 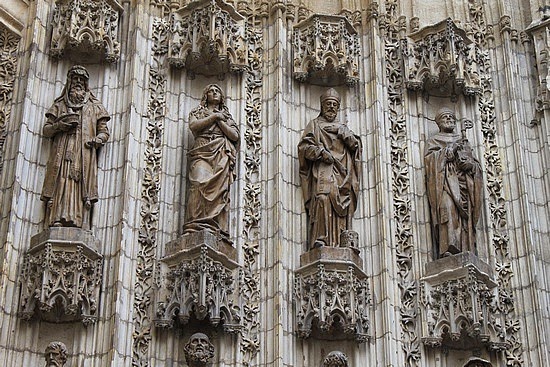 It is far more beautiful than the pictures communicate.

When I was there in the late 70's or early '80's, one could still rub the foot of the Columbus statue for "good luck" in returning to Seville.

There was also, in those days, a retired matador, an American (at the time the only one to have made and confirmed his alternativa in Spain) who was an artist-- John Fulton. We did not get to meet him, but we did purchase some amazing lithographs illustrating the Garcia Lorca poem Lament on the Death of a Matador.

Seville is one of my favorite places in the world, along with Barcelona.