Landing on a Comet 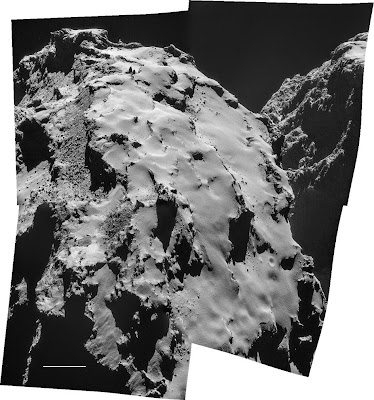 Once comets were mysterious harbingers of disaster and upheaval. Then Edmond Halley showed that they were physical objects that orbited the sun, and that some of their appearances were predictable -- one of the great demystifications of the Age of Reason.

And today, the European Space Agency landed a spacecraft on one. The Rosetta spacecraft’s Philae lander touched down on the surface of Comet 67P/Churyumov-Gerasimenko . The comet is 317 million miles from earth, falling toward the sun at 34,000 miles per hour. Amazing.
Posted by John at 8:24 PM