What, Exactly, Do They Want? 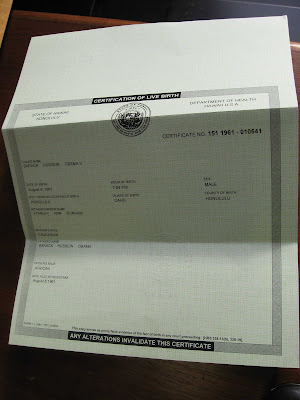 The other day I was driving some teenagers around, and one said that her father keeps asking why President Obama still hasn't made his birth certificate public. I said, "Yes he has, you can see it on the internet." "That's not what he says."

So, here you go, courtesy of Factcheck.org, one Hawaiian birth certificate in the name of Barack Hussein Obama. (click to enlarge) You can read all about the provenance of this document here. And, as a bonus, a birth announcement that ran in the Honolulu Advertiser on August 13, 1961:

Nothing in recent years has made it so clear how impervious opinion is to fact as this ridiculous "dispute."
Posted by John at 9:59 AM