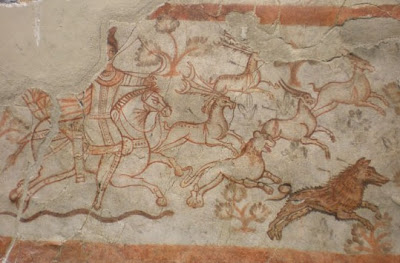 Nice feature in Archaeology Magazine about Dura-Europus, a Hellenistic city on the Euphrates River. Excavations in the 1930s uncovered fascinating remains dating to the whole period from 300 BC to the city's destruction in 256 AD, including the oldest known Christian baptistry, the oldest Synagogue outside Israel, and a Mithraem or temple of Mithra.

The picture above shows Mithra as a Palmyrene archer, from the Mithraem; below is an excavation photo of the Mithraem. 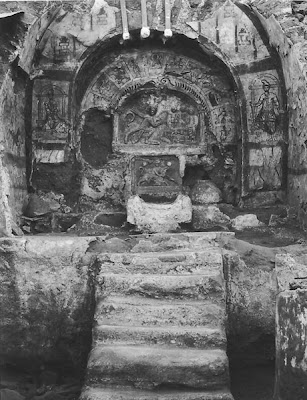 And this fresco, from the Synagogue, shows Mordecai and Esther. 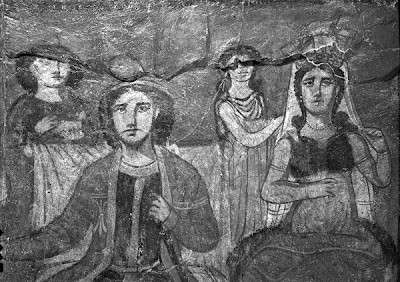