Genetic Engineering to Save Bananas 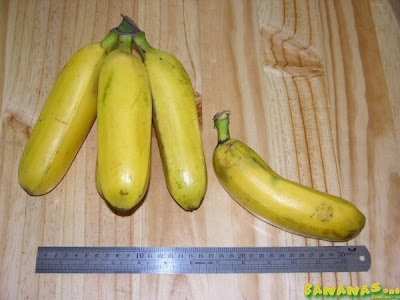 The bananas we eat are all sterile crossbreeds of wild species, incapable of making fertile seeds. All the plants of each variety are genetically identical, which makes them extremely vulnerable to disease. The main variety eaten in the United States in the early 1900s, the Gros Michel, is nearly extinct now because it was vulnerable to a fungus called Panama disease.

Now the bananas we eat today are threatened by another disease, a virus called BMX. BMX has wiped out hundreds of banana plantations in Africa and it is spreading rapidly. Since bananas don't breed, conventional breeding is useless in creating resistant varieties. The only option is genetic engineering. And scientists working in Uganda have just announced that by splicing in two genes from green pepper plants they have created bananas that seem to be immune to BMX.

I wonder what opponents of genetically modified food think of this. Bananas are a staple crop in much of the tropics, and BMX threatens hunger for millions. Do anti-gm food activists think we should just let the bananas die?

(The picture shows Gros Michel bananas. Since some survive, I wonder if somebody will engineer a version resistant to Panama disease; I have read that people pay up to $10,000 for a chance to eat real Gros Michels.)
Posted by John at 7:58 PM