People Aren't All the Same 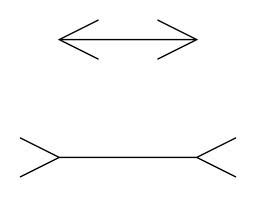 I have been complaining for decades now about psychological studies that use American undergraduates to stand in for the entire population of humanity, apparently on the theory that because they can be forced to serve as experimental subjects as part of their Psych 101 classes they are a representative sample. Now I have another ally, Joseph Henrich of the University of British Columbia. He thinks educated westerners are psychologically very different from most people of the world, and he has some evidence:

The Ultimatum Game works like this: You are given $100 and asked to share it with someone else. You can offer that person any amount and if he accepts the offer, you each get to keep your share. If he rejects your offer, you both walk away empty-handed.

How much would you offer? If it's close to half the loot, you're a typical North American. Studies show educated Americans will make an average offer of $48, whether in the interest of fairness or in the knowledge that too low an offer to their counterpart could be rejected as unfair. If you're on the other side of the table, you're likely to reject offers right up to $40.

Which has led to some pontification in print about the innate human demand for fairness, supposedly evolved among primitive hunter gatherers who had to share food to survive. Except that in most parts of the world, including among the hunter-gatherers who have been studied, people will take whatever you give them and think it is really weird that Americans would reject free money because of silly concerns about fairness.

Culture even affects perception in some fundamental ways, like how we divide up colors and whether we see certain optical illusions:

Take the well-known Muller-Lyer optical illusion, which uses arrows to trick the viewer into thinking one line is longer than another, even if both are the same length.

"No matter how many times you measure those lines, you can't cause yourself to see them as the same length," Dr. Henrich says. At least that's true for a Westerner. For some hunter-gatherers, the Muller-Lyer lines do not cause an illusion. "You do this with foragers in the Kalahari and they just see the lines as the same length."

Journals should stop publishing all the nonsensical claims made about humanity on the basis of studies in one country, and in the meantime we should all stop reading them.
Posted by John at 8:55 AM