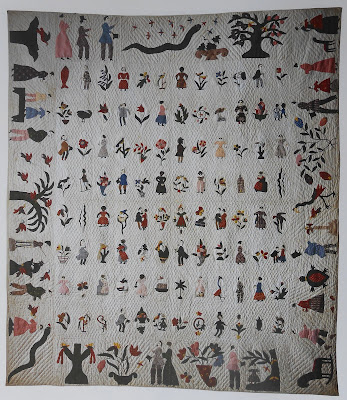 I just discovered, from Robert Shaw's book American Quilts (2009), that there is a "Catonsville Quilt," a semi-famous object named after my place of residence. And it has quite a story:


According to oral tradition, this quilt was made by a young woman who was pregnant out of wedlock and became an inmate at the Spring Grove State Hospital in Catonsville, the third-oldest mental hospital in the United States. The center of the quilt is made up on ninety-six diamonds containing a wide range of static floral and figural motifs, while the wide outer border is full of much larger and more active imagery, including two large, undulating snakes. While there is no way to decipher the narrative, its implications are clearly unsettling. 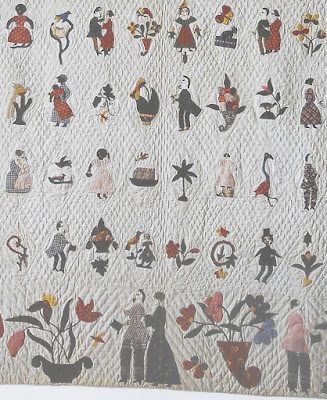