Vanilla, Libertarianism, and the Joneses 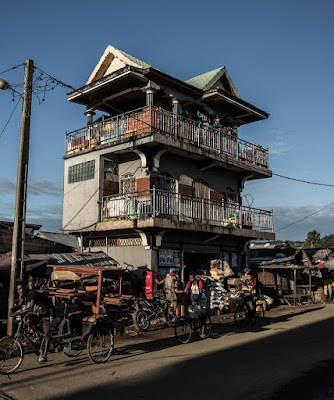 The soaring price of vanilla has led to interesting times in northeastern Madagascar, where much of the world's vanilla is grown. High prices for their main crop have enriched many in this region, leading to a flood of new motorbikes and "vanilla mansions" like this one. 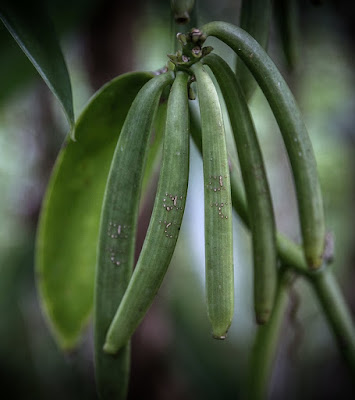 The high price has also led to a destructive crime wave, as thieves steal vanilla pods from the vines, sell the stolen pods to crooked dealers, and pay off the police to look the other way. This has led some small growers to painstakingly mark every single pod with their initials or some other personal symbol, to make it harder for thieves to sell their crop. It was news of this marking that first got me interested in the problem; imagining doing this for every one of the thousand or ten thousand pods that provide your whole annual income.

Of course the unreliability of the police has led some growers to take the law into their own hands:


Not only does Mr. Oclin patrol his plot of about 3,000 vanilla vines, he pays three men to stand guard every night during the four months before the summer harvest.

The men are armed with double-pronged fishing spears and clubs, plus Mr. Oclin’s rifle. Each night, a vigilante group patrolling local plantations stops by with a half-dozen men armed with clubs and machetes.

“Every vanilla plot will be guarded,” Mr. Oclin said.

With little public trust in a corrupt police force and justice system, mob justice often prevails when a suspected thief is caught.

In April, a local militia captured a thief with a little over three pounds of freshly picked vanilla. He was beaten with sticks until he collapsed, then hacked to death with machetes, according to residents. It was just one of dozens of similar “vanilla murders” over the past two seasons.

Like all such gangs, these vanilla vigilantes will eventually suffer from corruption and uncontrolled violence; just wait.

And in another all-too-predictable outcome, the sudden influx of wealth has ended hunger in this region but created new social problems instead:


Mr. Lomone said he was concerned about the boom’s effect on local culture, with people doing whatever they can to get rich quick.

“Now in Madagascar, it’s not a problem of poverty to eat, but of social poverty,” he said. “It’s about the competition to keep up with others making fast money. It’s not good. We can’t keep going like this.”

I would have thought vanilla would be farmed on an industrial scale at this point, but I guess that the Madagascans are just so poor and sell their product for so little that local farmers have remained the most economical source?

Perhaps the rising prices will change that, by making industrial scale farming (with all its problems) a comparatively more economic choice.