The Strange Case of the Color Orange 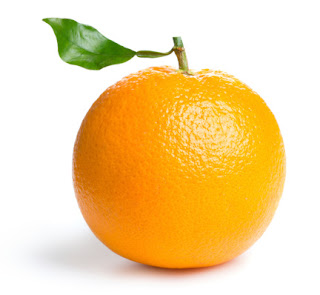 Our word "orange" was a fruit first, and then for a while a phrase ("the color of an orange") before it became a word for a color. Before then?


This is not to say that no one recognized the color, only that there was no specific name for it. In Geoffrey Chaucer’s “Nun’s Priest’s Tale,” the rooster Chaunticleer dreams of a threatening fox invading the barnyard, whose “color was betwixe yelow and reed.” The fox was orange, but in the 1390s Chaucer didn’t have a word for it. He had to mix it verbally. He wasn’t the first to do so. In Old English, the form of the language spoken between the 5th and 12th centuries, well before Chaucer’s Middle English, there was a word geoluhread (yellow-red). Orange could be seen, but the compound was the only word there was for it in English for almost 1,000 years.

It seems odd to me now that English speakers went so long without a word for orange. But then a large vocabulary of color terms is a relatively recent development. Some languages still have only two, one for bright, hot colors (white, yellow, red) and another for dark, cool, colors (black, blue, green). Many sophisticated languages with large vocabularies make do with one word describing both green and blue; this was true in classical Chinese, so all those Tang Dynasty poets praised both the sky and the fields as lovely shades of qing.

Incidentally some linguists think "pink" referred first to the flower and only later to the color, in the same way as orange, although I gather this is disputed.

Anyway it is really only us moderns who feel the need for dozens of color terms; our ancestors got along fine without them.
Posted by John at 1:39 PM

I like the theory that we didn't develop terms for any particular color until we had the ability to reproduce it (dyes, pigments...). Not sure it holds water, though.

In Vietnamese, blue and green are both "xanh". To differentiate, you have to say "xanh da trời" (blue like the sky) or "xanh lá cây" (blue like leaves) (there are other variations also). I have heard similar things about Chinese, and the red/pink thing-- pink is just "light red".

Thanks, I love that.

"Anyway it is really only us moderns who feel the need for dozens of color terms; our ancestors got along fine without them."

Our ancestors also got along fine without literacy, medicine, sanitation, emancipation from slavery, et cetera. Should that fact somehow suggest or imply that those things are superfluous and decadent?

While I recognize that comparing the past with modernity can be fascinating, I feel like we too often also use it as an excuse to romanticize the past and demonize the present, often as a way to explain or account for modern ennui and dissatisfaction.

It's not that the past didn't "feel the need" for things. You can feel like you need something, but not have the first clue what it is that's missing, or how to go about finding it or making it a reality. We don't always know what it is we want or need.

Consider our own modern ennui! So many people feel like they need something, but don't have the faintest what that something might be. And so we muddle through life and make do, all the time keeping that dissatisfaction in the back of our minds.

But what leads us to believe this is any different than how things were in the past? Are we seriously to believe that the slaves and peasants of the past felt fulfilled and like their lives had purpose? I find that incredibly hard to believe.

They led miserable, awful lives and surely must have felt that something was missing, and yearned for something different or something more! But, of course, they had no way of knowing what that something might be! They couldn't fathom a world in which machines would spare them backbreaking labor, where literacy would open their minds to so much more than just toil and drudgery, where medicine and sanitation and nutrition would mean they could expect to live to a ripe old age instead of dying of some unknown sickness before the end of their third decade!

They, like us, were dissatisfied and yearned for more. But they, like us, had to settle for what flawed paliatives their societies could provide.

Surely they must have imagined that they would find salvation from their discontent in all the classical places - in devoting themselves to religious faith, or in somehow managing to become rich and powerful, and rising to the top of society, and enjoying the fruits of monetary and societal "success".

But that doesn't satisfy people now, and we have no reason to believe it ever satisfied anyone previously. Wealth and power alone is not enough to save us from ourselves. We need to find our own peace, and our own meaning. It doesn't come from outside of us - it comes from within, and the pursuit and discovery of it is helped by being able to achieve education, and being able to devote time and energy to thought and reflection, instead of spending it all on toil and suffering.

I am convinced that "us moderns" weren't the only ones who felt the need for better words to describe the colors of the world. I just think that previously, there was never an organically arising linguistic pressure strong enough to allow such precise words to arise.

Language is inherently flawed, but if it's "good enough", people don't change it. If the fine distinctions between red and yellow isn't important enough to matter in your life, there's no reason you'd invent the word "orange".

And hence, it only arises once the fruit is introduced to Europe and becomes associated with the Orange region of France, where the fruit was grown early on and known as a pomme d'orenge, or an "apple of Orange", later shortened simply to "an Orange". Then you start to have references to "the color of an orange", and then eventually orange itself as a color.