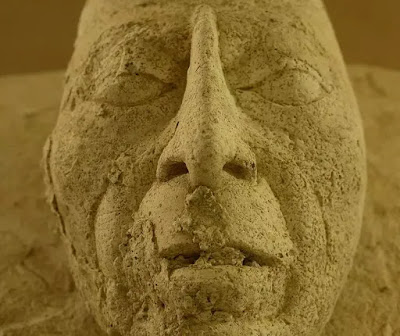 
Archaeologists have discovered a ritual mask in Mexico which is thought to represent the face of one of Mesoamerica’s most important historical rulers.

According to the National Institute of Anthropology and History (INAH), the mask was found inside a building known as “House E” in the palace complex at Palenque—an ancient Mayan city in the south of the country and one of its most precious archaeological gems.

K'inich Janaab' Pakal, otherwise known as King Pakal the Great, ascended to the throne at the tender age of 12, ruling over the city state during what is considered to be its golden age. In total, he is thought to have ruled for 68 years until his death at the age of 80, making him the longest-reigning known ruler in the Americas. 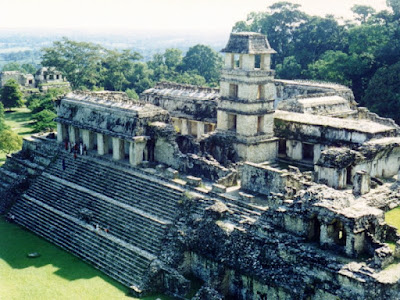 Pakal, who reigned in Palenque from 615 to 683, is famous for a lot of reasons, but most especially because of his tomb. His reign is known from several inscriptions that record, among other things, his marriage, ascension to the throne, military victories, and building of a great temple. That's one of his palaces above. 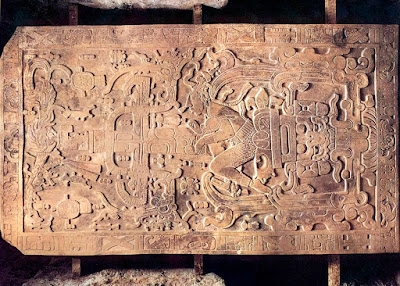 His tomb was discovered within a temple pyramid known as the temple of inscriptions. That's the lid of his sarcophagus above, an amazing design that fascinates both scholars of Maya art and enthusiasts for ancient astronauts. 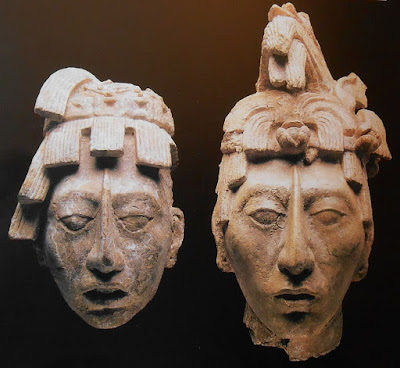 Two other stucco portraits of Pakal I got from a cool book I found in my public library, Palenque: Eternal City of the Maya, by David Stuart and George Stuart (2008). The one on the right bears a particularly close resemblance to the mask. 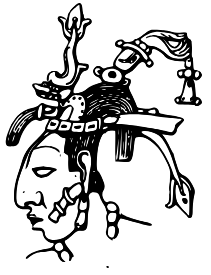 A portrait of Pakal from one of his inscriptions. 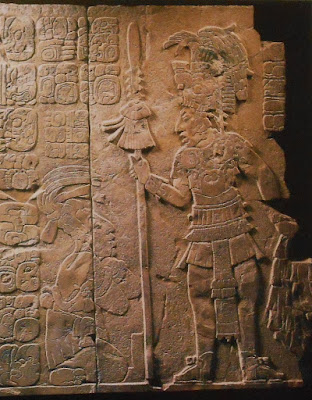 One more, showing Pakal as a warrior. 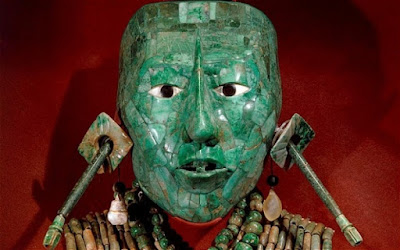 This is his jade funeral mask. 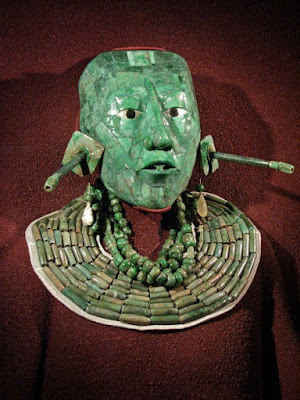 The recently discovered mask has been identified as Pakal largely due to its resemblance to these other representations, along with the supposition that only a very prominent man's face would be turned into a mask. Looks to me like it might be him, but I would not call it certain.
Posted by John at 8:42 PM