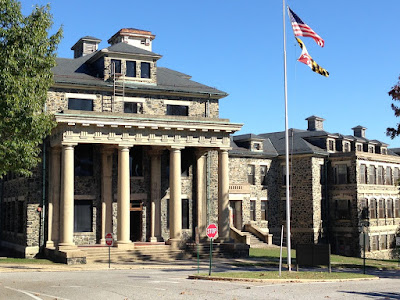 During a Pokemon Go event yesterday Ben and I were led to Spring Grove Hospital, a psychiatric institution that dates back to 1797. As at many of these places, some of the newer buildings are still in use, but the older ones are boarded up and mouldering. 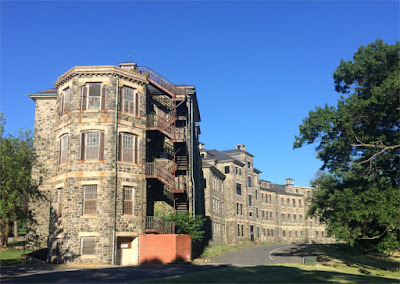 The oldest buildings were all torn down in the 1960s, so the older standing ones date to the early 1900s. 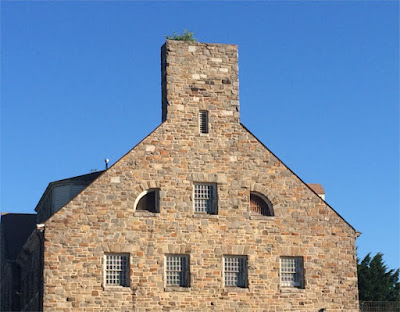 Notice the bush sprouting from the chimney. 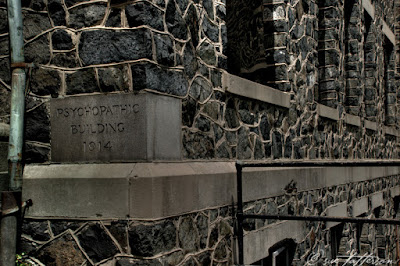 This 200-acre property is the subject of a long-running local dispute over what should happen to it. UMBC wants part to add to its campus. Part might become a park. There is a developer who wants part for a shopping/residential/office complex he calls The Promenade, which has some of my neighbors up in arms; PromeNOT signs sprouted in lawns all around here when it was last before the County Council. Those signs also said "Save Spring Grove," but in the long term nothing will save Spring Grove except a massively expensive restoration that I don't think anyone wants to pay for. So while people fight over its future, the whole complex moulders away. 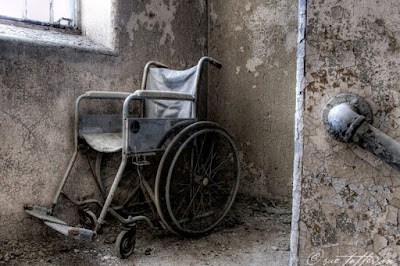 I've just seen these buildings from the outside, but here is a nice set by one of those ruin explorers with a lot of interior shots. 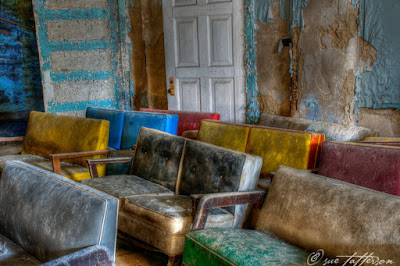 It made my day to end up here by these creepy old buildings, which I had never seen despite living only five miles away.
Posted by John at 11:02 AM