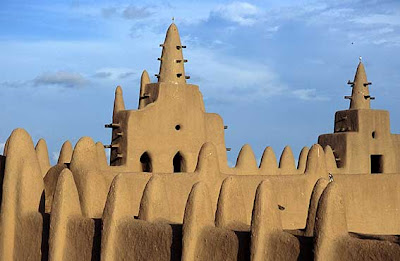 Northern Mali, as most news readers know by now, has been taken over by Islamist rebels among whom Al Qaeda in the Magrib is prominent. France has now come to the aid of Mali's government and French soldiers are trying to stop the rebels' southward advance and perhaps even retake the north. If the US is not yet involved in this fighting, it soon will be. One of the complicating factors in the fighting is the danger to the historic monuments of the region. Some factions of the rebels have threatened to destroy shrines and mausoleums that they consider "idolatrous." Even more worrying is that the rebels control the fabled city of Timbuktu, and any effort to return the region to the government's control would have to involve retaking this key city. 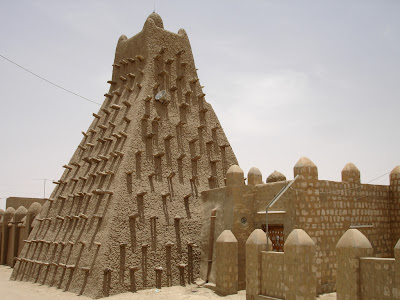 Timbuktu was a great center of Islamic learning from 14th century onward, and it boasts numerous monuments dating back to the sixteenth century. Above, the Sankore Mosque and University. 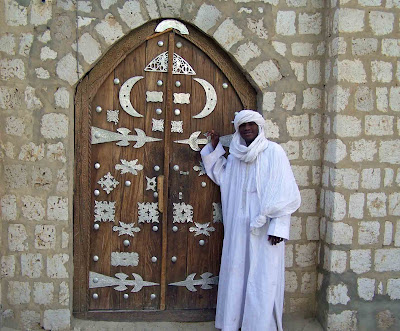 The architecture of Timbuktu mostly turns blank adobe walls to the street, but behind these doors are great treasures. 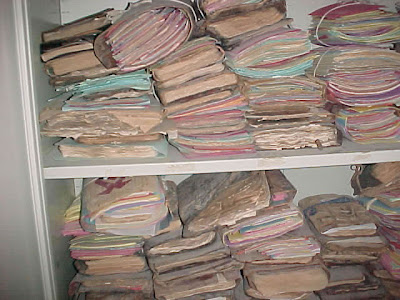 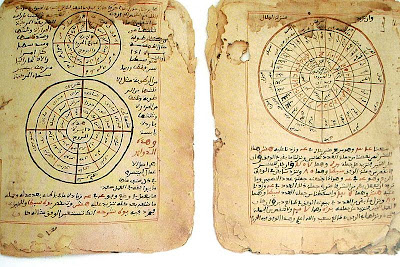 Timbuktu's libraries holds thousands of manuscripts as old as the twelfth century. Over the past decade there has been an effort underway to photograph these, but I understand that it has not made great progress, so only a small percentage have been copied. 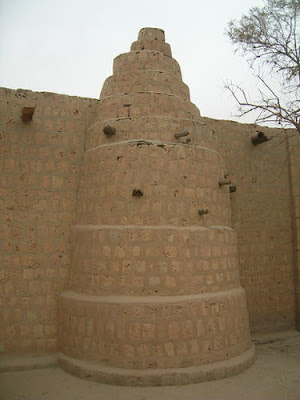 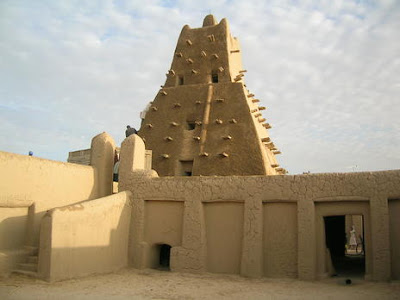 So let us hope that peace can be made before there is heavy fighting in Timbuktu itself, because enough of Islam's heritage has already been lost in Syria this year.

According to one man in Timbuktu interviewed by the BBC, the militants fled the city last week, when the French first began bombing. They seem to have panicked and driven off into the desert. But that might have changed by now.
Posted by John at 12:02 PM