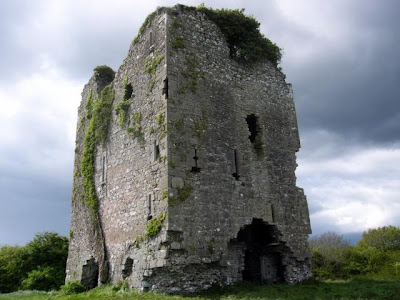 Caisleán an Phuca, or Castle Pook, is a stone keep in County Cork, Ireland. Its name means "Castle of the Pooka." The castle was built in 1380 by Geoffrey the Red of the Synan family. The Synans were Normans who came to Ireland in the twelfth century. They built at least five castles in Ireland. 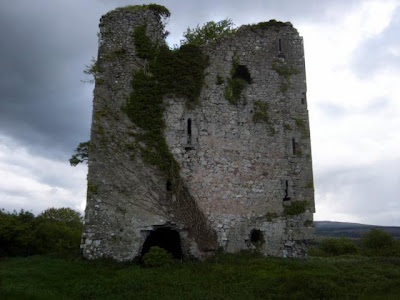 Enough of Castle Pook survives that you can climb the stairs to the upper floors and look out through the cross-shaped windows. 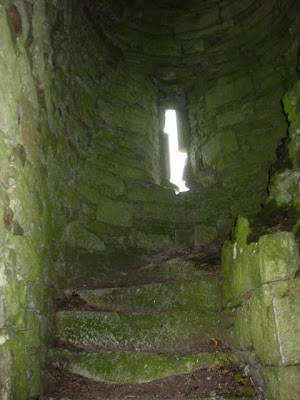 But none of the upstairs rooms are intact. 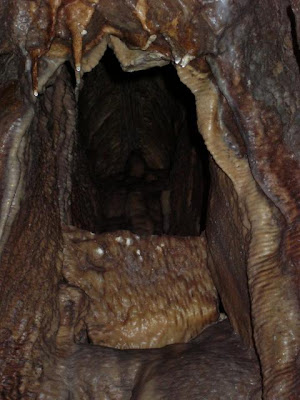 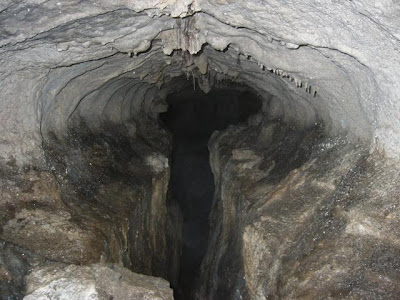 But more on the name. One authority tells us,  "In the fairy mythology of Ireland the Phouca or Pooka is described as a misshapen imp, haunting lonely glens and dark recesses." And indeed Castle Pook took its name from a nearby cave said to be haunted by such a being. 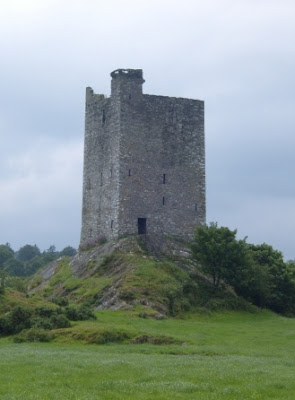 There are many Pooka's Rocks and Pooka's Caves in Ireland; in fact there is at least one other castle with Pooka in its name, Carrigaphooca Castle or Castle of the Pooka's Rock (above). A little valley known as Gleann an phuca is famous in folklore as a place where the fairy and human worlds meet, and many men have been taken away to join the fairy dance. Oh, if only.
Posted by John at 9:32 PM

We just returned, October 6, 2014, from Doneraile. We visited the Castle and graveyards. Just recently the Castle was purchased by a family from Scotland. Work has begun to restore the Castle.