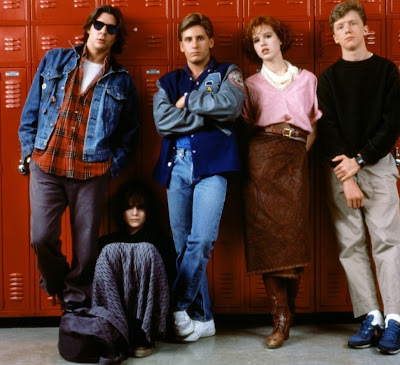 Some American adults are obsessed with high school. You see this in movies and television, with lots of directors and writers returning again and again to high school and tired questions of who was cool and who was out, as if nothing significant had happened to them since.

And now along comes Jennifer Senior, with a long piece in New York Magazine about how what happens to us in high school determines the rest of our lives. As Katy Waldman summarizes, "Remember that dork you were in high school? You're still the same person." Senior even has some pseudo-science to back up her obsession. There is evidence, it seems, that our tastes in things like music can be fixed in adolescence, and also that when prompted for memories of their pasts ("Tell me about a really bad experience," say) people most often mention things that happen when they were between 15 and 25. Senior:


It turns out that just before adolescence, the prefrontal cortex—the part of the brain that governs our ability to reason, grasp abstractions, control impulses, and self-­reflect—undergoes a huge flurry of activity, giving young adults the intellectual capacity to form an identity, to develop the notion of a self. Any cultural stimuli we are exposed to during puberty can, therefore, make more of an impression, because we’re now perceiving them discerningly and metacognitively as things to sweep into our self-concepts or reject (I am the kind of person who likes the Allman Brothers). “During times when your identity is in transition,” says Steinberg, “it’s possible you store memories better than you do in times of stability.” 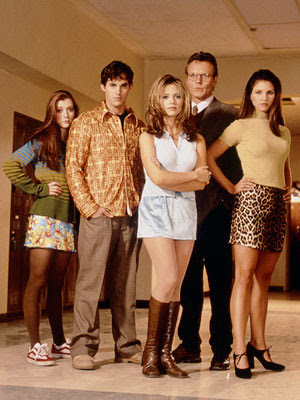 Which is not to say that some people don't have important experiences in high school. No doubt many do. I didn't, but maybe that was because I was such a weirdo outcast. My most important post-childhood experiences happened in college, where I discovered a world of people who like to talk about intellectual things. (And also that some women find intelligence sexy.) Come to think of it, I spent much more of my 15 to 25 years in college than high school, so why aren't these articles about the importance of things that happen after graduation?

Senior also thinks that high schools are really miserable places, The Lord of the Flies plus algebra tests. I tend to agree that we are making a mistake by walling all of our teenagers up together, without nearly enough adult role models, but I found high school much more tedious than destructive. I personally felt the social anxieties that figure in these articles much more painfully in middle school, and by 16 I had pretty much stopped caring what the cool kids thought. In my mind I had already left them all behind, on my way to the Ivy League. Here is my advice to anyone, adolescent or adult, who worries a lot about high school social hierarchies: grow up and move on.

"High school itself does something to us, is the point. We bear its stripes," writes Senior. So? Childhood does something to us, too, and so does adulthood. Maybe the longer we live, the greater the weight of past experiences we have to drag around with us, and maybe that makes it harder for us to change. But not impossible. I have lived my adult life with a determination to never accept that the excitement is all in the past, and that things I want are now closed off to me. I take my view of life from a different text: "it isn't over 'til it's over."
Posted by John at 1:18 PM

John, I think it's pretty clear that the writer isn't far out of college. High school still looms large in her mind because she's not that far away from it. (That Facebook statistic was particularly telling.)

As for a societal obsession with high school? I'm not sure it's really there. It is for the media/advertising industries, because that's where the money is. Teens and young adults have more disposable money than other demographics, so of course there are shows and movies that focus on high school.

I bet that, as people get older, their high school experiences fade and other important experiences take their place.