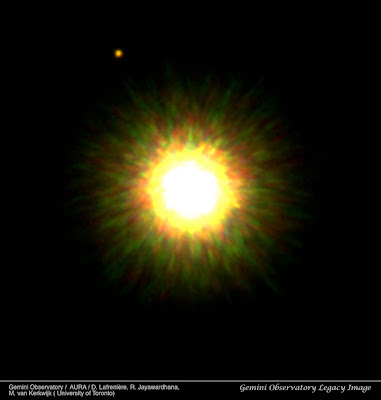 Phil Plait of Bad Astronomy has a gallery of all the exoplanets that have been directly imaged. (Most are detected by variations in the light of their stars.) Above is a very clear image of star 1RXS J160929.1-210524 and its planet. One thing about these images is that all of the planets are unusual -- our technology won't let us take pictures of earth-sized planets in earth-like orbits. This planet is both huge, 8 times the size of Jupiter, and very far from its star, 10 times as far as Neptune. 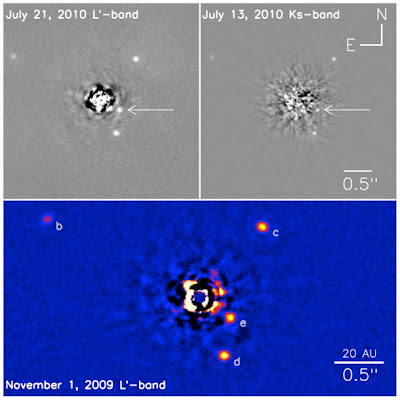 This is the planetary system of HR8799, which includes four orbiting objects. Two of them may be brown dwarfs, or very small stars, rather than planets, but two are definitely planets.

In a very few years we have progressed from wondering if other stars had planets to knowing about hundreds and having photographs of a dozen.
Posted by John at 12:08 PM