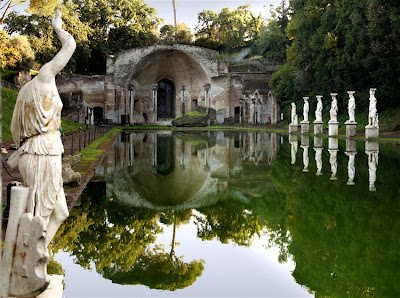 The Roman emperor Hadrian (reigned from 117 to 138 CE) disliked his official residence in Rome. So he built himself a gigantic palace in the country 18 miles (29 km) outside the city, to serve both as his chief residence and as the center of his government in Italy. We call this Hadrian's Villa. 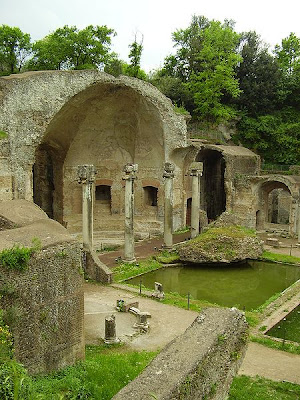 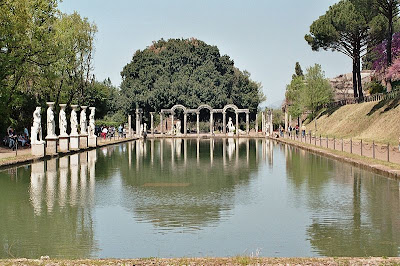 Building  luxurious villas was routine for emperors -- almost every one who reigned long enough built one, and some built several. But Hadrian's was by far the biggest, and it was also remarkable in other ways. 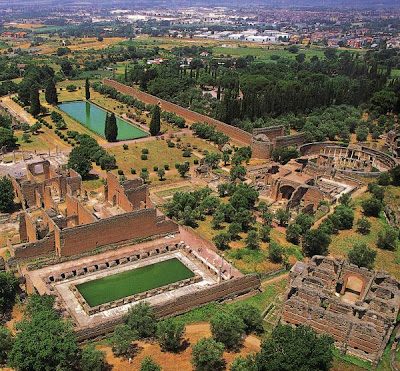 This astonishing construction showed off the emperor's power through its vast size and a bewildering diversity of architecture, including several buildings that are, as far as we know, unique. 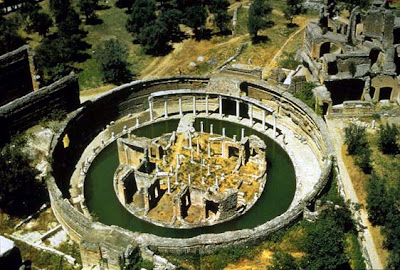 This, called the Maritime Theater, is one of the unique structures.

This was a public building, designed for the work of administration and diplomacy. When he wanted to get away from it all, the emperor had several smaller villas he could use as retreats. He came here to be emperor. This model, kept at the site, gives an idea of the scale of operations. The gardens covered a hundred acres (40 hectares). The whole was supplied with running water through underground aqueducts, and there were other underground passages so the servants could pass between buildings without disturbing the senators and ambassadors upstairs. 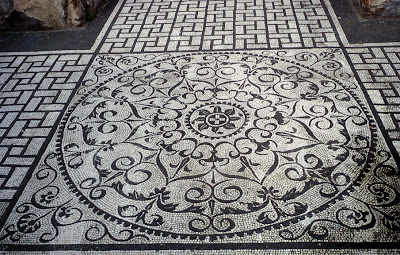 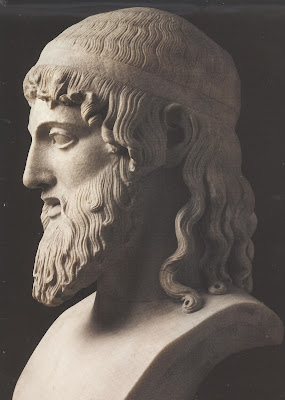 The villa was decorated with hundreds of free-standing statues, miles of reliefs, and acres of mosaics. One ancient text calls it "the villa with brightly colored walls," so it was no doubt elaborately painted as well. It is the scale of this decorative program that most impresses me. After all, we build lots of big buildings, but I can't think of a modern structure for which anything like this amount of art was specially prepared. 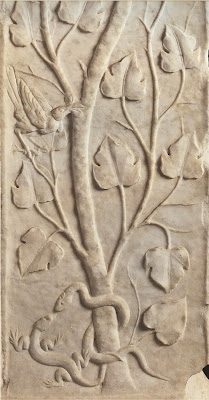 I was actually inspired to write about the villa by this sculpted pillar, which once stood on a porch that divided one of the buildings from the gardens. What an exquisite thing. 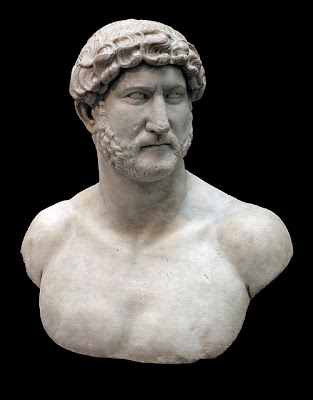 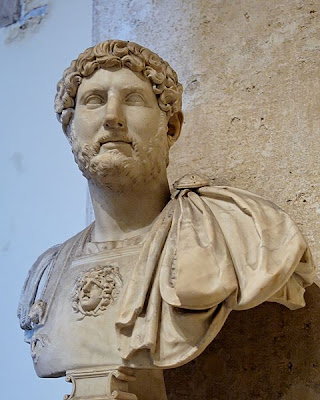 I wonder if Hadrian might have been the most sculpted ruler in history. Type Hadrian into Google image search and you'll see what I mean. Even now there must be a hundred surviving busts and statues. Thinking about all of those statues brought home to me in yet another way the immense size and grandeur of Rome.
Posted by John at 8:06 PM