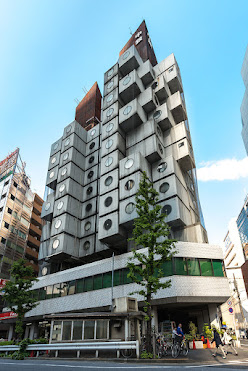 One of the world's ugliest buildings is finally gone: the Nakagin Capsule Tower in Tokyo. Designed by Kisho Kurokawa and completed in 1972, the building attracted a lot of attention and is featured in thousands of architecture books. 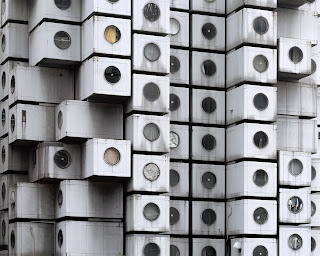 This monstrosity was considered the epitome of two important movements: minimalism, which was of course worldwide, and metabolism. Metabolism was a Japanese movement whose adherents thought buildings should be built in a cellular way, so that they could grow or shrink organically and failing parts could be easily replaced. The idea was that the "capsules" would be replaced as they wore out, and that the electrical systems and so on would be upgraded each time. But, in practice it was nearly impossible to replace the pods, so that didn't happen and the whole building gradually decayed. 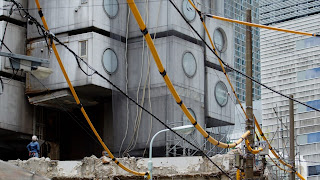 This is one of the galling things about 20th-century modernism; the ideology of these architects was all about functionality and technology, but in practice their buildings were often badly laid out, hard to maintain, and expensive to heat and cool. Plus, their roofs leaked. So this "futuristic" building was all but useless after only 40 years. 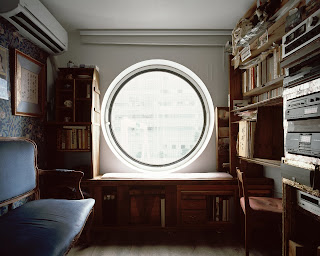 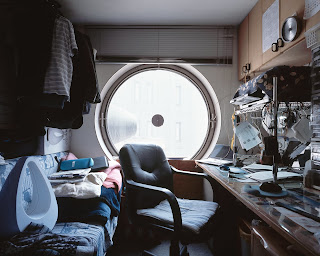 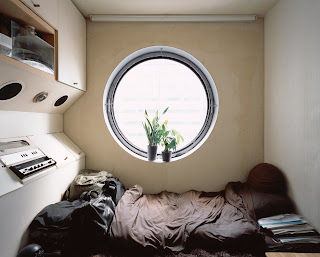 These photographs by Noritaka Minami show that some people were able to do interesting things even with these awful spaces.

But if you ask me, the world is better off without this thing in it.

So this "futuristic" building was all but useless after only 40 years.

This comment seems to suggest you're not familiar with certain quirks of Japanese culture in regards to architecture - unlike in Europe or here in America, the Japanese tear down and replace their buildings regularly, particularly in large metropolises like Tokyo, on a timescale that many of us in the West find surprising. A building lasting for 40 years is actually on the longer end of the scale, with demolition and replacement after a mere 20 or 30 years being fairly common.

This is just sort of an ingrained cultural expectation. The Japanese don't build their structures to last, and also don't perform nearly as much maintenance on them as we in the West would.

Part of this is tied to a different mentality on ownership and building usage (wherein when a building's owner dies or sells the land it is on, it's very common for the building itself to be torn down and replaced with a new building). Buildings are much more "built to purpose" in Japan, and in line with their tendency not to maintain their buildings, they also don't do much renovation or repurposing, seeing it as quicker, easier, simpler, and more sensible to just rebuild from scratch to suit the new needs of the new situation.

There's also a certain degree of economic and even legal influence involved - the Japanese government actively promotes and reinforces these behaviors and mindsets to a certain extent, in part because it keeps the construction industry more active, and in part because a higher rate of turnover in buildings means Japanese landscapes and communities are more malleable and adaptable to changing conditions. This has some quite desirable consequences - city road and utility layouts are much easier to adjust, far fewer people live and work in old and obsolete housing or workplaces, etc.

The Nakagin Capsule Tower was a radical experiment in opposition to all of this. As you noted, the intent was to create something modular, with individual units that could be replaced as they wore out - a sort of compromise on the Japanese distaste for maintaining buildings, married to the Japanese preference to rebuild and replace with something better. If it worked, that would have been quite "futuristic" indeed. But in the end, the individual replacements simply didn't ever get carried out - perhaps precisely because such piecemeal replacements were too similar to regular maintenance, which is just too antithetical to the Japanese mindset.

Obviously aesthetic tastes differ, but for my money, looking at historical photographs, the tower wasn't ugly when it was new. It's the dilapidation that made it ugly. Yet the vast majority of Japanese buildings get similarly ugly as they age without much maintenance, and a great many forty year old buildings in Japan end up just as ugly, even when built in more traditional styles out of wood and paper.

G. Verloren's take on the impermanence of Japanese housing checks out (hadn't known about this before, it makes sense as so many buildings have been destroyed by natural disasters over the centuries).
As for ugliness: I've seen many buildings that are ugly in photos but look much better (not necessarily good, mind you) in situ. In this case, the exterior dirtiness definitely makes it look worse.