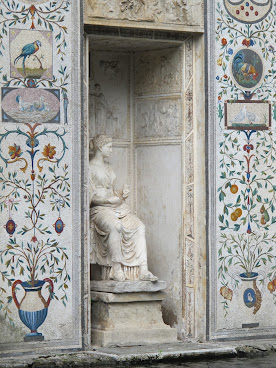 Yesterday I stumbled across this photograph, captioned Vatican Gardens: Mosaic Walls of the Nympheum, Casina Pio IV. I was entranced and looked up this mysterious building.I discovered that the Casina Pio IV is a small villa within the Vatican Gardens that now houses the Pontifical Academy of Sciences.Its construction is not well documented, but construction seems to have begun in the spring of 1558 by order of Pope Paul IV. In that early form it was called the 'Casina del Boschetto'. By the following May a courtier wrote that the Pope spent "two thirds of his time at the Belvedere, where he has begun to build a fountain in the woods".After Paul IV's death in 1559, Pope Pius IV took on the unfinished project and hired architect Pirro Ligorio to make changes in the design. I couldn't find any indication of who did the sculptures on the facade. 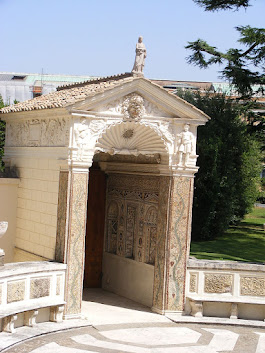 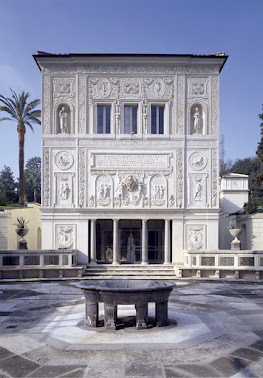 The building is amazing overall, and has many small wonders. 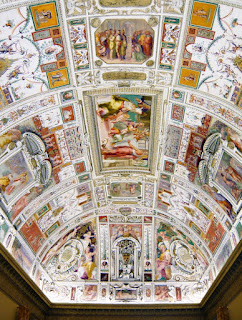