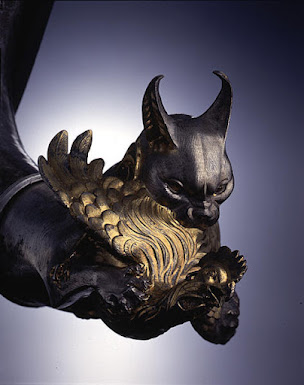 Citizens are having trouble getting the police to change their behavior, but some forces have been made to change when their insurance companies threatened to pull their coverage. (Washington Post)

This twitter thread purports to explain what is going on between Tajikistan and Uzbekistan, but after reading it I know less than before. I guess the best explanation is the crazily shaped border, which looks designed to create misunderstanding.

In obscure but possibly portentous news, Joe Biden is asked if the US would defend Taiwan in the event of a Chinese attack and answers, "Yes." So much for strategic ambiguity.

"Shortly after New Jersey enacted a strict plastic bag ban three months ago, employees at the Aberdeen ShopRite noticed something unusual — the store’s handheld plastic shopping baskets were vanishing." They're all gone now and the store is not replacing them.

I have the impression that really smart, well-educated people have a fatal attraction to extreme political and economic views. This study finds that I am right.

Nature Human Behavior publishes new guidelines saying they won't publish any research that might harm any "human population group," which opponents portray as crazed wokeism that will stifle science.

One of the stupid dodges companies and governments are now using to meet "renewable energy" targets is burning pelletized wood. After all, trees are renewable, right? And if we grow trees and then burn them, isn't that carbon neutral? No, it isn't. This claim ignores many inconventient facts: that the trees are cut with gas-powered chain saws, shipped on diesel-powered trucks to electrically-powered factories where the wood is sliced up and compressed, then transported on more trucks, trains or even across the ocean on ships to power plants where they are burned. This is gigantically inefficient and the whole industry would not exist if bureaucrats did not count it as carbon neutral, and we should change that. Ditto for ethanol, which has all the same problems.

Russian ideologue Alexander Dugin calls for a holy war against the Antichrist of the West.

Threads on Russian mobilization: Rob Lee, ChrisO, summary of a talk by Ukrainian military writer Aleksey Arestovych, summary of a group podcast with three western experts, Pwn All the Things,

Interesting description of the fighting around Kherson in the south. If the Kupyansk offensive was like World War II, the offensive in the south is World War I, a creeping advance by infantry on a battlefield dominated by artillery.

There are these American military guys on Twitter who post 20-30 statement threads that look like the PowerPoints from lame Pentagon briefings. Mostly what they say is blindingly obvious to anyone who has read any military history and follows the headlines from the war. (Here is a recent one.) But they get lots of praise from readers. I think the appeal is that they project an illusion of ordered understanding that many people find compelling, especially amidst the chaos of war.

Three reasons Russians think they can win. One of them is, "The west is weak and worthless." I know Russian nationalists say things like that all the time, but I notice they haven't tried to shoot down any NATO planes.

"Ye have heard that it hath been said, An eye for an eye, and a tooth for a tooth:

But I say unto you, That ye resist not evil: but whosoever shall smite thee on thy right cheek, turn to him the other also.

And if any man will sue thee at the law, and take away thy coat, let him have thy cloak also."

Note, I fully endorse self-defense, I just find it interesting how often Christians squirm and wriggle to get out from under the implications of the words and commandments of their "Lord and saviour".

Jesus was a radical apocalypse preacher, teaching an extreme form of pacifism that doesn't really make sense in the modern world - or really, in any world except one that people fully and earnestly believe is about to come to an immediate and total end, and in which one's willingness to suffer evil now is vital to achieving "salvation" in an eternal afterlife to come.

If you find yourself at odds with such commandments, then you ought to seek a different faith. Christianity has many good qualities, but at the end of the day it is inescapable that is is a worldview fundamentally built upon an expectation of apocalypse, which is untenable in a world which hopes and strives to continue on instead of be destroyed. If you honestly hope for a better future on this mortal coil, you cannot truly be a Christian.

(And I have similar issues with other faiths like Buddhism, for example - detachment from the world, seeking to eliminate all earthly concerns, and ultimately to "escape" the supposed cycle of reincarnation in order to cease existing so as to not have to suffer... that's not a faith which is suited to making the world a better place, but rather is a cosmic suicide cult. There are many aspects of Buddhism I find laudable, but at the end of the day, I cannot be a Buddhist because I do not believe in reincarnation, and I refuse to stop caring about the world to achieve a state of placid oblivion through total detachment.)

On the matter of wood pellets and carbon neutrality, the crux is whether the pellets are made from waste wood -- that left over from trees cut for lumber or some other product. The waste wood will eventually decay and release CO2 and there is nothing you can do to stop it. Pellets made from the waste will release the same CO2 when burned so they are "carbon neutral" as a fuel compared to what would otherwise happen. Same thing for ethanol if made from plant waste.

What's happening in the real world is entirely different. It seems that the EU has rules defining wood pellets as a renewable fuel for which one need not count CO2 emissions. That's fine if the pellets are made from wood waste. But forests in the US are being cut to make pellets that are shipped to Germany to fuel power plants that have been converted from a fossil fuel. That is NOT carbon neutral. It actually increases CO2 emissions compared to staying with the fossil fuel. Nor is planting additional acres of corn to make ethanol a carbon neutral activity.

Makes you hate the US subsidy for ethanol. It is almost enough to understand Brexit.

Makes you hate the US subsidy for ethanol. It is almost enough to understand Brexit.

Really stretching there, to imply that Brexit was in any meaningful way motivated by environmental concerns and EU laws being flawed in that regard...

@G. Verloren "Then said he unto them, But now, he that hath a purse, let him take it, and likewise his scrip: and he that hath no sword, let him sell his garment, and buy one"

No, it's the bureaucracy of the EU that writes such an upsidedown, nonsensical rule and then stands by to watch countries act nonsensically.