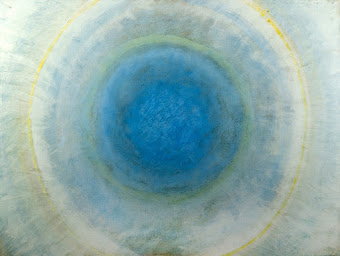 Can you be a gay Orthodox Jew? I would have said "no," but this essay argues that the idea is spreading. (New York Times)

Housing prices aren't rising because of institutional investors like Black Rock, as some have claimed, but because there is a shortage of houses in the places people want to live. The straightforward solution is to build more housing.

The US Navy is ending its railgun program and will focus on missiles instead.

Smithsonian article on Dan Sayers and his archaeology in the Great Dismal Swamp, where he insists he has found the remains of Maroon settlements. But even this very positive article shows you how little evidence of settlement by escaped slaves has actually been found.

What promotes income inequality? These economists say, "democracy and high state capacity." According to their numbers, the better governed your nation is, the worse your inequality. The article is paywalled so I can't judge it, but North America and western Europe have both seen soaring inequality, so democracy and a strong government certainly don't prevent it. This gets us back to Piketty and r>g; it may be that in a stable economic and social situation you have to work very, very hard to keep inequality from rising, and democracies are finding that impossible.

Giant macramé hangings by Agnes Hansella. And small ones.

Arguing about how bad Emperor Nero really was is an old sport. The historians cited in this New Yorker article say all the scandalous stuff in Suetonius and Tacitus was made up, but they don't offer any actual evidence for their view that Nero was an ok guy.

Long review of George Orwell's Down and Out in Paris and London, with extensive quotation, a good introduction to Orwell's period of intentional poverty.

According to a new book about the Lincolns' marriage, Mary Todd made Abraham's home life, as one of Abraham's friends put it, "a burning, scorching hell." I have always wondered how much Lincoln's mind was dominated by his awful marriage and the deaths of two of his children, crowding out the war and the end of slavery. Maybe he spent all those nights at the telegraph office, waiting for news of battles, partly to get out of the house? (New York Times, Kirkus Reviews)

The collapse of a new elevated track on the Mexico City Metro killed 26; investigation by the Times says the cause was poor welding, part of a pattern of rushed work to meet an unreasonable, politically motivated deadline. I suppose it's worth noting that back when it was cheap to build infrastructure, accidents like that happened all the time; part of what we are paying for is greater safety.

Long essay by historian Matthew Karp at Harper's examining the 1619 Project and other essentialist views of US history. In Karp's view the argument that racism is unchanged and "fundamental" removes all possibility of change in either the future or the past. Abolitionism gets scant mention in the 1619 project; Frederick Douglas appears only twice, both in an essay about music, M.L. King only once. There is only eternal, unchanging racism.

The strange world of "Ships of the Northern Fleet," a TV show that does not exist but nonetheless has a robust fandom. (NY Times) I mean, if what you really want is to be part of a fan community, why wait for a show to appear that you want to talk  about? Why not just imagine one? I hear echoes of Borges and Umberto Eco, and it might be fun. But I wonder: will they eventually split into factions, each imagining that the story develops in the way that they want? Will they have to settle on a canonical story, and who will decide?

Conservative British thinker Roger Scruton (on this blog here and here) has many fans. Among them is Viktor Orban, Hungary's right-wing prime minister. Orban and his friends have launched a string of coffee houses named after Scruton and containing some of his memorabilia, provided by his widow.

The Times finds that American birth rates are falling fastest in the places with the best economies, and even rising a little in the most depressed rural areas. Some of the women they interviewed cite cost and childcare concerns as reasons not to have children but many more emphasize their careers and "taking control over their lives."

Using bacteria to make vanilla flavoring from recycled plastic. I am convinced that this is the future of both recycling and chemistry; in 20 years we will have bacteria that feed on plastic waste and produce any compound we want.

In the Times, ambivalence among black Americans about sharing Juneteenth with white people. And more here.

Oregon's voters passed an initiative that decriminalized possession of small amounts of hard drugs, but failed to fund any expansion of addiction treatment, leaving a lot to work out.

The Supreme Court keeps dodging the big issues in cases pitting religious freedom vs. gay rights, always issuing the most minimal rulings. It seems like they don't know what to do about this any more than anyone else does.

The Silicon Tribesman visits the "Ancient Woodland of Puzzlewood," the perfect place for imagining yourself on a magical quest.

This week's music is the Pop Diva Playlist: Sarah McLachlan, Possession, I Will Remember You; Adele, Someone Like You, When We Were Young; Roberta Flack, Killing Me Softly with His Song; Cyndi Lauper, Time after Time; Dido, White Flag; Bonnie Raitt, I Can't Make You Love Me; Dusty Springfield, Son of a Preacher Man; Bette Midler, The Rose.

What could go wrong?

The majority doesn't know what to do on religious freedom vs. gay rights, but there's a vocal minority of three, led by in this case by Alito, who know exactly what they want, which is a full-throated endorsement of the former over the latter. Interestingly, Kavanaugh and Barrett were with the moderates on this one.

They don't want "religious freedom", but rather "Christian dominance".

The thing is, "religious freedom" becomes a double edged sword really quickly. For example, various Satanic groups have successfully challenged things like the presence of monuments the Ten Commandments on public property / government buildings, by putting forward proposals for their own statues of figures like Baphomet to be displayed in the same manner, with the same religious justification.

I would certainly be inclined to agree with you. My point was only that an important group on the court, and among citizens in the wider society, have very definite things in mind that they want out of an issue like this. I think there's an element of "the best lack all conviction, while the worst are full of passionate intensity."

I take your point, I just would posit that they only THINK they know what they want, and that if they get it they will be opening a Pandora's Box they will regret. Hopefully we never have to find out if I'm right.