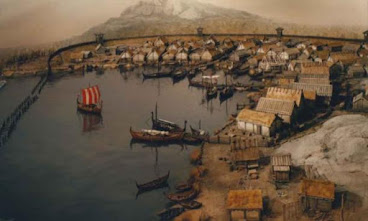 Birka, spelled like many old names in a crazy variety of ways, was a Swedish town founded around 750 AD. It first appears in written records in the year 829, when the German missionary Ansgar went there to seek Christian converts. It seems to have been the main trading emporium in central Sweden for about 200 years, with a peak population of around 700. 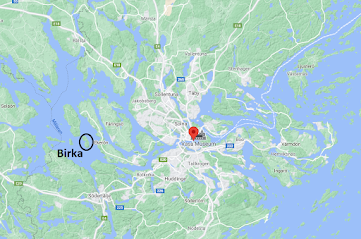 Which is interesting because it is not on the coast, but on an island within a large lake 20 miles inland. 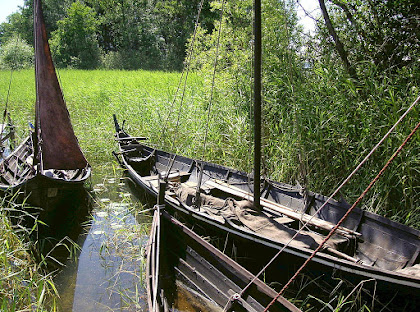 Central Sweden is glaciated terrain, and like the somewhat similar glaciated terrain in northeastern North America, it is covered with lakes, ponds, and the streams that connected them. So everybody moved around by boat, it being easier to occasionally portage your boat than to constantly ford streams and detour around lakes. Above are replica boats at the Birka historic site, and we know these are accurate reconstructions because of the number of boats that have been recovered from lake bottoms over the years. Boats like these brought goods to trade from all around central Sweden: hides, furs, fish, whatever else Swedes had to trade. 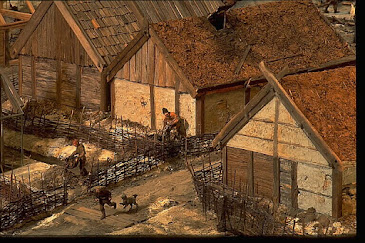 It was a dangerous, violent time, and an inland location may have been safer. Ansgar traveled to Birka with a party of merchants, but they were attacked by pirates, lost their ship, and had to finish the journey overland, crossing (complains the author of Ansgar's Life) "innumerable lakes and rivers." If your town was on the coast you could only get so much warning of attack, but a fleet beating its way up the river toward Birka would be spotted well in advance, giving the defenders time to prepare. 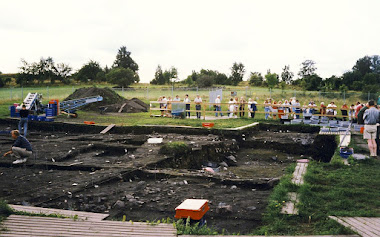 Archaeology on Birka began in the late 1600s, one of the first such projects in Sweden. There are actually three distinct archaeological sites on the island: the trading town, a large cemetery, and a hillfort with earthen ramparts that may at times have been the dwelling of the island's overlord. Whoever he was, and written sources tell us next to nothing about that. Above, excavations in the town in 1991; you can see in this photographic the dark, organic soil that indicates a habitation site. 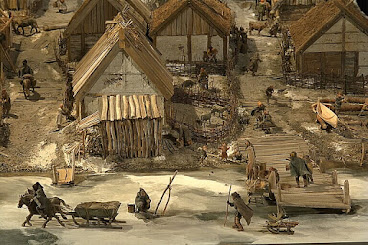 But you can't see any foundations, because none have been found. Plenty of charred wood and daub have turned up, so these were frame structures with turf or wattle and daub walls, but of their exact size and shape we know nothing. So the detailed diorama of the town in the Birka Museum is a tad speculative. 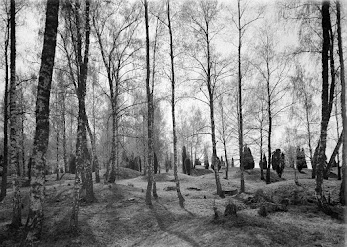 Most of the impressive finds have come from the cemetery. I'm not sure how much of the mounding you see today is from Viking burials and how much from modern excavations, but it certainly looks cool. 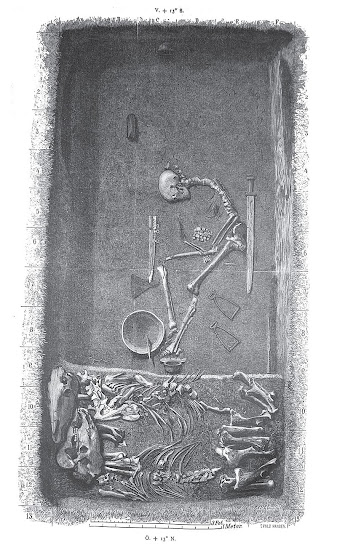 This includes one of the most famous Viking Age burials, the warrior woman of grave Birka Bj 581, recently confirmed as female by DNA analysis. 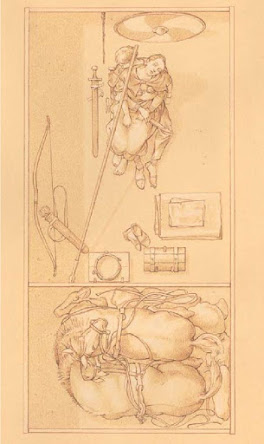 And another famous Birka burial, which contained a woman sitting on a man's lap and, thrust into the ground above them, a spear; this may have indicated that they were dedicated to Odin. (Reconstruction by Thorhallr Thrainson) 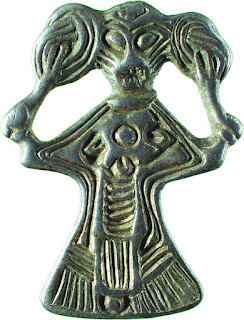 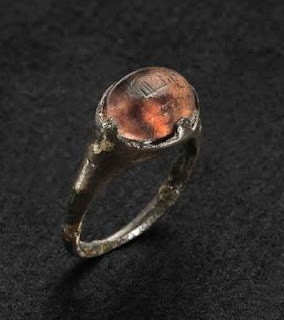 Famous artifacts from Birka graves: amulet depicting Freya twisting her locks, and a ring bearing the name of Allah. 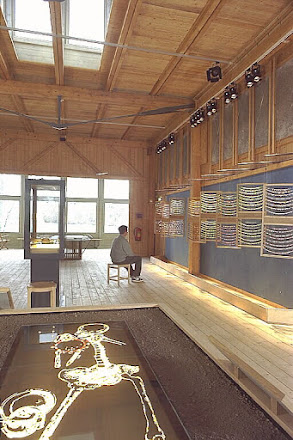 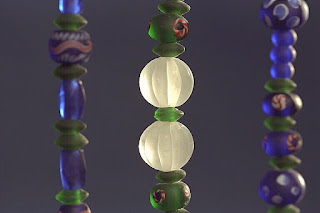 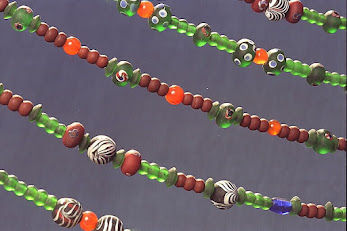 The people of Birka had a particular thing for glass beads; thousands have been recovered from the cemetery, and dozens from the town. The originals are in Stockholm, but the on-site museum displays replicas of dozens of necklaces. All of the beads were imported.

Among the finds in the waterlogged parts of the island have been more than 4,000 fragments of cloth, mostly utilitarian wool but including some fine flax and even silk. 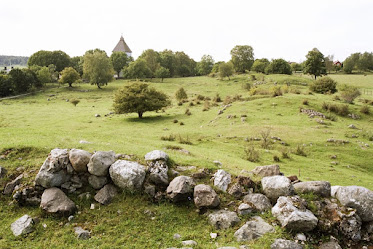 It's a popular spot for Swedes to take a day trip from Stockholm, riding a ferry boat out to the island and exploring. Which sounds to me like a delightful way to spend a summer day. 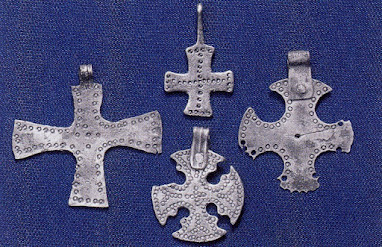 It was a dangerous, violent time, and an inland location may have been safer. Ansgar traveled to Birka with a party of merchants, but they were attacked by pirates, lost their ship, and had to finish the journey overland, crossing (complains the author of Ansgar's Life) "innumerable lakes and rivers."

Is the the choice of "pirates" instead of "vikings" at all significant here?

The people of Birka had a particular thing for glass beads; thousands have been recovered from the cemetery, and dozens from the town. The originals are in Stockholm, but the on-site museum displays replicas of dozens of necklaces.

Any idea if these were locally produced, or imported from abroad? If this was a major trade center for the area, it would make sense that if these were coming from somewhere else like the Mediterrean, they'd be found in large numbers as stocks would be kept for distribution and sale to the surrounding areas.

"Viking" was a Norwegian word not yet known to Germans in the 9th century.

Beads were all imported.