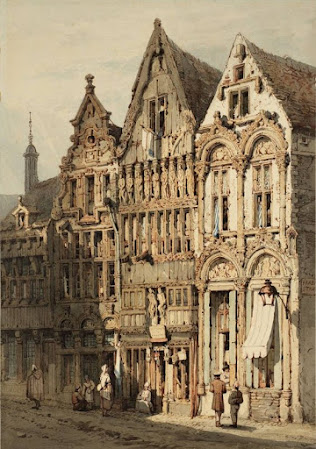 Samuel Prout (1783-1852) was a British artist best known for his watercolors and drawings of buildings. 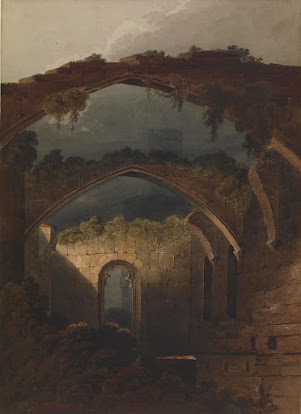 One of his students was John Ruskin, and you can see Prout's influence in a lot of Ruskin's work. 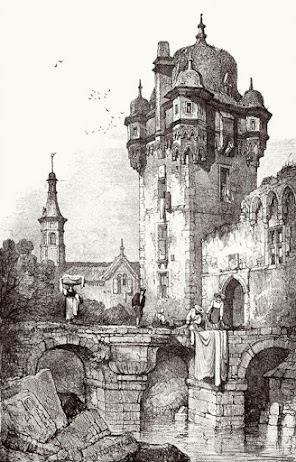 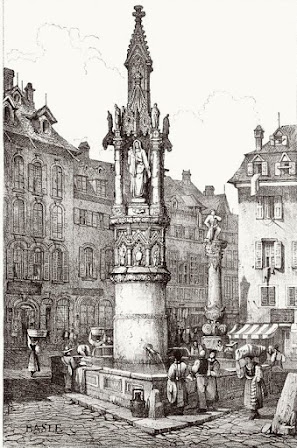 Prout published several volumes of lithographs based on his drawings, but he was not a lithographer himself and I think the published prints vary a lot in quality. So the first image of Prout's work you stumble across might not give you a good idea of what his better stuff looks like. I'm sticking to the best reproductions here. 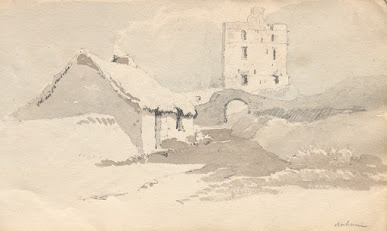 Here are two sketches of Norham in northern England, from a sketchbook now in the British Museum. 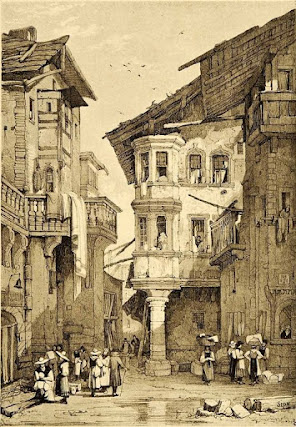 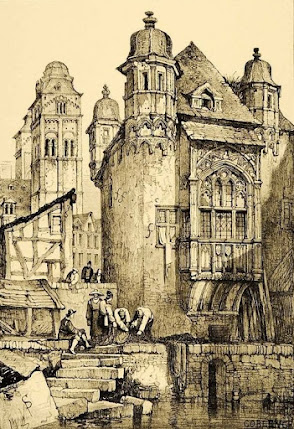 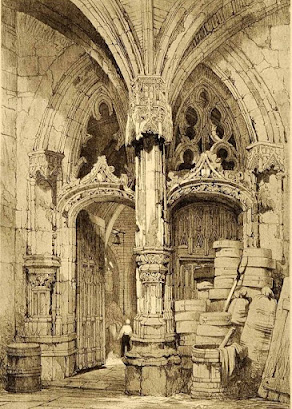 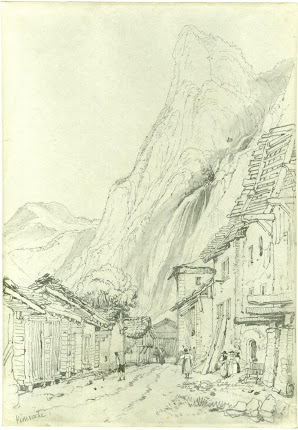 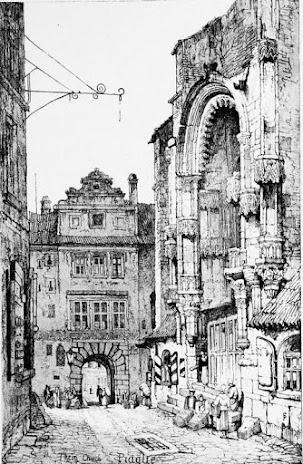 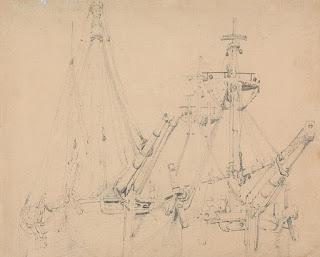 And last, a work I find weirdly magnificent, a drawing that reduces two ships to an outline of ropes and spars.
Posted by John at 11:56 AM

Oh these are so wonderful!! Thank you for sharing them.