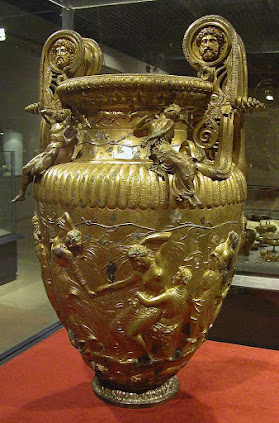 The Derveni Krater is a masterpiece of metalwork from the 4th century BC. It was found in a tomb near Thessaloniki in Greece. The golden glow comes from the high tin content of the bronze, 15% instead of the more usual 8-10%. 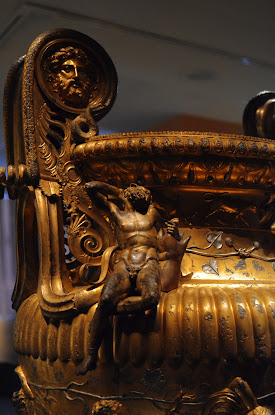 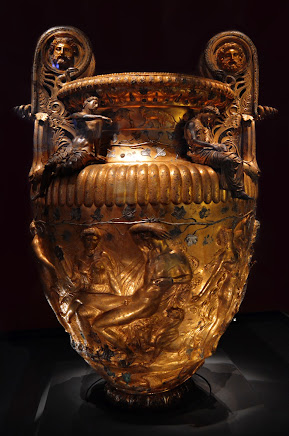 In the tomb it held the deceased's ashes, but it was made for mixing wine. 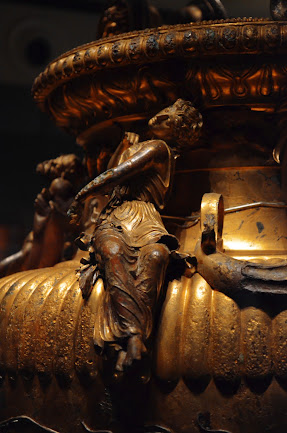 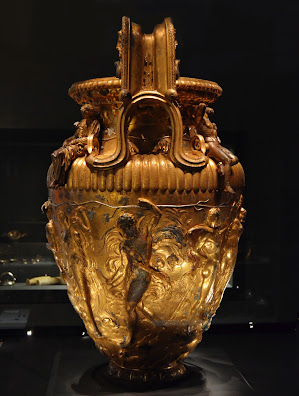 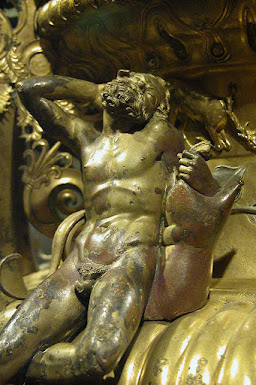 The vessel's decoration celebrates, appropriately, the power of Dionysus. The main scene depicts his marriage to Ariadne. 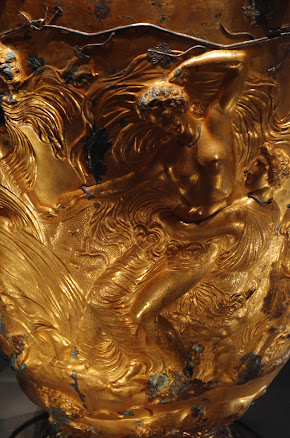 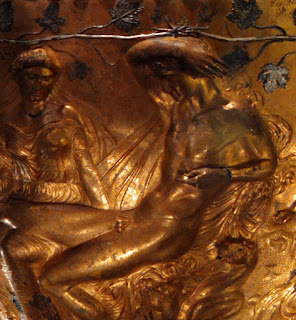 The krater is 90 cm tall (3 feet) and weighs 40 kg (90 pounds). It was not cast but hammered into shape from two separate, flat pieces, with others then added. 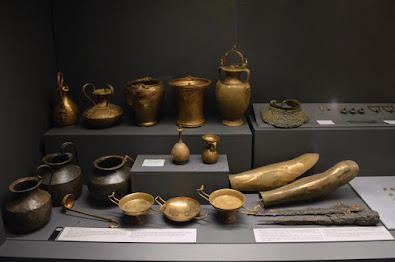 An inscription around the rim reads, Astiouneios, son of Anaxagoras, from Larisa. He was presumably the krater's first owner, but that doesn't necessarily make him the one buried inside it. The objects shown above were also recovered from the tomb.
Posted by John at 2:49 PM