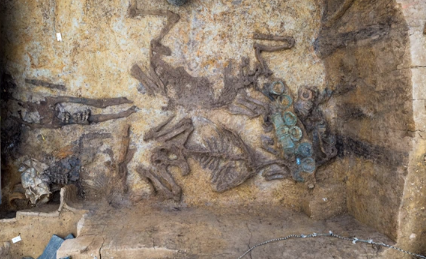 I reported here last summer on the Gallic chariot burial under excavation at Warcq in the Ardennes region of France, near the Belgian border. Thinking over the year that has been, I was reminded of this discovery and went back to the INRAP web site to see what might have been posted since. 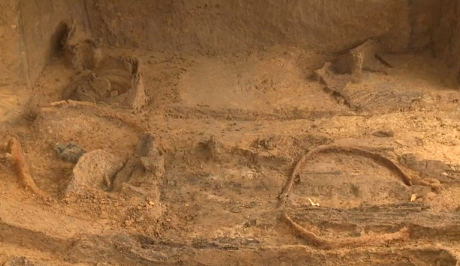 I found a 6-minute video in French, full of amazing images, and a second press release adding more information on the project. All of this is from June and July, though, so nothing yet on radiocarbon dates or any such post-excavation details. The date is an issue because chariot burials were more common before about 300 BCE, but some of the other artifacts in this one look later, perhaps as late as 100 BCE, by which time we thought the practice had stopped. 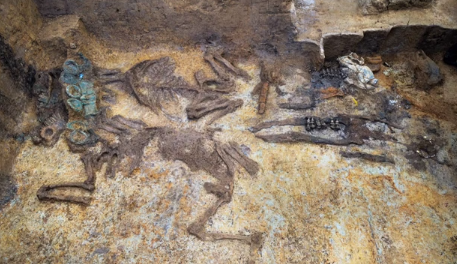 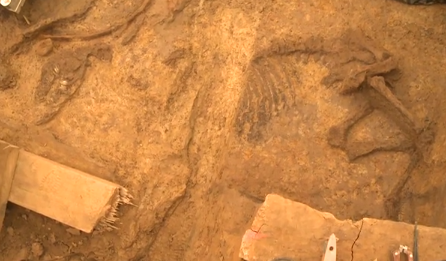 There are four horses in the grave, which is extraordinary. Most Gallic chieftains made do with two, some with none. Note the dark stains in the walls of the excavation, which are the remains of the boards that once formed the burial chamber. 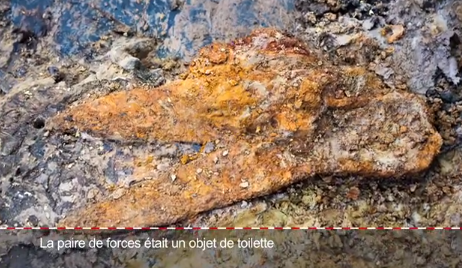 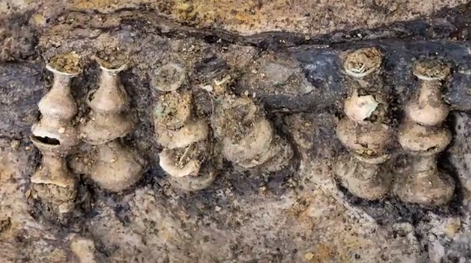 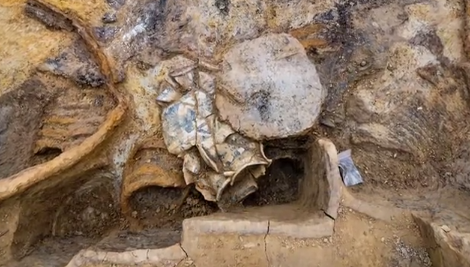 Lots of pictures in the video of grave goods under excavation, giving you a good idea of what this stuff looks like as it comes out of the ground. Directly above is a smashed pot and some other stuff. 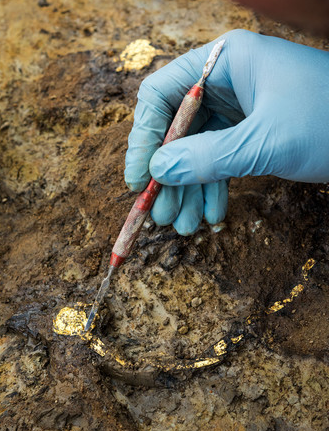 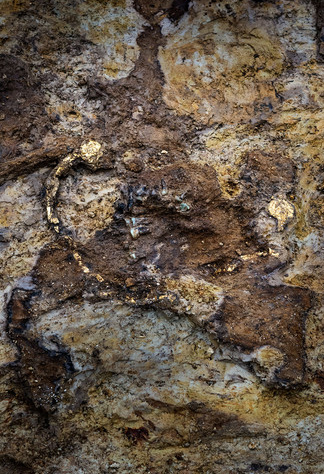 The torc around the buried chieftain's neck. No, I don't see the skull either, so I suppose it must have decomposed into that dark stain. What survives of the necklace is thin gold foil, which must once have decorated a wooden or leather frame. 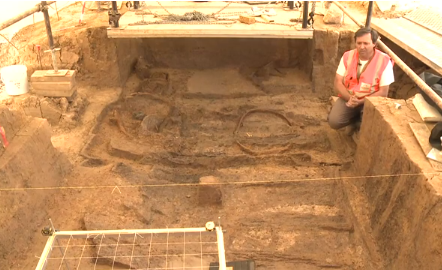 What an extraordinary find. From the press release:


The two-wheeled chariot is ceremonial, not built for war. The vehicle is finely decorated, including bronze pieces, sometimes set with dark blue or yellow glass paste on the body and hubs. Other enigmatic wooden objects are still covered with a thin gold foil. . . . The deceased, probably a man, lay on the body of the chariot. An exceptional gold necklace still encircles his neck. A fibula is linked to his clothes. A bent sword scabbard, a pair of shears and an iron razor rest beside him. Three ceramic vases, whole, were crushed in the collapse of the ceiling of the room. Besides the four horses there is a pig, no doubt a food offering. Everything here indicates a spectacular, elaborately staged funeral.