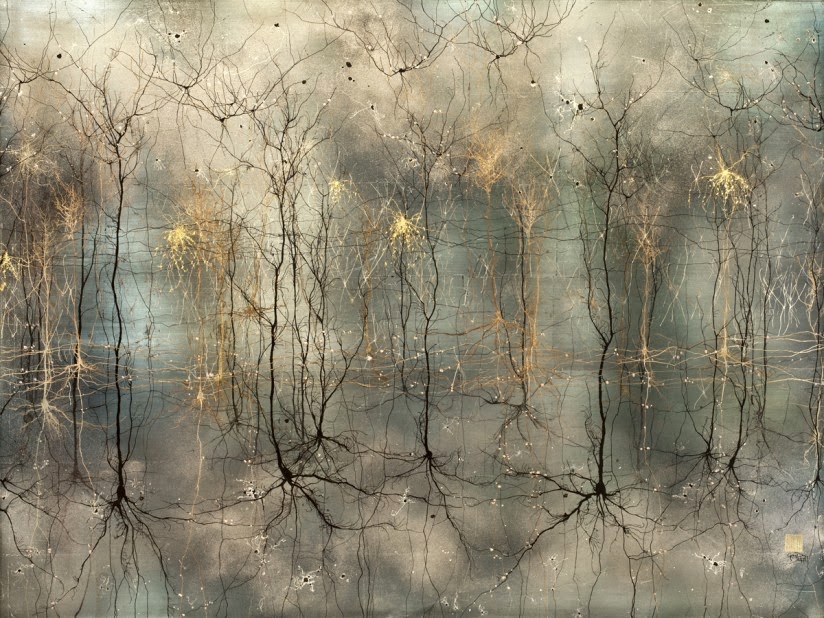 Greg Dunn has a Ph.D. in neuroscience but gave up science for art. His images draw on both his time spent staring at slides of neurons and his love of Asian art. He says,


The microscopic world belongs in the world of Asian art, There's no distinction between painting a landscape of a forest and a landscape of the brain. 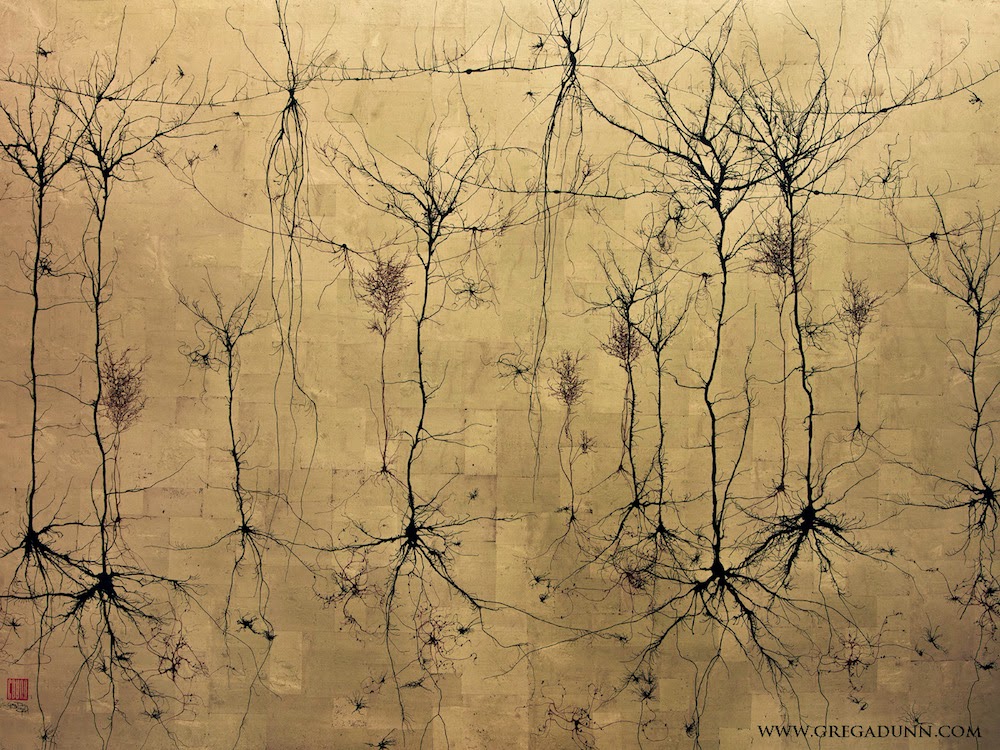 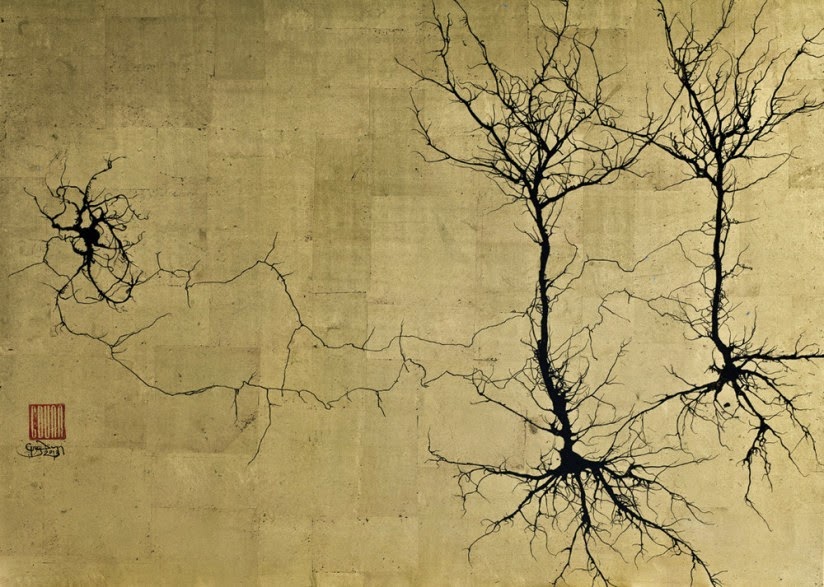 Basket and Pyramidals, 2013. I like these a lot. To recreate the random branching of nerve cells Dunn developed a semi-random method:


Dunn developed a process that involves blowing ink around on non-absorbent paper. The shape of the paper and the turbulence in the air cause the ink to splatter in a way that perfectly captures the treelike tangles of a neuron. 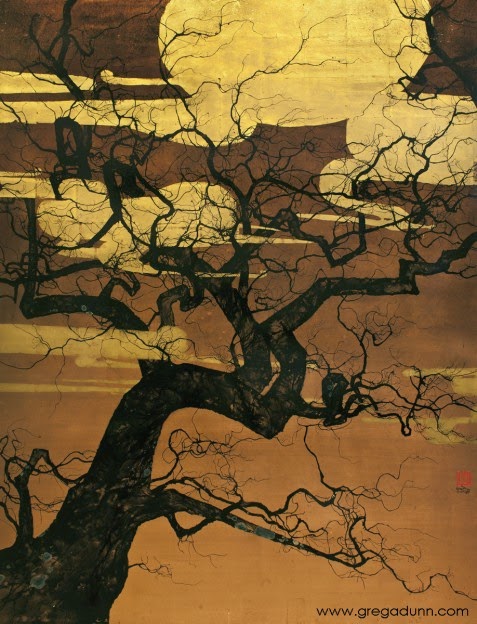