The Minoan Frescoes of Akrotiri 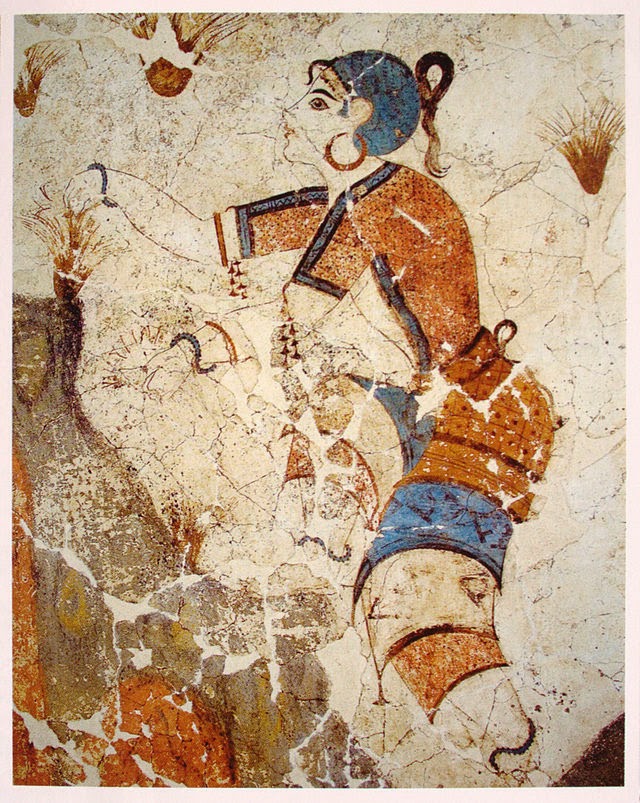 Akrotiri was a Minoan settlement on the island of Thera in the Aegean Sea. Some time between 1650 and 1450 BCE, the island blew up, burying the settlement in volcanic ash and preserving its wonders for us to see. Especially marvelous are these frescoes; the one above is one of the two Saffron Gatherers. 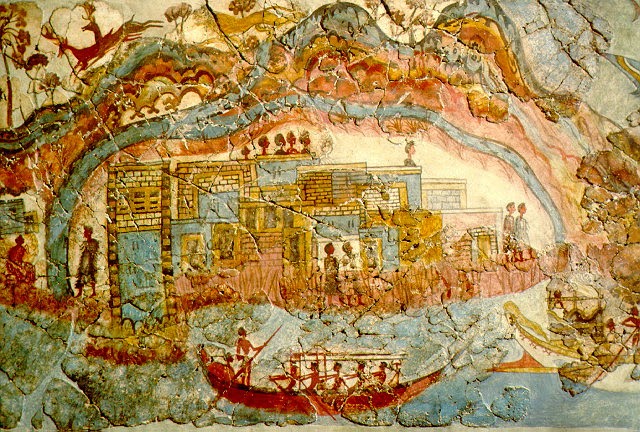 You may be wondering why the date can't be given any more precisely than that. Well you see. . . . Oh, I'm not in the mood. Suffice to say that different techniques give radically different dates, and nobody can agree on which dates to prefer. 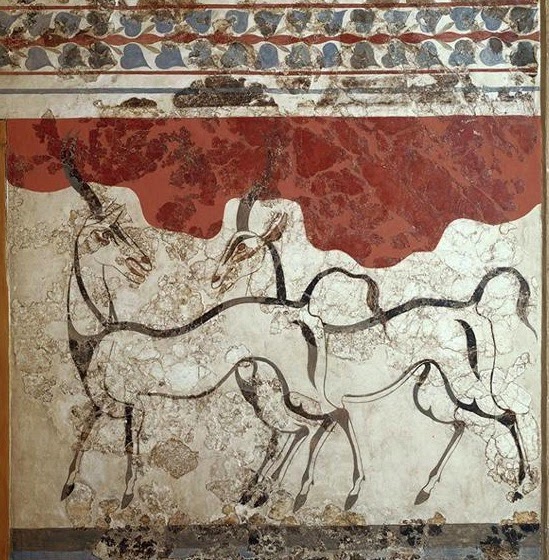 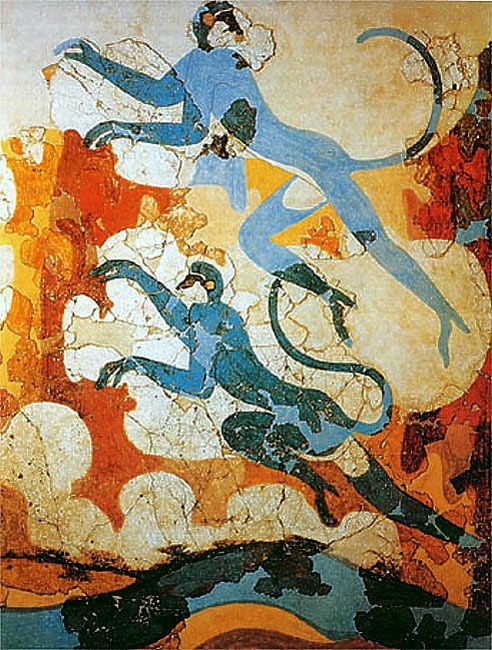 And the blue monkeys. 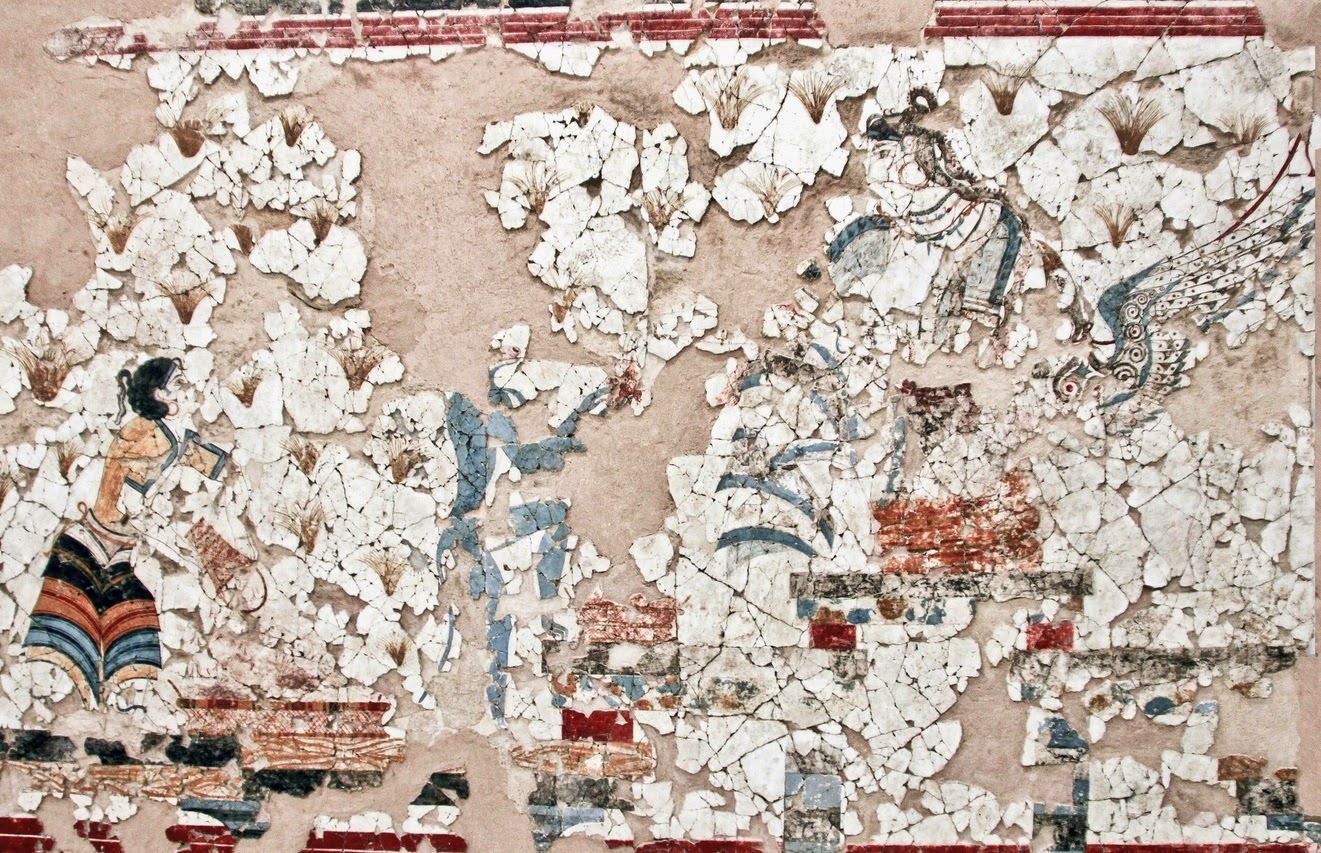 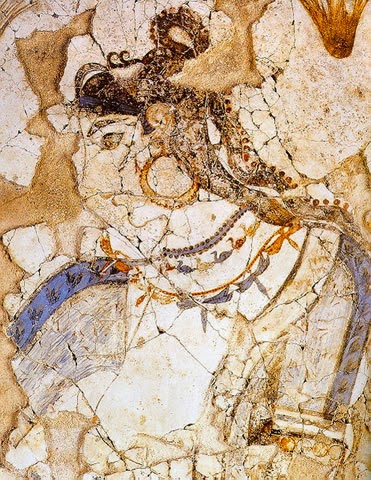 This fresco is known as the Mistress of Animals. 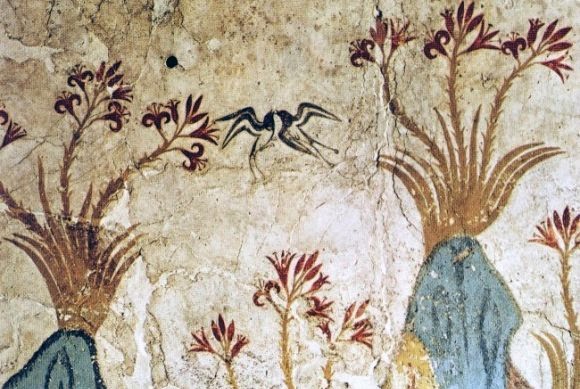 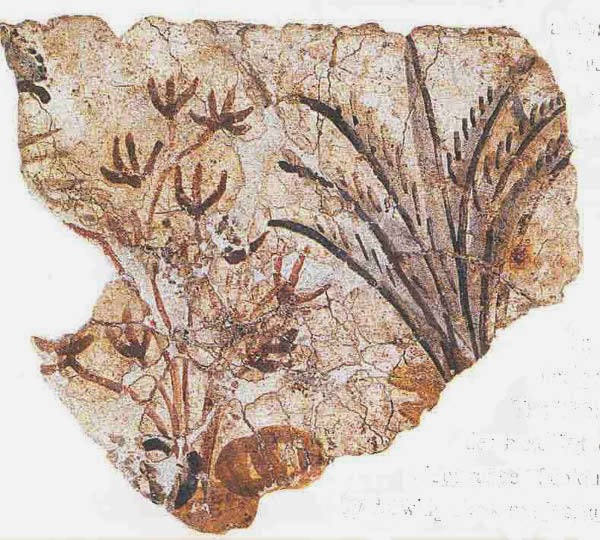 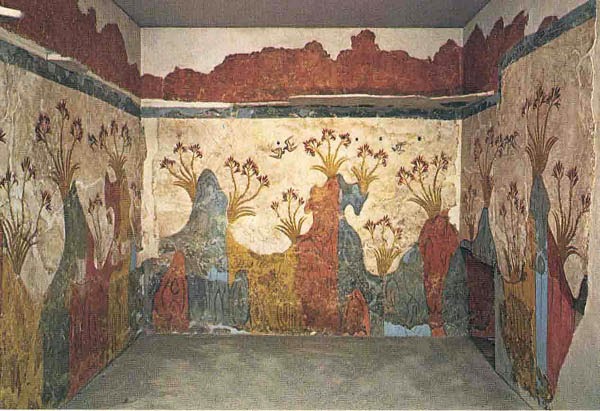 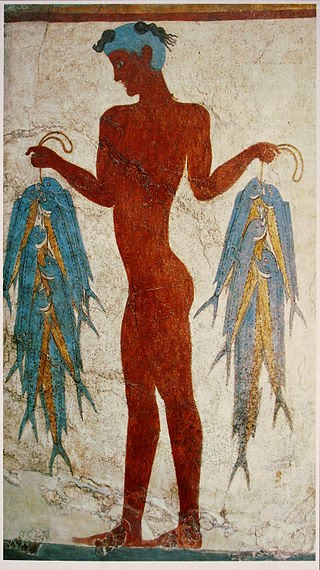 The fisherman, which is the best-preserved of the frescoes. 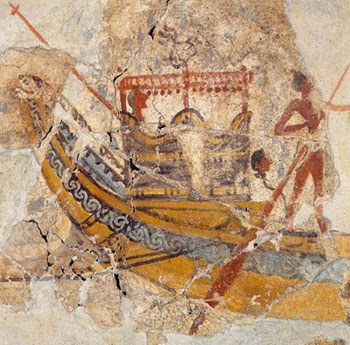 Detail of a ship. 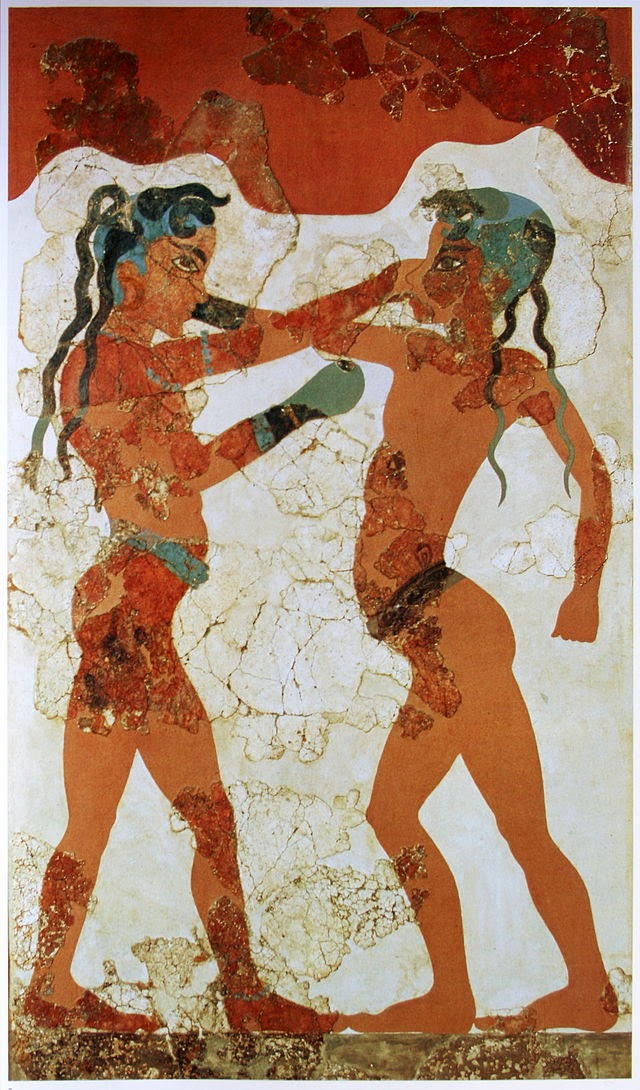 These used to be the boxing boys, but some people think they are girls, so now they are called the Young Boxers. 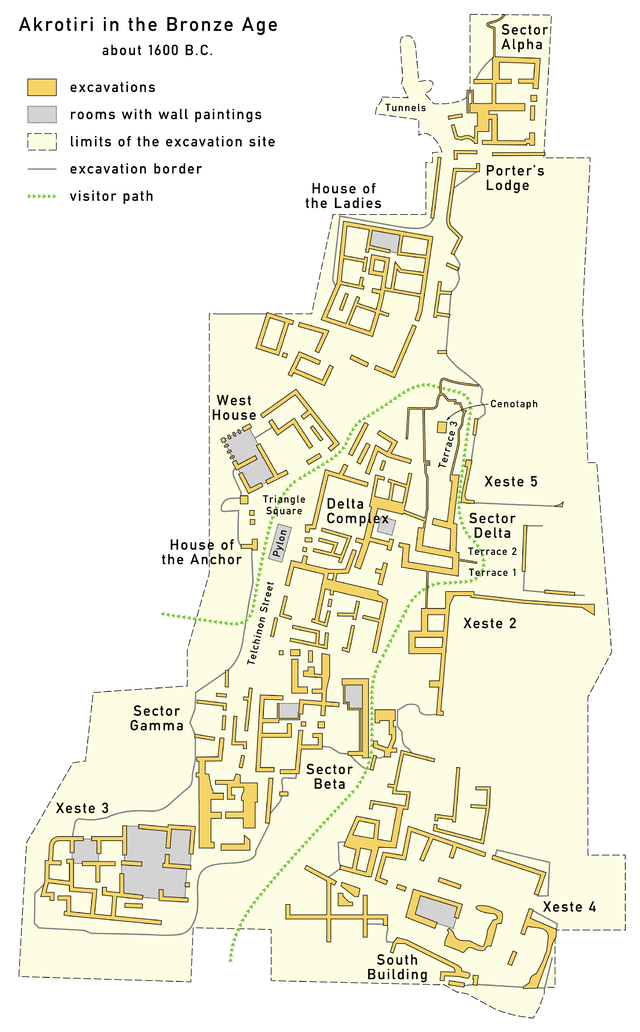 Plan of the excavations. 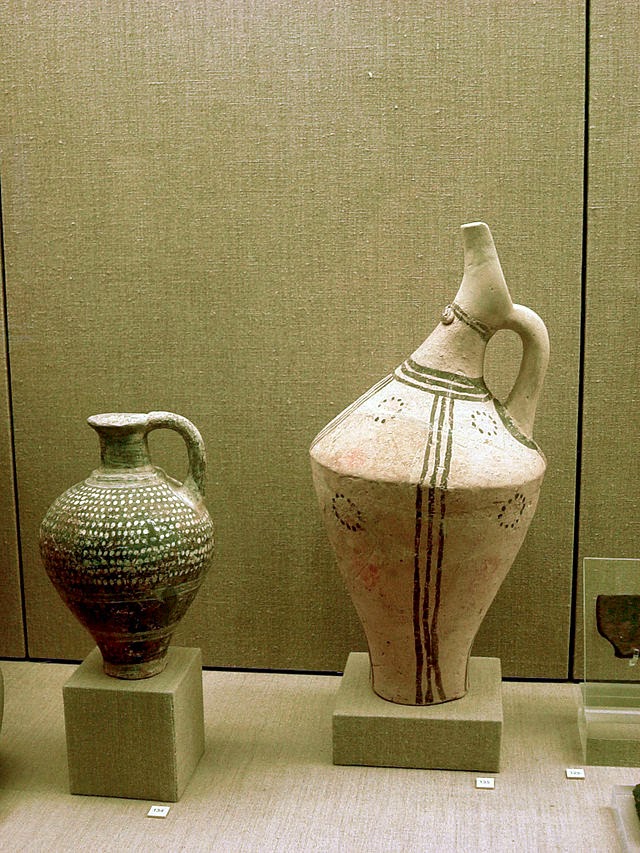 Unlike Pompeii and Herculaneum, Akrotiri was not full of bodies. There was also very little gold or jewelry found. It looks like the residents had time to flee, taking their valuables with them. Geologists speculate that the island's eruption was preceded by a series of increasingly strong earthquakes, like a message from Poseidon to get off the island. But plenty of everyday stuff was left behind, like a nice assortment of pottery.

View of the buildings, now covered by a protective roof that collapsed in 2005, killing a visitor, which led to the excavations being closed for five years. But now they are open again, so you can see the frescoes in the museum and then explore the site and see where all the stuff came from, which is a great way to experience the past.
Posted by John at 9:53 PM

I've always loved Minoan art. It has a strange quality to it which I can't quite explain. It very strongly reminds me of later Middle Eastern and Indian art, although it is still markedly distinct.