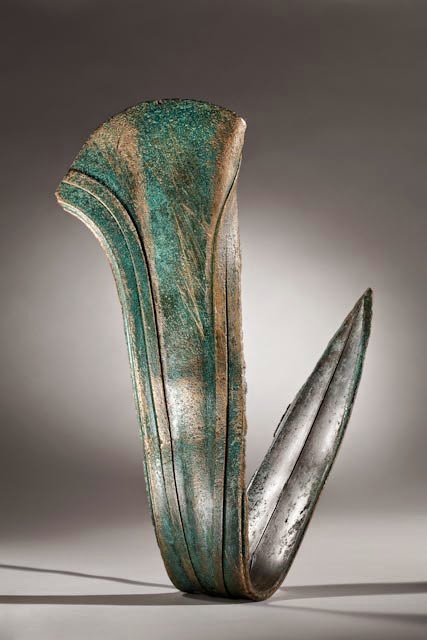 You never know what the plow will turn up in England:


When a farmer turned up a hunk of bent bronze while ploughing a field in East Rudham, Norfolk, 12 years ago, he had no idea he’d found an archaeological treasure. He used the four-pound object as a doorstop for years and was considering throwing it out when a friend suggested he have it checked out by an archaeologist first. In 2013, the object was reviewed by Andrew Rogerson, Senior Historic Environment Officer of Norfolk’s Identification and Recording Service which is in charge of county’s Portable Antiquities Scheme. He identified it as an extremely rare and important ceremonial dirk from the Middle Bronze Age, around 1,500 B.C.

The size of the dirk, the dull edges and the lack of rivet holes for attaching it firmly to a handle all suggest that it was ceremonial rather than practical.

And the Rudham dirk not the first such item plowed up by English farmers; this is the Oxborough Dirk, which turn up in 1988. More at the History Blog.
Posted by John at 7:11 PM