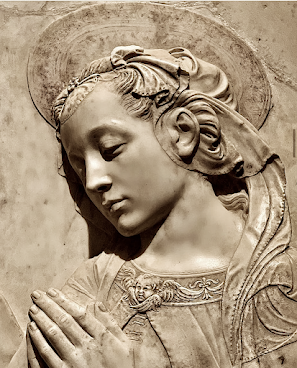 Severed head reunited with the spectacular Roman sarcophagus from which it was taken in the 19th century by a perfidious British imperialist.

Good NY Times "Overlooked No More" piece on William B. Gould, who escaped slavery and served in the Union Navy during the Civil War, then went on to be a successful contractor in Massachusetts. And at Wikipedia.

Amusing use of anti-racist rhetoric as an excuse to postpone a meeting.

A poll finds that 73% of Republicans and 74% of Democrats agree that people in the other party are "generally bullies who want to impose their political beliefs on those who disagree." Also, about half of respondents (49 percent) agreed that they "more and more feel like a stranger in my own country," ranging from 69 percent of strong Republicans to 38% of strong Democrats.

Some US communities have replaced 4th of July fireworks with drone shows, especially in areas worried about wildfire.

The strange career of 'Otter Man' Lee Roy Sevin, who founded a business in Louisiana where otters are plentiful, trapping them, breeding them, acclimating them to new diets, and selling them to wildlife officials to help restore populations in states where otters had been nearly eliminated.

Scott Siskind reviews a major study which found that while kids on Ritalin were less disruptive in class and did better on quizzes and other assignments, at the end of the course they did no better on the exam; paying attention in class did not help them learn more. His says this is what the literature on Ritalin generally finds: positive short-term effects but little evidence of long-term benefit. If paying attention in class really does not help that seems to me like another indication that we have only the vaguest idea what learning really is, or how it happens.

Study finds that giving poor Americans $5,000 in cash doesn't help them much. Authors suspect that for some of them, getting $5,000 just made them worry more about needs that went way beyond $5,000.

In Israel, the kibbutz is moving away from a purely socialist model towards what you might call a "mixed economy," which is making at least some richer and their residents happier.

A lovely painting said to be by Marc Chagall is deemed fake by a French committee, which now wants to destroy it. But since many pantings have gone from real to fake and back, that seems short-sighted, especially for something so pretty. (NY Times; Irish Times)

Author of the book "Do Hard Things" argues that we need to stop being wimps and do hard things.

Explainer on how the power grid works and how the "Smart Grid" might be better, fairly long and complex.

Short video of a fin whale feeding frenzy in Antarctic waters, showing the dramatic recovery of the species.

Early anthropologists did their work mostly by reading books written by missionaries and other travellers; only in the early 20th century did they begin doing their own fieldwork.

Sixteenth-century boxwood prayer bead, just 2 inches in diameter but carved with scenes of Jesus' trial and execution, sells for $726,000.

If you haven't been following the Boris Johnson mess, Vox has a clear explanation of the situation.

The Battle of Donbas began on March 17, which means it has already lasted longer than Kursk, Normandy or the Bulge. As of July 3, the Russians had taken about 1500 square kilometers of territory, or 0.24% of Ukraine – roughly as much ground as France and Britain took in the Battle of the Somme.

The naval war in the Black Sea: how Russia established dominance, then lost it.

Royal United Services Insitute, 25-page report on the state of the war in Ukraine and what Ukraine needs to win. (Emphasis on electronic warfare, including homing missiles.)

Ukrainian special forces return to Snake Island and raise the flag. Interesting to me that some US naval types expected this, and that there is a military term for it, a "flag raising mission."

How a Russian conspiracy theorist sees the fall of Boris Johnson (short).

Ukraine's new tactic of attacking Russian ammunition depots to slow down Russian artillery fire. I'm actually curious how many 152mm shells Russia has; some military guys on Twitter expected them to run out by now, since they have been firing up to 50,000 a day for months. But a guy quoted in this article says "One must understand that the Soviet Union produced munitions enough to wage a thousand years of war."

Scott Siskind reviews a major study which found that while kids on Ritalin were less disruptive in class and did better on quizzes and other assignments, at the end of the course they did no better on the exam;

Here's an idea - just tell the kids that they're taking a quiz, not an exam. Problem solved.

"Amusing use of anti-racist rhetoric as an excuse to postpone a meeting."

I struggle to find the amusement. The actual logic on display is about as idiotic as banning vegetarians from the workplace because Hitler was a vegetarian. It's not funny; it's not clever; it's not even darkly amusing via schadenfreude or similar; it's just... astoundingly stupid.

@G- I debated this the other night with my children, some of whom agreed with you that the whole thing was appalling. I thought it started as a joke, but the jokester felt trapped and decided not to back down.

@G, perhaps it's because you're a humorless scold?

*cue passionate ten paragraph response nobody will ever read*

"Author of the book "Do Hard Things" argues that we need to stop being wimps and do hard things."

It occurs to me that much self-help and pop psych lit, as well as much social commentary generally, seems boil down to saying either, "you're good enough" or "you're not good enough." One feels left with ritual whose main point is repetition of either message (or perhaps both together, to keep people on--or off?--balance), not any specific content.

So far as I can tell, the main specific value of both these messages is counteracting an adverse excess of the other. Beyond that, one may be entering the realm of hot gas.

Here's a question: what is there more of in the world, self-help books or Russian artillery shells?

In a slightly different vein, I'm aware that there's a general problem with undermotivated young people, and that one is feels a need to find the right combination of "cruel coach" and "supportive enabler" to get such young'uns moving. Either of those models can work in specific circumstances, and either can succeed quite well over the long haul for certain people.

As Commynes said of one French king, "perhaps it would have been better if he had done less."

Of course, if Roko's basilisk turns out to be a thing, I'm in serious trouble.