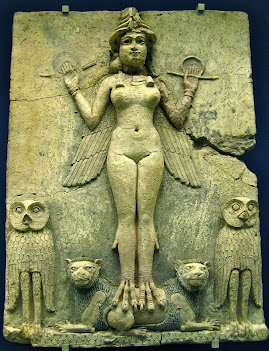 Crazy short video of a wind turbine that was struck by lightning.

American book publishers, squeezed from the right by library bans and the like, are being intimidated into avoiding projects that might offend loud voices on the left. "Sensitivity readers" who flag objectionable words and phrases are widely employed to help avoid trouble on social media. (NY Times)

Baskets made of pressed flowers by Shannon Clegg, lovely.

Murals of birds and other things by Spanish artist Taquen.

Plan for selective tree cutting and controlled burns at Yosemite, intended to protect the Park landscape and especially the famous Sequoia Groves from catastrophic fire, is blocked by lawsuit from environmental groups.  (NY Times, Guardian)

Interesting short essay by Kevin Drum on what went wrong with America in 2001-2010, which shows up in many metrics as the worst recent decade.

More from Kevin Drum: the marriage rate in the US has been falling since 1949, years before feminism or the counter-culture or gay rights had any impact. The driving force is almost certainly economics.

In the NY Times, the dog lawyer who defends animals condemned to death for violent behavior. I don't want in any way to condemn this; our species has an awful record of animal cruelty, and thanks in part to people like this lawyer things have gotten better lately, at least outside factory farms. But I do sometimes get the sense that some Americans and Brits care a lot more about their dogs and cats than they do about other people.

Explainer on Sri Lanka's economic crisis, which is basically about overspending and debt, not organic farming; the government tried to force all farming to go organic partly to hide the fact that they couldn't afford to import fertilizer.

Scott Siskind on using Forer statements – those statements about "you" that people feel are accurate, which skeptics use to explain astrology etc. – to discuss some basic things about how you are probably like other people. Most of the ways people think they are unusually weak, or suffer to an unusual degree, are shared by everyone else. I think this is truly important. Nothing degrades empathy like believing you were singled out to suffer, and very often the best move you can make in life is to talk about what is bothering you and discover that others have the same struggles. I think about this every time I read a story about students who dropped out of college because they felt like they didn't belong.

Vox piece interview with a native activist about land acknowledgements. Interesting but I hate the way they use the word "originally", as if the people living somewhere in 1750 had been there forever.

Inside the multinational logistics center in Stuttgart, where American,  British and other allied specialists keep weapons flowing toward Ukraine. Their goal is "door to door" – arrival in continental Europe to Ukrainian front line – in 48 to 96 hours. So far they have moved 78,000 tons of supplies. People who shout for more aid to be sent, and faster (including Zelensky) are ignoring the reality that it has simply taken time to build up the logistics routes into Ukraine, and in the short term sending more of one thing means sending less of something else.

Tens of thousands of educated people are leaving Russia; since the start of the war, 16,000 have gone to Israel alone. Some may go back after the war but history suggests only 1 in 10 migrants ever returns.

Igor Girkin says that rather than reinforcing their threatened position in Kherson, the Russian leadership has decided to launch a frontal assault on Avdiivka, which he seems to think is a colossal waste.

One reason the Russians thought they could easily conquer Ukraine was the vast network of agents they had installed before the invasion began, which did open many doors for their troops.

Institute for the Study of War campaign assessment for July 27, with notes on the limitations on Russian activity.

I clicked on that twitter thread about Noam Chomsky's remarks. It's mostly a person named Idrees Ahmad slamming Chomsky in moral terms: disgraceful, cowardly, leftists say no justice no peace but they're obviously hypocrites, they think only the US can be imperialist, etc., etc. But ostensibly Idrees is responding, not to Chomsky, but to the tweet of one Vincent Artman, who is actually not making an argument about "imperialism" or anything like that, but says plainly the reality that we should all face: we can fight Russia until we have a nuclear war, or we can accept that the only way to avoid that is some ugly and amoral negotiations that let Russia have Crimea, accept some compromise on the Donbass, and probably Ukrainian neutrality. We can have that or we can have great power war.

I will say, if Russia gets some reward out of its aggression, but in return we don't have World War III, I'm good with that.

Great power war is not necessary. Ukrainians are doing quite well now. If they are ready for war, we can support them. I am not saying war is good - it leaves thousands and thousands of civilians dead or wounded. But especially now Ukrainians are slowly getting more artillery and more arms, so they can even repell Russia.

Unless, of course, Russia would start getting more help from China or Iran.

And unless Russia will decide that they can't afford losing and start use tactical nukes of something.

(Though I've heard one Polish podcaster saying something to the effect that Zelensky wants to have succesful Kherson offensive in order to get better position during the negotiations. That's surprising opinion, but I note it's the first time I've heard that. Previously everyone was just denouncing German and in general, western "defeatism" and some even were talking about German-Russian axis)

Syngman Rhee once taunted President Eisenhower, who was no pacifist or appeaser, with cowardice for being unwilling to restart the war in Korea. Eisenhower replied, "There is no disposition in America at any time to belittle the Republic of Korea. But when you say that we should deliberately plunge into war, let me tell you that if war comes, it will be horrible. Atomic war will destroy civilization. . . . War today is unthinkable with the weapons we have at our command. If the Kremlin and Washington ever lock up in war, the results are too horrible to contemplate. I can't even imagine them. But we must keep strong. . . . I assure you that we think about these things as seriously and continuously as you do. The kind of war I am talking about, if carried out, would not save democracy. Civilization would be ruined, and those nations and persons that survived would have to have strong dictators over them just to feed the people who were left." (This from Richard Rhodes' _Dark Sun: the Making of the Hydrogen Bomb_.)

Ukraine is doing well, and bravo to them. If they can get Kherson back and be in a stronger position to negotiate, bravo to them again. I certainly think we should keep arming them. But I don't think Ukraine can defeat the Russians, in the sense of totally smashing Russia's ability to make war, forcing regime change, or pushing them beyond all Ukraine's borders. I don't think they're going to get Crimea or the Donbass back.

Zelensky has, as I'm sure you know, offered negotiations several times, and has explicitly put Ukrainian neutrality on the table.

I think we may possibly see secret maneuvers about how to start talks in about December. There will be a lot of talk about western cowardice, softness, and defeatism. I don't care. By far the most important thing is to make sure there is no great power war.

@David " By far the most important thing is to make sure there is no great power war."

Absolutely. I mean, I think western block most likely would win in the long run. But the losses would be staggering and most likely me and my family would be among the first victims.

Plan for selective tree cutting and controlled burns at Yosemite, intended to protect the Park landscape and especially the famous Sequoia Groves from catastrophic fire, is blocked by lawsuit from environmental groups.

It really boggles my mind how some environmental groups don't understand something as basic and fundamental to a healthy environment as controlled burns.

Native Americans were performing exactly such kinds of fire management on those exact same lands for thousands of years, but in the modern day we "can't interfere with nature"? Bullshit! We've already interfered with nature! These fires are the product of man-made climate change! We can either do small controlled burns, or lose the entire goddamn forest! Lesser of two evils!

I swear, you should have to demonstrate basic competency in environmentalism before being allowed to lobby about it. (The same should probably apply to all fields and topics, to be honest...)

But I do sometimes get the sense that some Americans and Brits care a lot more about their dogs and cats than they do about other people.

People tend to care more about those who treat them well than those who don't. In my experience, dogs and cats are overall far more likely to treat you well than other people are.

There's also the factor of reduced agency - a great many of us favor the "underdog", understandably. Dogs and cats are stuck living in this world we've created, with little capacity to fend for themselves successfully, existing at the mercy of often cruel or neglectful humans who treat animals about as badly as they treat their fellow humans. Is it any wonder that many people feel compelled to stick up for these creatures who can't stick up for themselves?

This matches radio / phone intercepts I've read, complaining about how useless recruits were because they received just a few days of training.

Fun comparison - back in WWI, that bloody catastrophe where the inflexible generals just kept shoving ever more warm bodies into the meatgrinder - the average American Doughboy got a full six months of training before entering combat, and even in France the typical training was two months (or one month if being sent to a "quiet" part of the war).