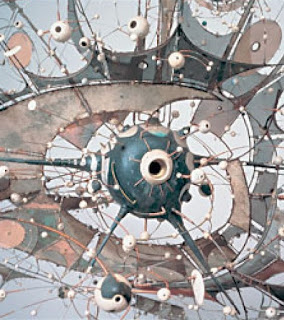 Lee Bontecou (born 1931) is an American artist whose work is diverse and, I find, fascinating. She entered the art world at the time of the Cold War, the Space Race, and rising feminism, and she sometimes worked with the news on in her studio. Yet there are no simple analogies to be made between her work and politics, or straight lines to be drawn from events and ideas to her art. 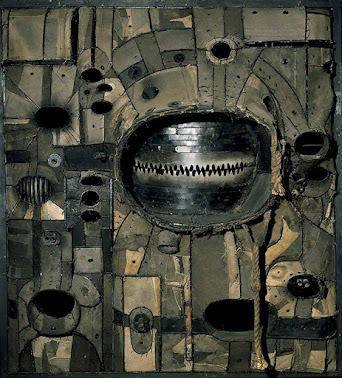 Bontecou is most famous for a long series of works that one might call scuptural paintings, hung on the wall like paintings but featuring three dimensional elements made mostly of steel and canvas. 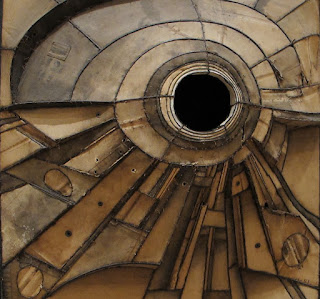 Most feature these voids, which have inspired endless debate. Some see them as related to space (black holes), or to politics. Many react with horror, and see them as devouring mouths. Some feminists (like Judy Chicago) think they empower women by turning vaginas into symbols of strength. Bontecou hasn't helped by occasionally piping up and saying that this or that interpretation is wrong, usually without saying what she did intend. 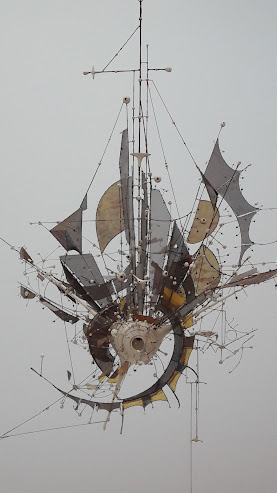 For years those scary wall sculptures were all I knew of Bontecou's work, and I found them powerful and disturbing but never warmed to them. Then I happened to peruse a catalog of a major Bontecou retrospective from 2003 and was blown away but parts of her work that I had never seen. 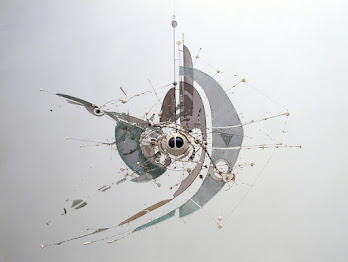 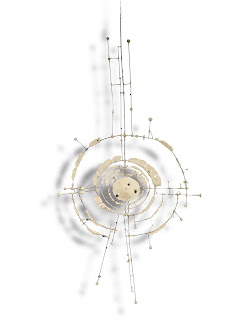 In the early 1970s, at the height of her fame, Bontecou withdrew from the art world. She left her gallery, stopped taking calls from art people, and moved to a farmhouse in Pennsylvania. For a while she taught one or two courses a year at Brooklyn College, but otherwise she kept to herself. Then for some reason she did finally take a call from a curator who wanted to stage a retrospective. Bontecou agreed, and one result was a big 1993 show. Others followed, culminating in the 2003 blockbuster. When curators visited Bontecou's studio, they found it hung with these wonderful sculptures, which she had never showed. 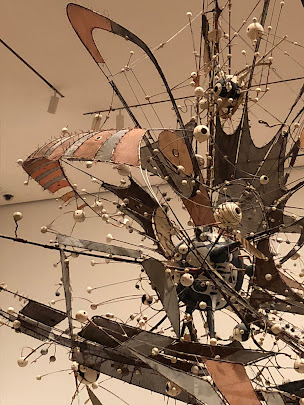 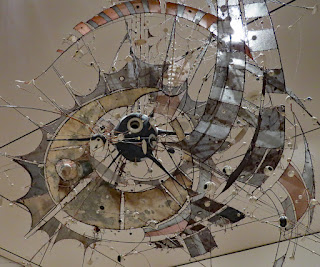 I just love these. 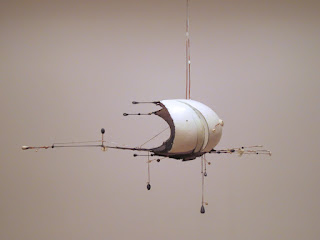 These shows have also includes some of Bontecou's drawings and paintings, very few of which had ever been shown. This one – untitled like most of Bontecou's work – is from 1982. 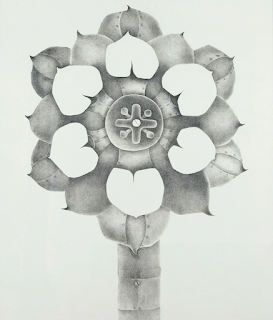 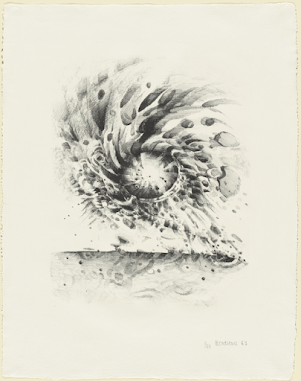 Two from a series titled Stone. 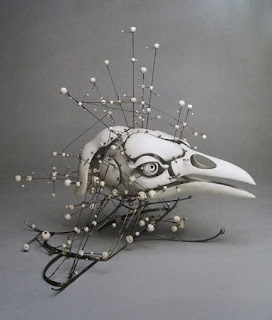 This discovery made for two very happy hours in my life.
Posted by John at 10:24 AM