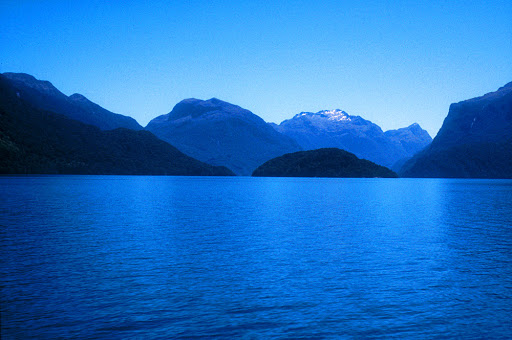 At the southern end of New Zealand's South Island is a spectacular landscape of mountains, lakes, and fjords, which they insist on spelling "fiord." 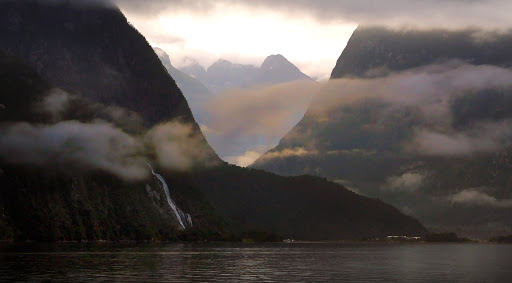 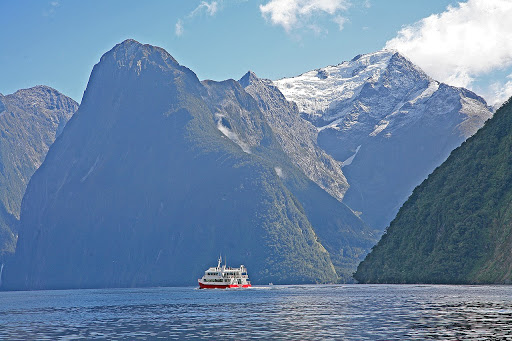 At the heart of it is Milford Sound, which Rudyard Kipling called the Eighth Wonder of the World. 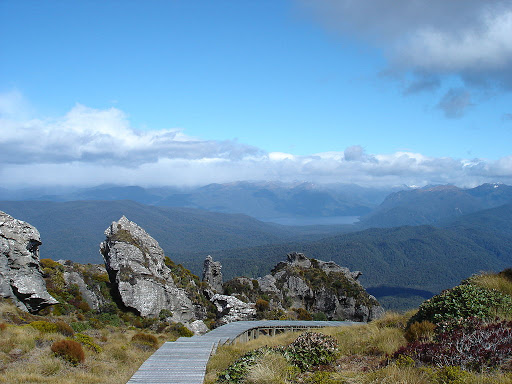 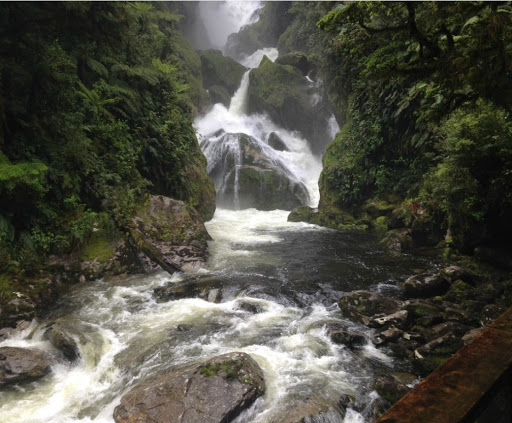 The area became a National Park in 1904, partly because the 4-day Milford Track from Lake Anu to Milford Sound had become popular, designated by various newspapers the World's Greatest Walk. The way everything about the history of Zealand is now described goes like this:

Quintin McKinnon and Donald Sutherland opened up the Milford Track in 1889 and began guiding tourists through the now world-famous route. (The Maori had long known of this route.) 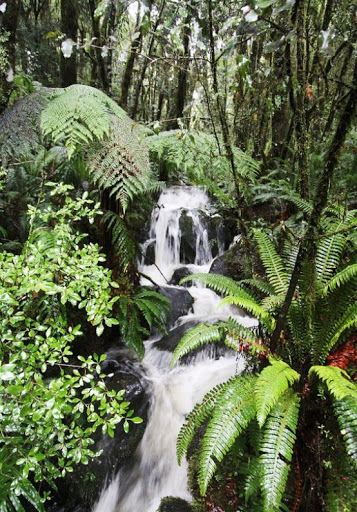 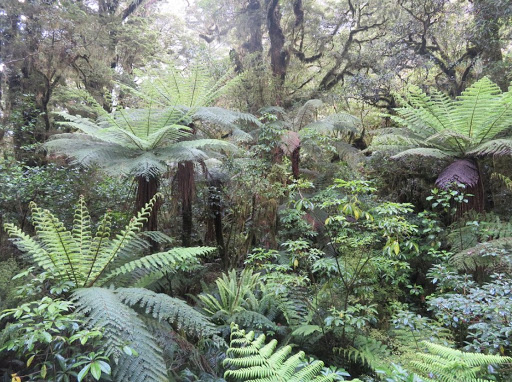 Inland around the lakes are vast areas of lush rain forest. Full of ferns, which are something of a national symbol to New Zealanders; when they recently had a contest to design a new flag half the finalists had ferns on then. 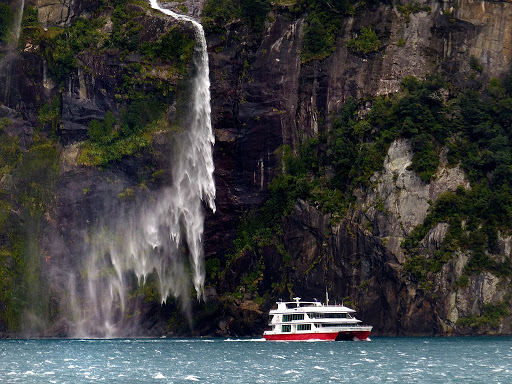 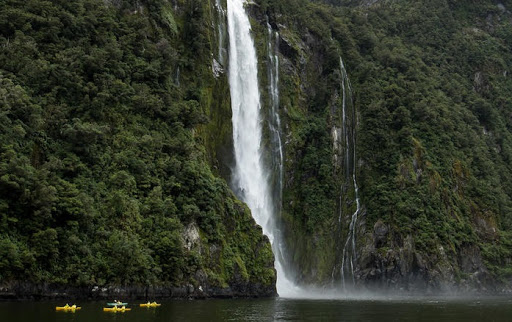 Many visitors explore the fjords by cruise boat or kayak. 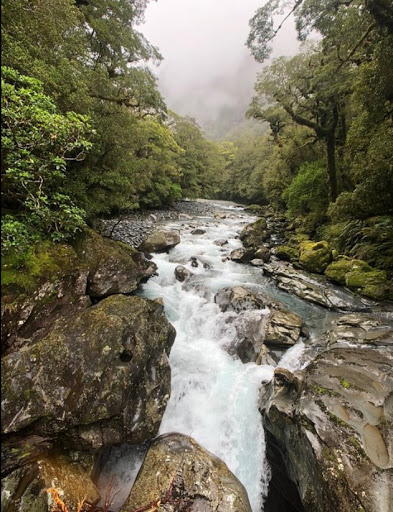 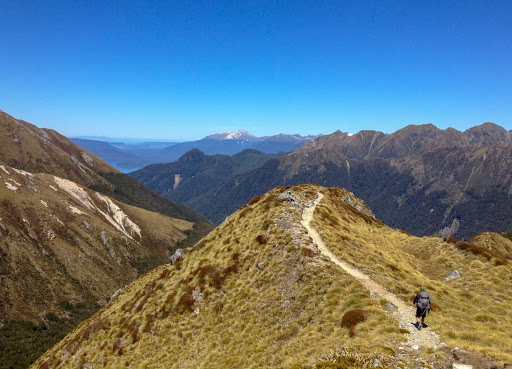 Reading over the "personal experiences" posted to TripAdvisor one frequently sees two kinds of comments: "best day of hiking in my whole life," and "nonstop rain." Experienced hikers of the longer treks say that if you didn't get rained on you didn't have the full experience. 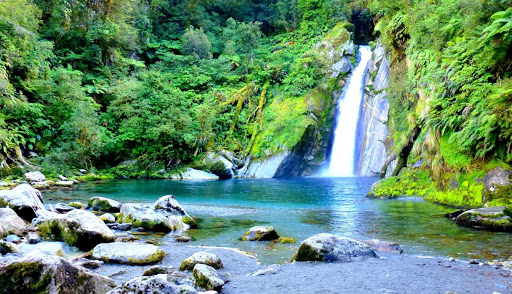 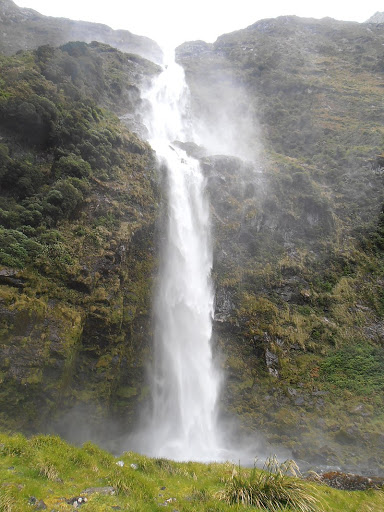 Waterfalls abound, including Sutherland Falls, one of the world's tallest. 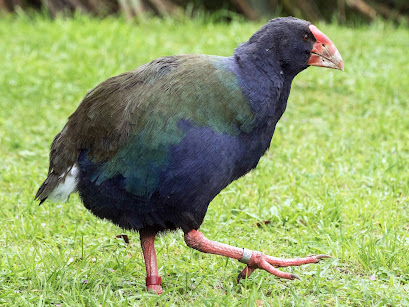 Wildlife includes kiwis, kackapos, and takahe (above). The fjords are full of seals, orcas, and dolphins. 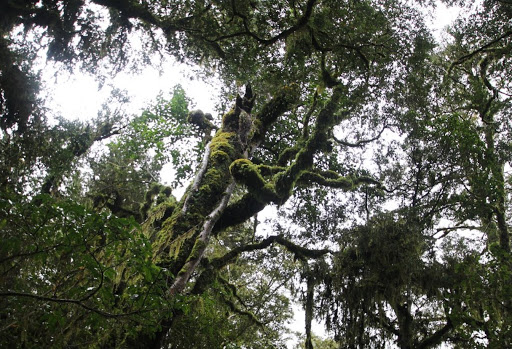 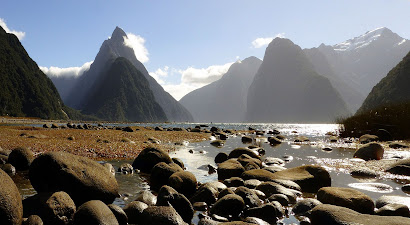 What an amazingly beautiful place. 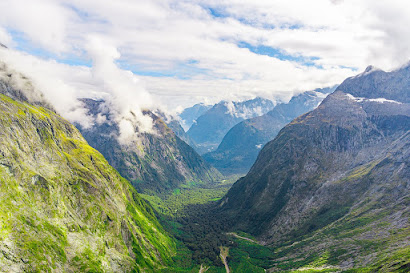 I dont think you can see a Kakapo. Too much endangered, few alive on remote islands with permanent watch