Is the Pandemic Self-Limiting? 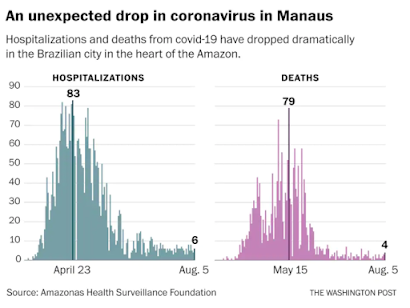 Interesting data from Manaus, Brazil, which had a very severe coronavirus outbreak, never did much about it, but has seen the pandemic fade in a way similar to cities which took more severe measures. Other places have relaxed their restrictions and seen second waves, but the second wave is always less deadly than the first.

It looks to me like the disease is shifting into a sort of chronic mode, still out there, still dangerous, but not the awesome killer it was when it first arrived.