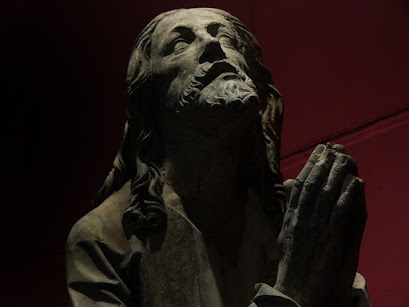 Man of Sorrows by Tilman Riemenschneider

Remember Frank Gehry's very controversial design for the Eisenhower memorial in Washington? Well, it is finally finished, although much modified, and the Washington Post likes it.

In the post-Soviet world, the fatter a nation's politicians, the worse the corruption.

Long Washington Post article on studies of why so many people seem to have partial immunity to the novel coronavirus, quite fascinating.

Inside the struggle to keep California's vanity plates clean and decent.

Peter Stearns ponders shame as an emotion and means of social control.

Matt Yglesias on the immigrant background of Kamala Harris.

Ezra Klein explores what John Maynard Keynes would have recommended in our current economic situation.

There are only two products which it is economically profitable to recycle: cardboard and aluminum. Therefore, they are the only ones that get stolen, and they get stolen a lot. The BBC on cardboard theft rings in Spain.

Katie Hill, who resigned from Congress after her affairs were revealed and nude pictures of her started circulating on the internet, is launching a comeback around a podcast to be called "Naked Politics with Kaite Hill." (NY Times)