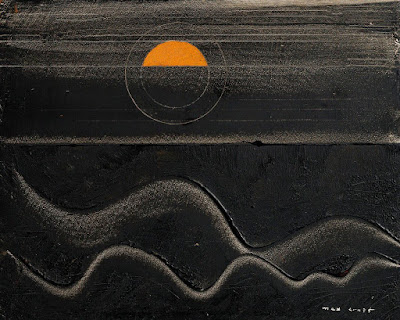 Max Ernst, The Sea and the Sun, 1926
What to do with fallen monuments? Russia has a park devoted to them.
Wonderful photographs of trees by Mikko Lagerstedt.
Good Washington Post article on superspreader events, and free like all their coronavirus coverage.
Inside Higher Ed reports on a study that found the biggest barriers to adults entering higher education are 1) time, and 2) self doubt. Cost is third. Tyler Cowen calls the salience of self doubt a "trivial" finding, in that everybody already knows it to be true, but it is nonetheless highly important.
Meanwhile in Libya, "As many as 2,500 Russian mercenaries from the shadowy Wagner Group have faced off against 3,500 Syrian civil war veterans recruited by Turkey in the proxy battle for control in Libya." Not to be outdone, the Russians have also started recruiting their own unit of Syrians. I guess if your country is a shambles and all you've done for five years is fight, mercenary work starts to look appealing.
The Silicon Tribesman photographs the Fairy Steps in Cumbria. If you like old British stuff – Roman forts, standing stones, hut circles – spend some time perusing the site.
John McWhorter thinks Robin DiAngelo’s bestselling White Fragility is racist, offensive to black people, and "the prayer book for what can only be described as a cult." I have now read half a dozen reviews of this book by black intellectuals and while some of them like DiAngelo better than McWhorter does they all seem pissed off that her book is raking in all the sales instead of something by James Baldwin, Richard Wright, or just about any other actual black person.
The solitary dolphin who has been living in Dingle Harbor, Ireland, for 36 years.
In Wake of Continued Gun Violence, Prominent Members of Black Community Call on NYPD to Bring Back Anti-Crime Unit
The cliff villages of Bandiagara, Mali, some of which look eerily like cliff villages in the US southwest.
Architecture and the Americans with Disabilities Act (NY Times). I continue to think that the ADA is a good model of how to deal with conflicts over civil rights issues. I guess that's because the disabled come from all ethnic groups and political factions, keeping things from ever degenerating into rank partisanship. Plus the police rarely kill people in wheelchairs.
The collapse of the Lebanese economy, which seems to be largely driven by massive corruption and theft by insiders. Shocking.
Great NASA video made of rover images from the surface of Mars; conveys the feel of the landscape better than anything else I have seen.
Slate Star Codex is back online, for now anyway.
Posted by John at 7:05 AM

"Plus the police rarely kill people in wheelchairs."

Well, sure - people in wheelchairs are rare.

Although, really - they should be. Unless they have a gun, it is absurd to imagine that someone in a wheelchair could pose enough of a threat to the police or society to require the use of lethal force in all but the rarest circumstances. And I imagine the percentage of disabled individuals who own guns is much lower than those who are not disabled.