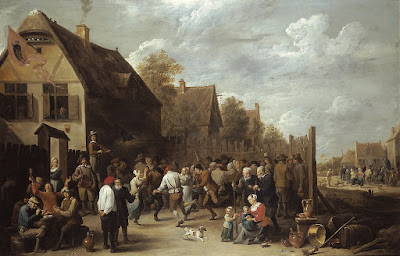 David Teniers (1610-1690) was a wildly productive Flemish painter best known for his depictions of peasant life. He was famous and successful in his own time and has remained so ever since. Above is a typical Teniers work, Peasant Festival (1645). 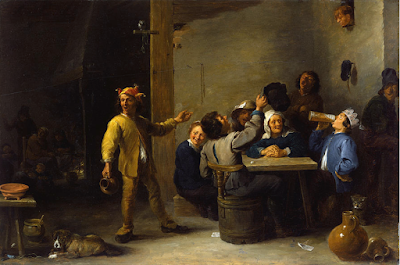 As you probably guessed, Teniers was the son of another painter named David Teniers, who seems to be completely forgotten except for one series of works he did together with his son. The son's career up to 1650 was so typical as to be downright boring, a gradual rise through the ranks of the painters' guild in Antwerp paralleling a steady rise in the prices his work commanded. This is my favorite documentation of peasant life among Teniers' works, Peasants Celebrating Twelfth Night (1644). Put on silly hats, get drunk, laugh. 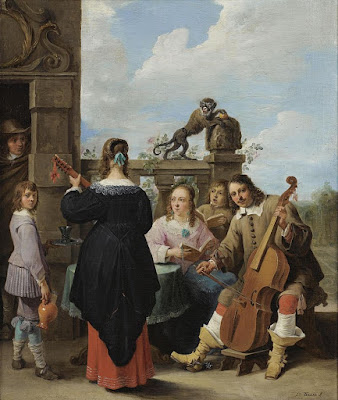 A wonderful evocation of the bourgeois ideal of family life: Self Portrait with the Artist's Family performing a Concert, 1640s. 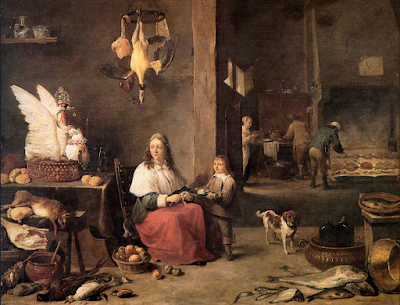 I like The Kitchen, obviously set in the home of someone very rich, because you can see how they put the feathered skin back on swans to serve them as the centerpiece for elaborate dinners. Moderns think swan tastes terrible and wonder if medieval people even ate it after all this trouble was gone to, but the answer seems to be yes. Tastes change. 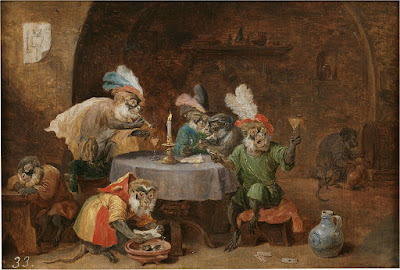 Later in his career Teniers painted dozens of works showing monkeys dressed as humans, doing human things. These were a big fad at the time and perhaps say something about how contemporary wags felt about human life. After all the 17th century rivals the 20th as a time when amazing progress in knowledge, wealth, and creativity were balanced by war, destruction, persecution, environmental devastation, extreme ideologies, and so on. Hence, monkey people. 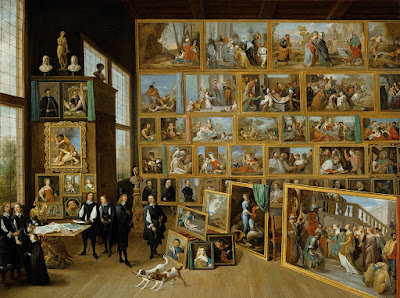 In 1652 Teniers became court painter to Archduke Leopold Wilhelm, who ruled Flanders for the Habsburgs. He did multiple paintings of the Archduke's collection of paintings, an interesting sort of meta-art. 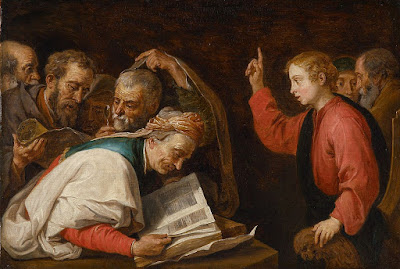 Teniers painted in pretty much every genre known at the time: still life, history, portrait, religious scenes, and so on. Here is Christ Among the Learned Men, 1650s. 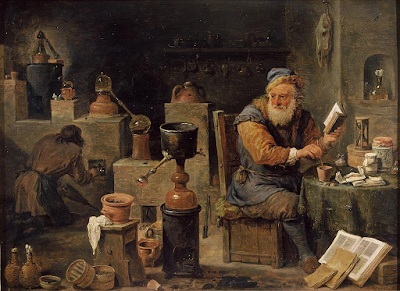 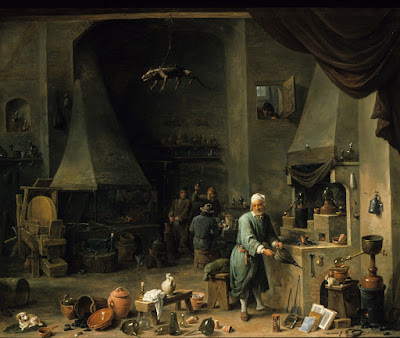 What drew me to Teniers was his depictions of the arcane side of 17th-century life, alchemy and witchcraft. Above are two versions of The Alchemyst in his Laboratory. 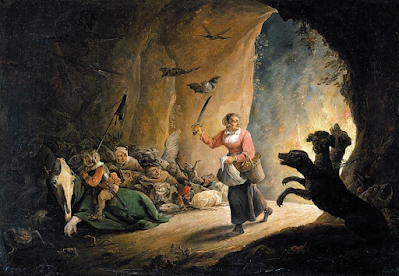 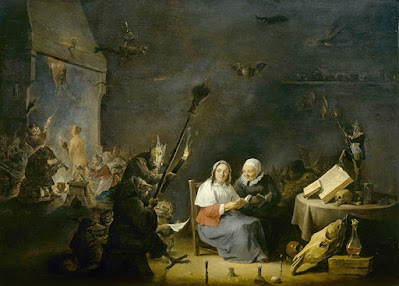 Two witch paintings, Dulle Griet (aka Mad Meg, a famous witch of Flemish folklore) and The Witch's Initiation. It seems that the older woman is teaching the younger one how to congress with demons. 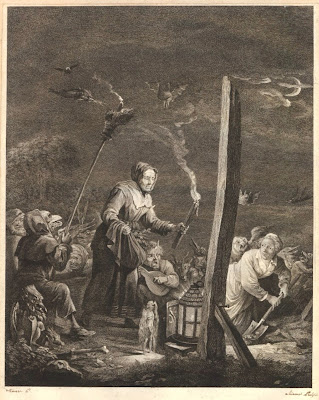 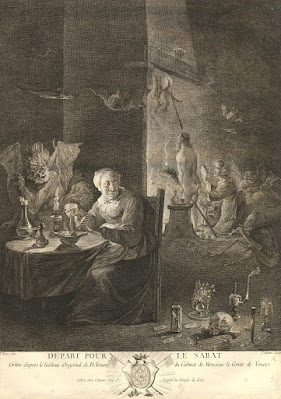 Those are the only two Teniers witch paintings of which I have been able to find decent images online, but I know there were many more because I have found a dozen in engravings made after Teniers' paintings. Above, The Sabbat and Departing for the Sabbat. 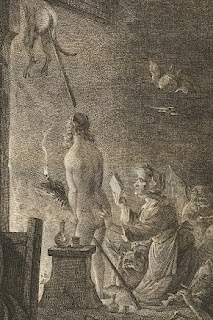 Notice the way the brooms are ridden. Depictions of witches riding with the straw in front and behind were both common in the period, so the point seems to have been in dispute. Here the straw is lit, a detail I am not familiar with. A light for the way? Or did the witch inhale the smoke, an allusion to people entering trances by inhaling the smoke of certain plants, something that had been described in 17th-century ethnography from the New World and Siberia? 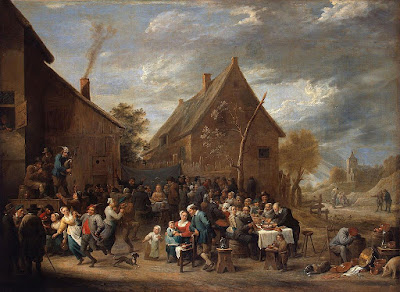 As a historian you have to envy people who study Holland and Flanders in the 1600s for these amazing recreation of ordinary life that they have in such abundance and the rest of us have almost none of. (above, Peasant Wedding; below, Peasants Playing Bowls) 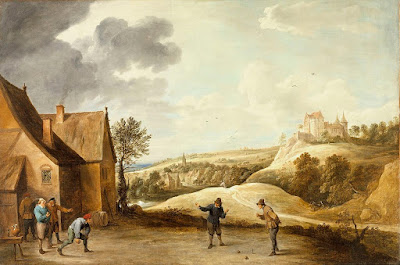