The Effigy Mounds of North America 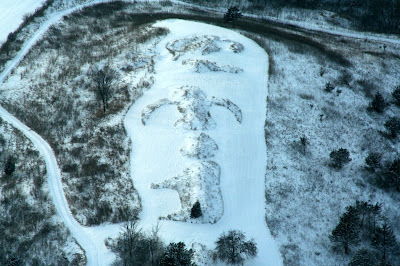 In southern Wisconsin – and, since ancient Indians did not know about state boundaries, a little into Iowa, and a little into Illinois – are dozens of strange mounds shaped like beasts and birds. 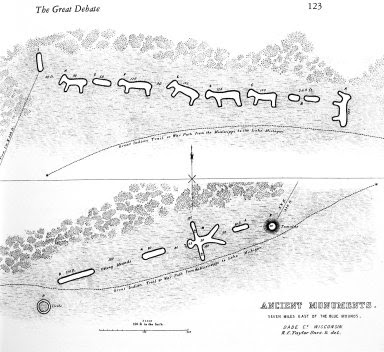 The most common shapes are birds and bears. These maps made by pioneering archaeologists are important, because since their time many mounds have been lost to plowing, road building, and the growth of towns, and most have suffered erosion and other damage. These days most are 3 to 6 feet tall (0.9-1.8 m). 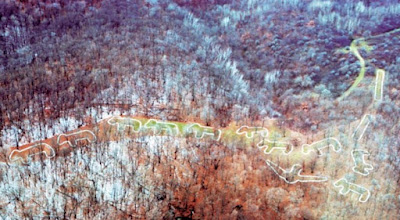 They are difficult to date because later people sometimes dug burials into them, placing their own dead in ground consecrated by the ancients. But modern thinking is that they were built between 600 and 1200 AD, with some experts opting for a more constricted range of 700 to 900. Archaeologists call the builders the Effigy Mound Culture, and they were not at all related to the Mississippian "Mound Builders" of Cahokia and Etowah. 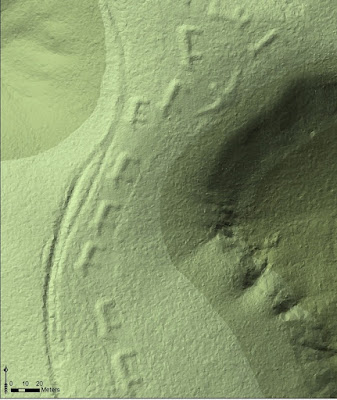 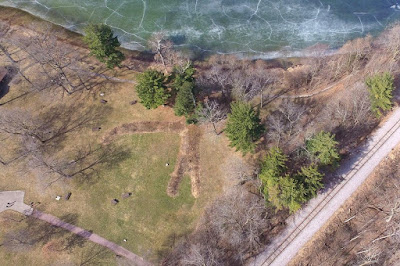 Here is what I think: for some people, in many different times and places around the world, spirituality becomes attached to moving dirt. Building mounds and earthworks becomes the defining holy act. So when these people wanted to honor the gods or honor a great human leader or define some place as sacred, they reached for the baskets and the digging sticks.

Other people had the habit of honoring the gods with stone or wood, or music and dancing. 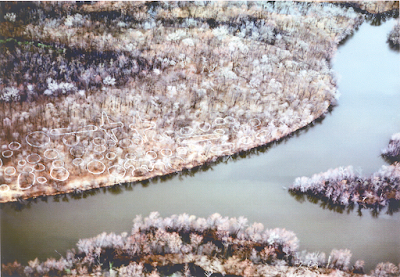 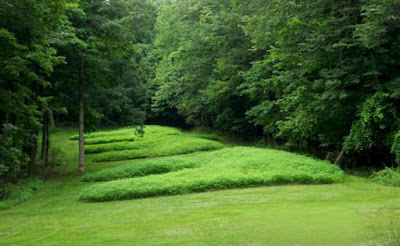 So to the extent that they have a meaning, it is that people want to put effort into their faith. They want to labor for the gods, for their heroes, for their community. 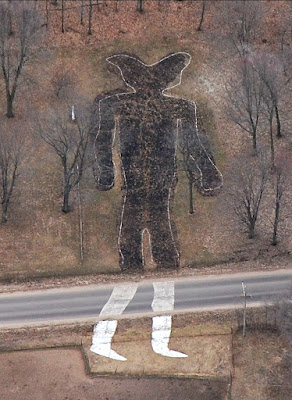 The Effigy-building people left their mark on the landscape in a dramatic way, and it is marvelous that we can see their works and feel some of the awe and wonder that hangs about these sacred places. 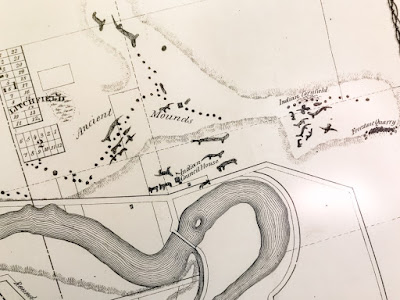 In southern Wisconsin – and, since ancient Indians did not know about state boundaries, a little into Iowa, and a little into Illinois – are dozens of strange mounds shaped like beasts and birds.

I understand your intent here, but I wish you'd chosen slightly different words.

First up, ancient Indians? We're not talking about Chandragupta Maurya. Native American or First Nations, if you please.

This isn't a personal attack. This isn't a judgement. Everyone makes mistakes, everyone misspeaks, etc.

Obviously you meant to give no offense, but your unintentional choice of words reinforced two very different ugly stereotypes - first, the erasure of awareness of these people as some of the original inhabitants of these lands; and second, the belief that these people were ignorant or less intelligent.

Do you know any Indians? I do. I have Indian friends. They call themselves Indians.

"Some of my best friends are Indians!"

You're coming off as incredibly tone deaf here.

How you relate to people in your own life, and what epithets they personally are okay with you using for them, or that they even apply to themselves, is irrelevant.

You're a professional historian, addressing the public at large, and discussing a topic which has a lot of sensitive cultural baggage. That's a different context, and your behavior and word choice needs to reflect that difference.

You wouldn't say, "Do you know any n*****s? I do. I have n*****r friends. They call themselves n*****s." Why? Because despite whatever personal feelings you and your friends have about the acceptability of the n-word, society at large doesn't agree with you and responds very negatively to its usage.

Obviously "Indian" isn't anywhere near as offensive of a term, and society at large is much more tolerant of it, but it's still problematic, even if less so.

At best, it's inaccurate and misleading, and reinforces ignorance and cultural insensitivity, and thus is wholly unprofessional for a career historian to use.

At worst, it's a term which offends marginalized people whose identities it actively undermines and erases, even if you personally don't intend that to be the result.

And let's be brutally blunt and honest here - what's your motivation for not employing a less controversial choice of words? What in the world does it cost you to say "Native American" or "First Nations" instead, and why is that an unacceptable burden? Do you simply not want to make even the smallest of efforts, even when doing so makes your speech demonstrably more accurate and respectful? Is your linguistic complacency more important to you than speaking in a more positive manner?

And all of this is totally ignoring the much bigger issue of your crassly painting "Indians" as somehow being ignorant because they "didn't know about" state lines that didn't exist yet. That's the FAR more offensive statement, and yet you don't even respond or acknowledge the complaint against it.

All of that said, again, please understand - this is not a judgement or condemnation of you as a person. I don't think you're a racist, or a bigot, or whatever else.

But the fact remains - that thing you did? Those words you said? They're a problem. Not a big problem. In fact, in the grand scheme of things, they're a very small problem. But even a small problem is still a problem. And you have the opportunity, and the responsibility, to address that problem.

And the good thing is, because it's a small problem, the solution is similarly small. No one is asking you to move mountains. You are being asked to make a very tiny change to your word choice, which will result in an exponentially greater benefit to both yourself and others. The merest of efforts on your part will result in a wildly disproportionate increase in positivity on everyone's parts.

Please just use slightly nicer, more respectful, more considerate words. It costs you effectively nothing, and you will gain so much.

...or at the very least, it will prevent people from being offended when you didn't mean to offend them, and you'll have fewer avoidable confrontations with others.