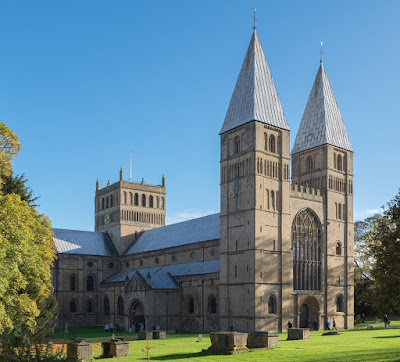 Southwell Minster is a minor and mostly forgotten English Cathedral in the middle of the island. 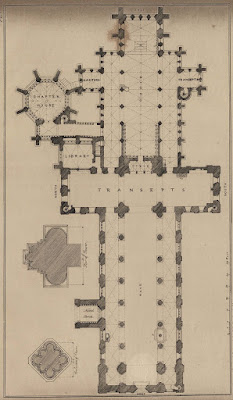 It is a stylistic chimera, 2/3 Romanesque and the rest Gothic. As you can see on this plan, the nave and transept (lower half) are in a solid Norman style, while the choir and the attached chapter house are Gothic. 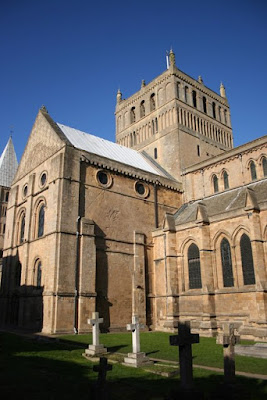 The foundations and crypt go back to the 10th century, but the oldest parts of the above-ground construction date to the 12th century. Wikipedia cites somebody named Nikolaus Pevsner who calls this "an outstanding achievement of severe Romanesque design." 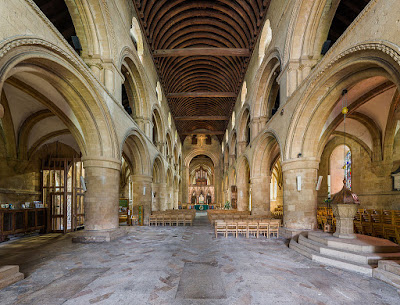 The arches along the nave. The roof is modern, since the medieval one was destroyed by fire in 1711. 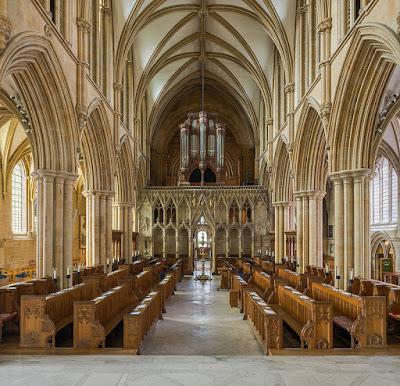 And the choir, an early Gothic work completed in 1241. 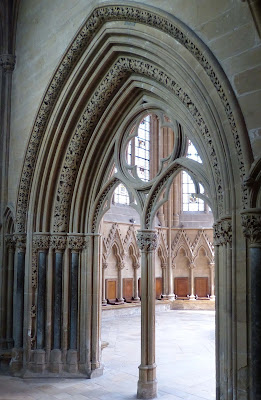 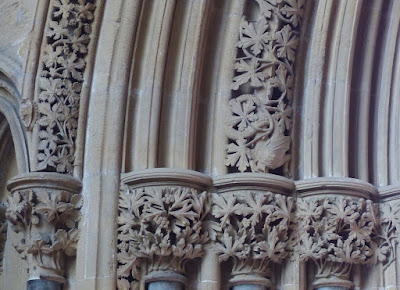 The most famous thing about this church is the stone carving in the Gothic sections, and in particular the profusion of leaves and green men. This is the entrance to the chapter house. 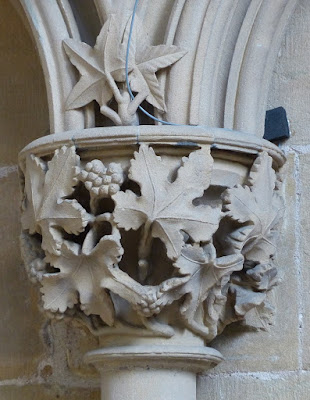 The five-lobed leaf is hops. Fans of hops have taken a million pictures of these leaves and posted all of them on the internet. 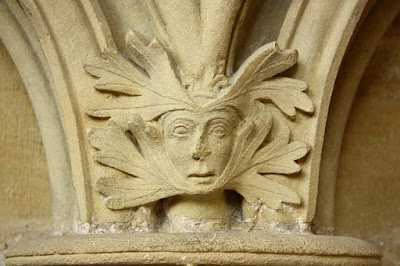 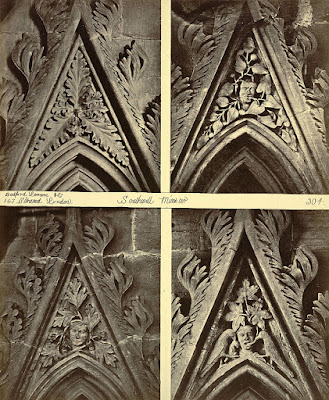 And more. Green men abound in the churches of this part of England, and this is also where Gawain and the Green Knight was supposed to have been composed, which makes some people wonder if there was more than the normal amount of residual paganism in the area. Or maybe it was just a style. 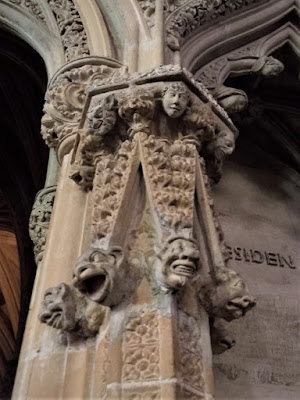 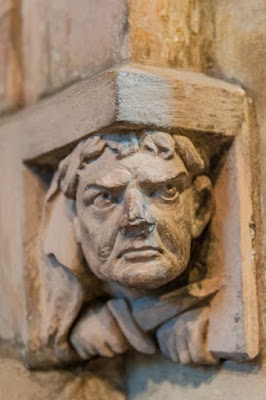 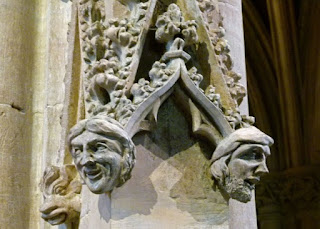 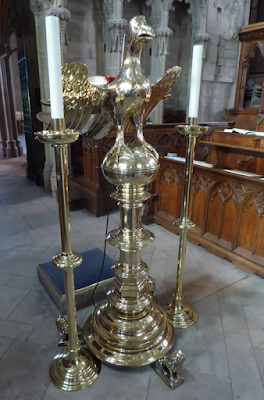 This fascinating object is the "Newstead Lectern." According to all the sources I can find, this belonged to the monks of Newstead Abbey. When their monastery was dissolved and the king's men came to take away all their valuables, the monks threw it in a fishpond, where it remained until the pond was drained and the startled workmen found it emerging from the muck. It was donated to Southwell Minster in 1805. 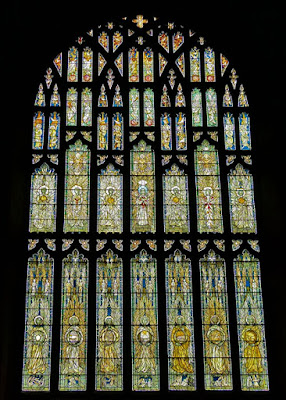 Very little of the stained glass is medieval, but some of it is still wonderful. The glass in this window dates to 1996. It was designed and painted by Patrick Reyntiens, who described it as “a great gathering of angels enjoying being with God; just all joy and worship.”

And this window, designed by Nicholas Mynheer , was installed in 2014 as a memorial to the local men who died in the Great War. 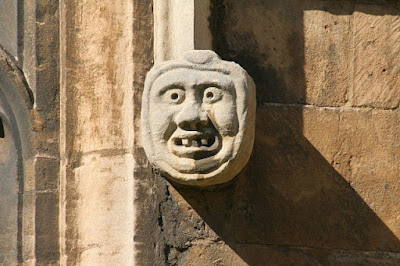 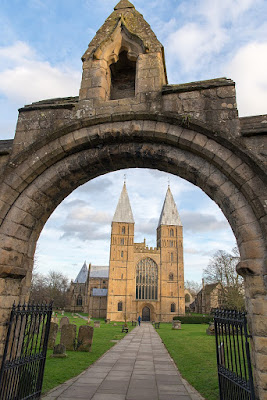 Wonderful! I love the carved heads. The fellow with the knife is so expressive.

And the man in the second to last pic: "Cracking toast, Grommet."

If you are interested in British buildings you should get to know Pevsner . He wrote comprehensive architectural guides to all ((I think) the British counties. They are 50+ years old now, but fortunately most of the buildings he wrote about are still here.