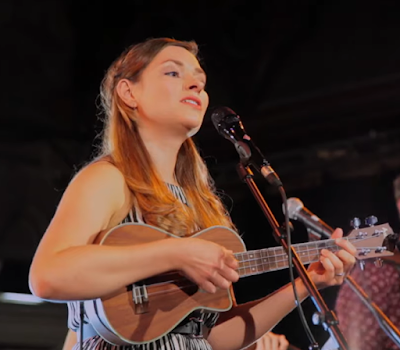 Scottish "Musical Storyteller" Claire Hastings, the BBC "Young Traditional Musician of the Year" in 2015, had a great album last year, Those Who Roam. I discovered it from Ted Gioia's list of the year's 100 best recordings. Some songs on YouTube:

Sample lyrics, not entirely clear for Americans, but you can get the gist:

For the plooboy lads are gey braw lads
But they’re fause an deceiving
For they’ll tak a’ an they’ll gang awa
An leave the lassie’s greetin
Posted by John at 5:49 PM

I have been reading historical mysteries set in Scotland in the last of the 18th and first of the 19th centuries. I know the meaning of those lyrics thanks to Lexie Conyngham :) (The Murray of Letho series is for the most part superb!)