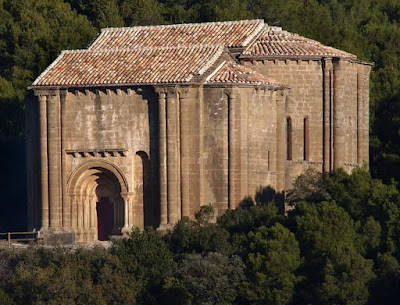 Not far from the town of Agüero in Huesca, Spain, is the "enigmatic and unfinished" church or hermitage of Santiago de Agüero. There is no record of who built it or when or why. Architectural historians have dated it to the mid 12th century.

The builders started out with large ambitions, a basilica with three naves. But then they stopped, walled off the building less than half way done, and moved the main entrance to what would have been the side. One theory is that the church was begun as a monastic retreat for Ramiro II of Aragon, who retired from rulership in 1137 and handed his realm over to his son-in-law, Count Ramón Berenguer IV of Barcelona. Ramiro died in 1157, and perhaps what we have is what was built while he was still alive. After his death, no one saw the need for such a grand monastery in this place, so they stopped. 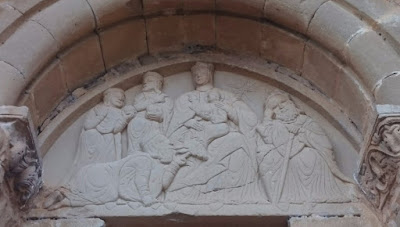 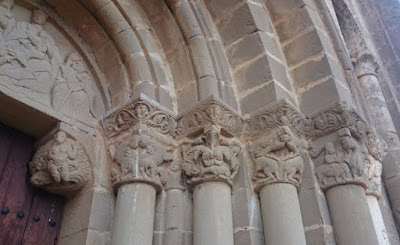 The most famous thing about the church is the Romanesque sculpture of the entrance. 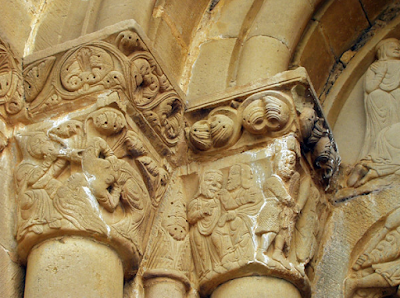 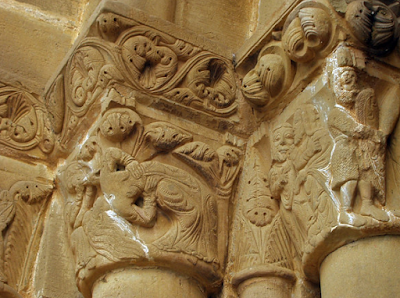 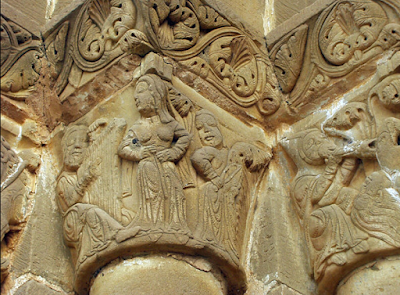 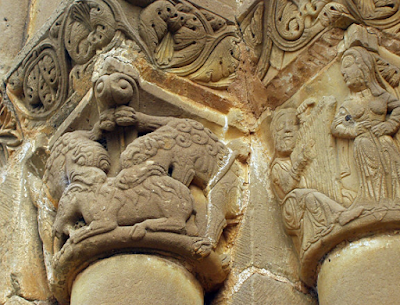 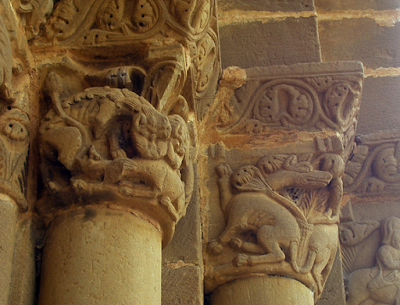 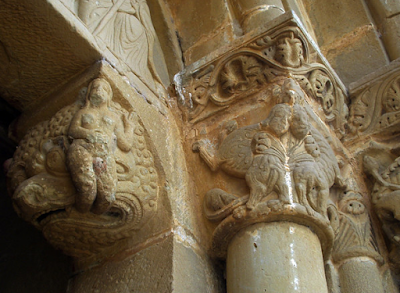 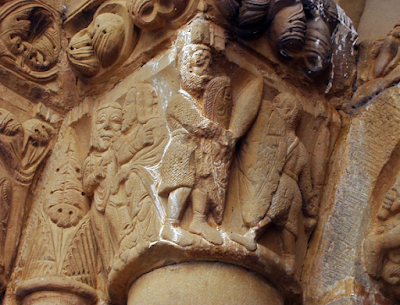 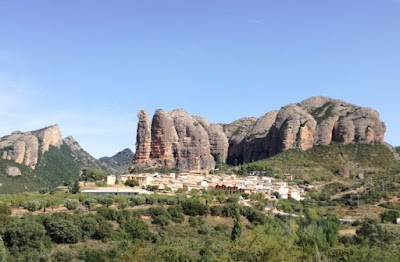 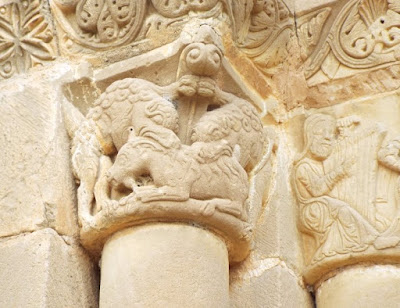 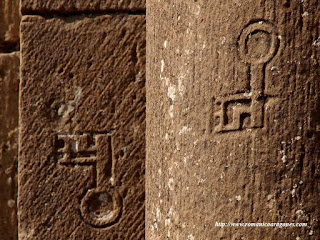 The stones have many delightful mason's marks. I'm working from home this week, a retreat of a different sort, thinking about the men who withdrew from the world to this strange and delightful place. Some of these are from the wonderful Juliana Lees.
Posted by John at 8:03 AM

So did it see actual usage historically, or was it only active in more modern times?

It's not entirely clear from the way you describe it whether it was abandoned when construction stopped, and I can't quite confirm either way via search engine.

I would assume it must have seen usage if the site remained inhabited, but it's clearly a remote location and I couldn't figure out how old the village itself is, and whether it existed at the time that the hermitage was being built, or if it only cropped up around the hermitage in more recent centuries.

On winter solstice, at 12 am, the sun lights the only column with a king figure. The others are with floral motivs.