The Mantis Man of Teymareh 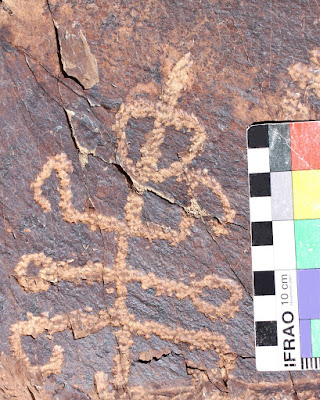 Perusing the images from a major photographic survey of rock art in central Iran, archaeologists noted this figure. The pose is a common one called the "squatting man", except that this particular figure has extra limbs, two of which are hooked like those of a praying mantis. So they call this a Mantis Man. That's a bold claim because images that combine humans with insects are vanishingly rare before modern times. Still, could be. Scale in centimeters. The carving was likely done between 7,000 and 4,000 years ago. Below, more images of rock art in the Teymareh Mountain locale, from this site: 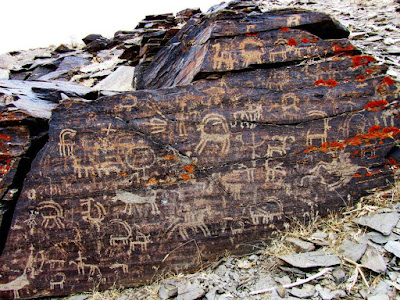 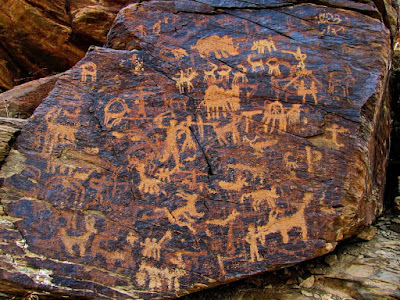 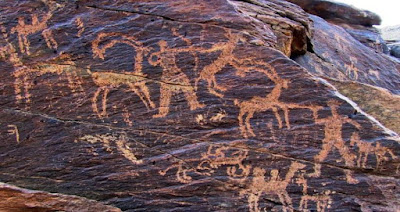 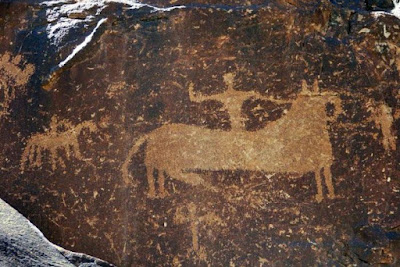 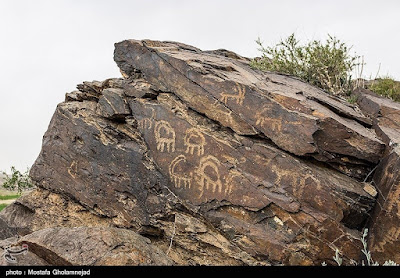