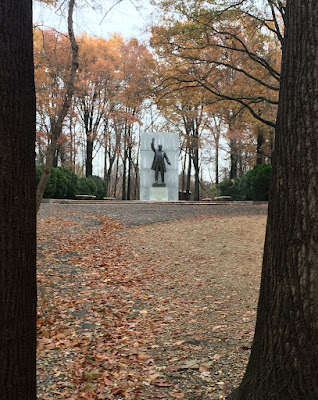 Short review of a book on how childhood shapes your later life.

Crazy Times story about feuding billionaire neighbors in the Bahamas, with allegations of sexual abuse, witness tampering, and more.

Love among scientists: "You have the most beautiful data set," he said. . . . she went to the library and checked his citations.

There is, apparently, a whole genre of essays complaining about the marketing ploys of "late capitalism" without drawing the obvious inference that maybe you should stop relying on buying things to make you happy.

Kidnapping in Haiti: "No one is immune."

Traveling the Silk Road through Uzbekistan and Tajikistan.

The actual story of Typhoid Mary.

Photographs of Notre Dame under restoration.

At the Times, historian Richard White has an interesting take on where Bernie Sanders fits in the tradition of American socialism (the 19th century, not the 20th).

The Unmitigated Pedant takes on what he calls the "Fremen Mirage" – the belief that the barbarians of desert or steppe are morally superior to, and tougher in battle than, decadent civilized farmers – in a long multi-part post.
Posted by John at 6:54 AM