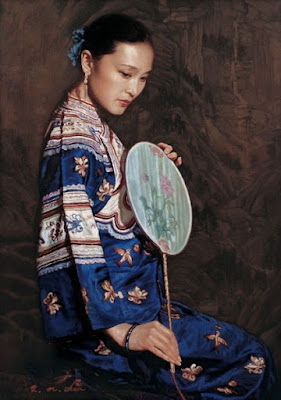 Chen Yifei (1946-2005) was one of the leaders of the still-onrushing wave of big-money Chinese artists. I like his paintings and his career reflected modern Chinese history in interesting ways. 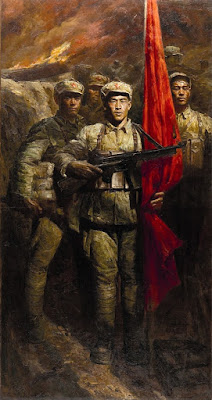 Chen Yifei was born in 1946 in Ningbo, in coastal Zhejiang Province, but he grew up mostly in Shanghai. Showing talent in art, he was sent to study Socialist Realism at the Shanghai College of Art. When he graduated, in 1965, the Cultural Revolution was in full swing, and his early attempts at painting got him denounced for “capitalist behavior.” He responded by throwing himself into official propaganda, executing several huge portraits of Mao and a lot of stuff like the painting above, Red Flag No. 1. 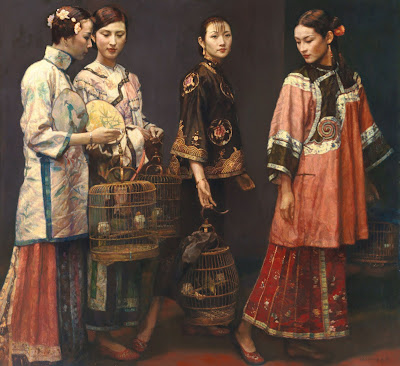 In 1980, as China started to open up, Chen went to the US to study; he later said that he arrived with $38 in his pocket, no job and no place to live. He found a job as an art restorer and enrolled at Hunter College, eventually earning an MA. 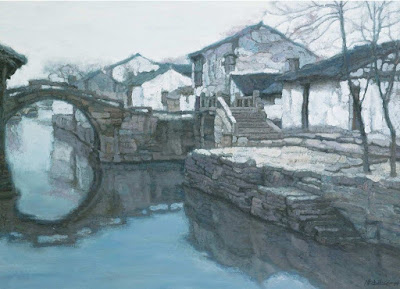 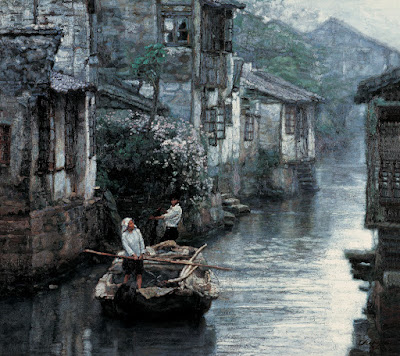 He returned to China in 1990 and went back to Shanghai. Over the next few years he painted numerous scenes of the town of Jiangnan, famous for its canals. 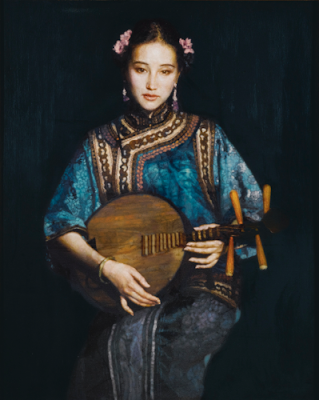 He also began painting the works that eventually made him rich and famous, of beautiful Chinese women in vaguely traditional garb. In the 1990s some critics denounced Chen for his commercialism, but I suspect there was a political point to his work. By getting rich he was showing his contempt for the communist system that had humiliated him and his enthusiastic support for the more open, capitalist China that was growing up in Shanghai. You can also read these works as celebrating both pre-Maoist Chinese culture and beauty for its own sake, things one was not allowed to champion under orthodox Maoism. 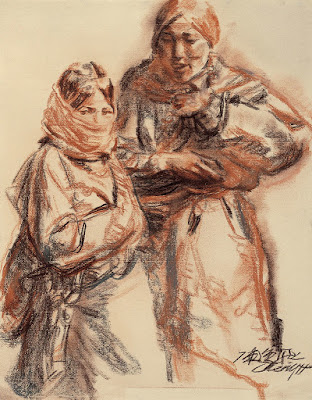 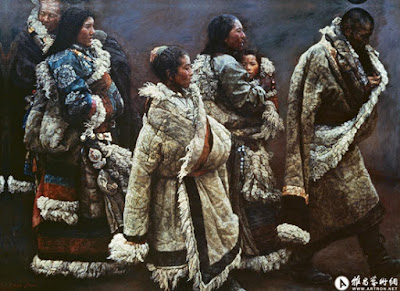 Chen made several trips to Tibet and painted the people he met there. 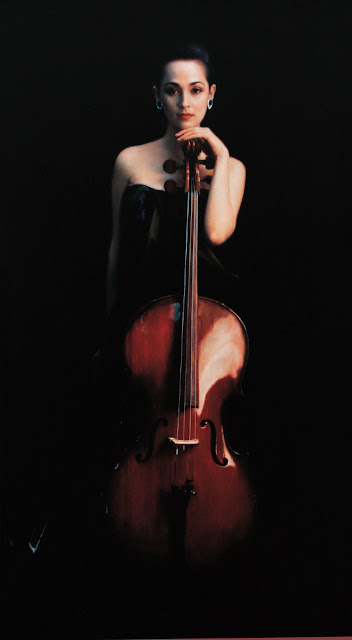 As China got rich he got rich with it, and now his paintings sell for millions.
Posted by John at 9:11 AM

Beta-readers are indeed extremely important in your process. They will catch mistakes even you or a proofreader didn’t catch, and give amazing tips on how to develop further your story. I used https://honestbookreview.com to get a few reviews and also promote my book. Hopping to be in the top 100 genre lists and see better sales this Christmas season…