Our Lady of Reims 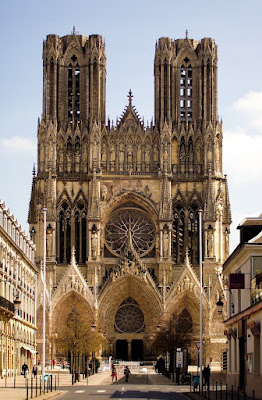 Thirty kings of France were crowned at Reims, beginning with Clovis in 496 and ending with Charles X in 1825. 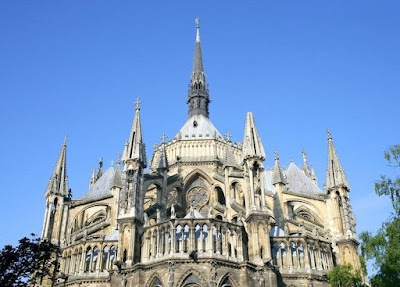 In 1429 Jean of Arc led the French army that seized Reims from the English, allowing Charles VII to be crowned in the cathedral as was proper for a French king. This is widely considered to the turning point of the last phase if the Hundred Years War. 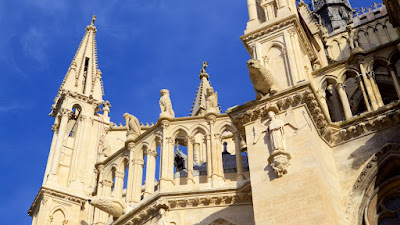 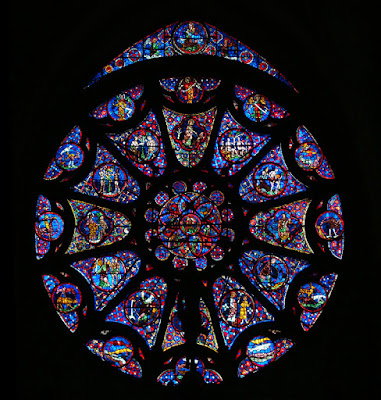 The older cathedral that stood here was destroyed by fire in 1211, and construction of the new one began soon after. Since Reims was a wealthy archbishopric and also had royal patronage, the construction was unusually rapid and the church was open by 1238 despite a three-year halt caused by a violent struggle between the cathedral chapter and the town that broke out in 1233. (The townspeople rose up against the bishop's taxes and the fact that disputes over them were settled in his own court -- unfairly, they thought -- and drove him out, and he responded by placing the town under interdict, which went on for three years.) 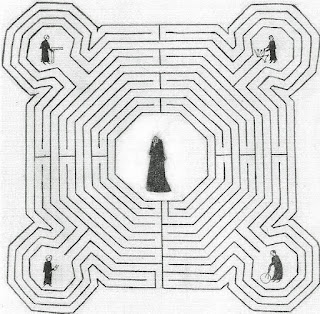 The church was largely complete by 1330. Wikipedia:


Unusually the names of the cathedral's original architects are known. A labyrinth built into floor of the nave at the time of construction or shortly after (similar to examples at Chartres and Amiens) included the names of four master masons (Jean d'Orbais, Jean-Le-Loup, Gaucher de Reims and Bernard de Soissons) and the number of years they worked there, though art historians still disagree over who was responsible for which parts of the building.The labyrinth itself was destroyed in 1779 but its details and inscriptions are known from 18th-century drawings. The clear association here between a labyrinth and master masons adds weight to the argument that such patterns were an allusion to the emerging status of the architect (through their association with the mythical artificer Daedalus, who built the Labyrinth of King Minos).

The canons responsible for destroying the labyrinth said they did so because children kept playing on it during mass, but I think we can safely assume that this was another skirmish in the millennial struggle between the Church and the Enlightened Master Masons over the fate of our souls. And if not, why hasn't someone put this in a famous thriller yet? 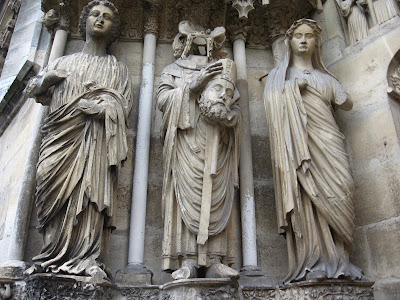 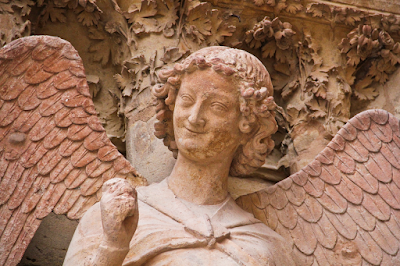 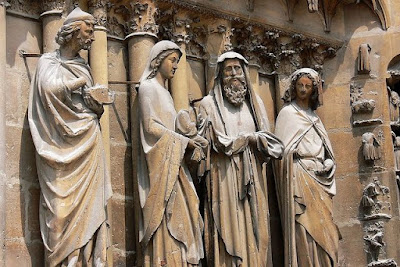 The church once had an amazing array of sculpture, although sadly much has been lost or damaged. 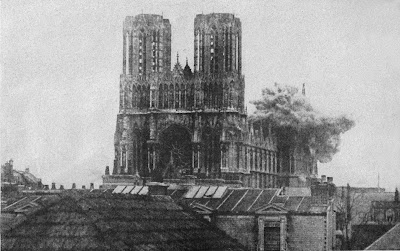 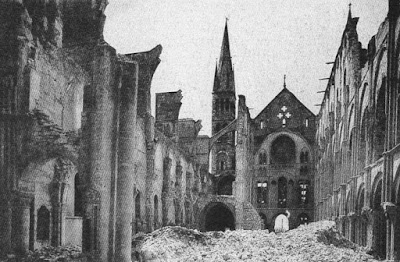 But of course the real reason I am writing about Reims now is that it was very heavily damaged during World War I, when the roof burned even more completely than that of Notre Dame de Paris this year. Witnesses said that when the lead on the roof melted it poured out of the mouths of the gargoyles. 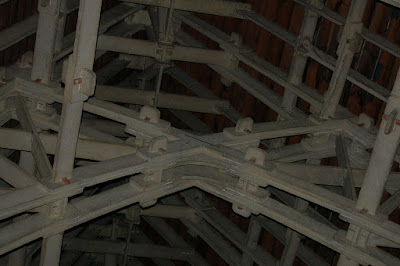 Reconstruction began immediately after peace was signed, with support from all over the world, including a generous check from John D. Rockefeller. Behold the steel roof beams. 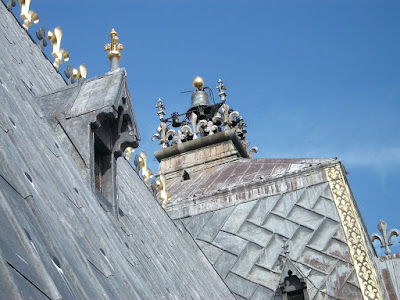 Yet the outside still looks wonderful. 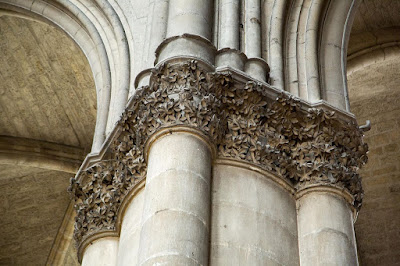 I am sure there were many debates about the reconstruction, and no doubt there are details offensive to purists. But the cathedral is still beautiful, still much praised, and still retains its ancient associations with French royalty. To me this is a model of how a great old building should be rebuilt. 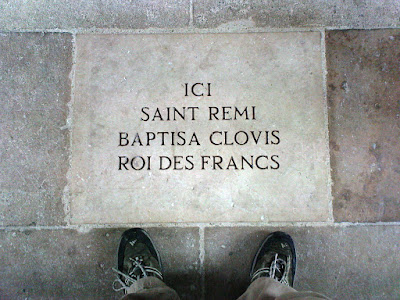